In the way: Heavy vehicles stopping in front of the bus stop at Jalan Gunung Rapat cause congestion and inconvenience to other motorists.

A BUS stop on Jalan Gunung Rapat in Ipoh is posing a danger to pedestrians and motorists as it is taking up about a quarter of the two-lane road.

1Malaysia Complaints and Service Centre chairman A. Matthew said the structure was a hazard as motorists, especially at night, as there were no signs to warn the public.

“There are no reflectors, lights or proper lines on the road to warn motorists.

“The Ipoh City Council should at least put these up so that people are aware of the structure that is sticking out,” he said.

“The bus stop is also built on a drain and the smell is terrible,” he added.

Matthew also said the bus stop would cause congestion if any heavy vehicle stops along the road.

“This will happen if a bus was to stop there.

“If it stops in front of the bus stop, it will be an obstacle to traffic,” he said.

“If it stops on either side of the bus stop, it will also cause traffic congestion and inconvenience to passengers wanting to board it,” he added.

Matthew said that it was a bad decision to have the structure there.

“A normal bus stop would have been built on a walkway at the side of the road and not on the road itself,” he said.

Businessman Almar Mastaza, 52, said he used the road very often and was concerned about the traffic jam that the structure would cause.

“I am from Pekan Razaki and I use the road to go to the market and back.

“As there is a traffic light at the junction into Jalan Sultan Dr Nazrin Shah, Jalan Gunung Rapat will have a queue of vehicles. 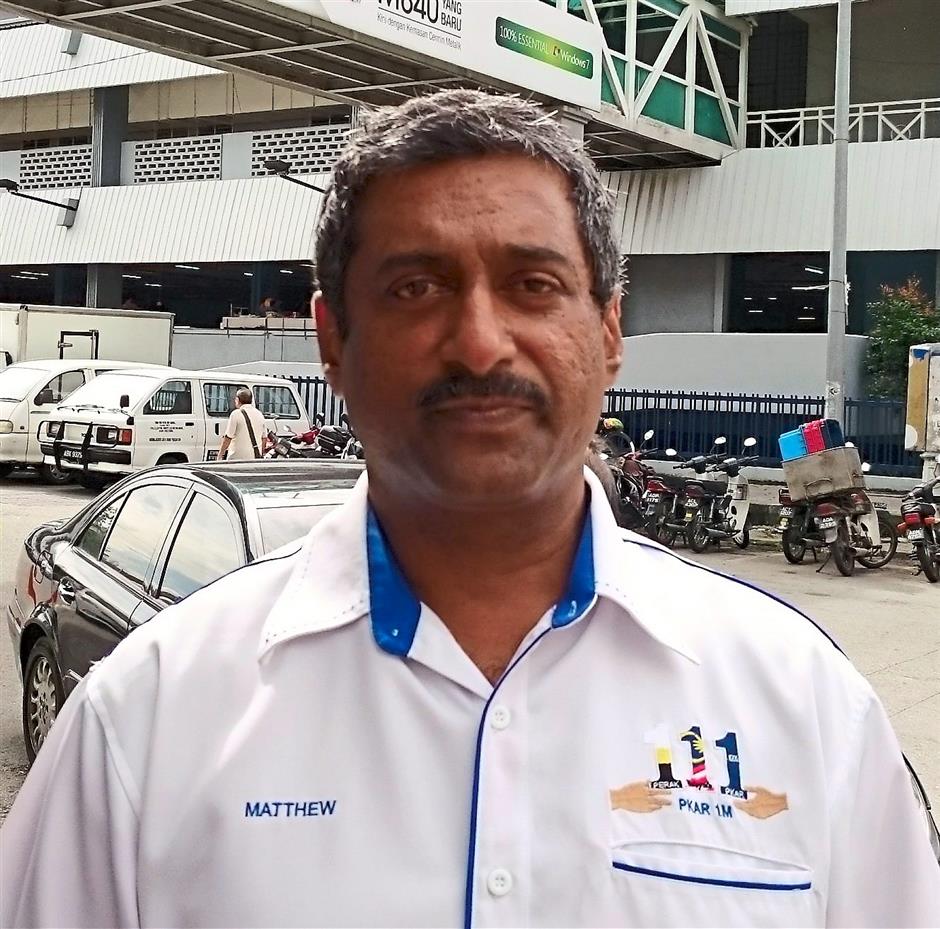 The Ipoh City Council should have reflectors, lights or proper lines to warn motorists as the bus stop is sticking out. — A. matthew

“Any heavy vehicles that stops there will cause a congestion.

“It will block the path of other vehicles wanting to turn left at the sliproad into Jalan Sultan Dr Nazrin Shah,” he said.

Almar said the situation was was also causing an inconvenience to the visually impaired.

He explained that there was a centre for the blind in Gunung Rapat and most of them used the side of the road to get to Megoplex where they trade.

“The blind may not be aware of the bus stop and it is an incovenience to them as they may trip over it,” he said.