By LIM MAY FANG 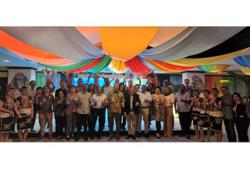 The writer’s friend Ong at the Kundasang War Memorial and Gardens. — Photos: LIM MAY FANG

Recently, my friend Ong Kui Hua and I travelled to Sabah together for a holiday. Ong is a Form Five History teacher from Seremban, Negri Sembilan, and she was interested in visiting the Kundasang War Memorial and Gardens in the state.

The memorial was to commemorate the nearly 2,500 Australian and British prisoners who died during World War II at the Sandakan Prisoner of War (POW) Camp, many of whom were casualties of the three infamous death marches from Sandakan to Ranau.

The memorial also serves as a tribute to the many local people who risked their lives while aiding the prisoners of war.

Kui Hua said, “I recall the American folk song Where Have All The Flowers Gone, which refers to dead soldiers and their loved ones.

“Sadness grips my heart as war brings grief to countless women and children, who lose their husbands and fathers respectively due to bloody conflicts planned by leaders who never chose the path to peace.

“These magnificent gardens are truly a fitting tribute to the foreign soldiers who courageously fought off the enemies of Sabah,” said Kui Hua. 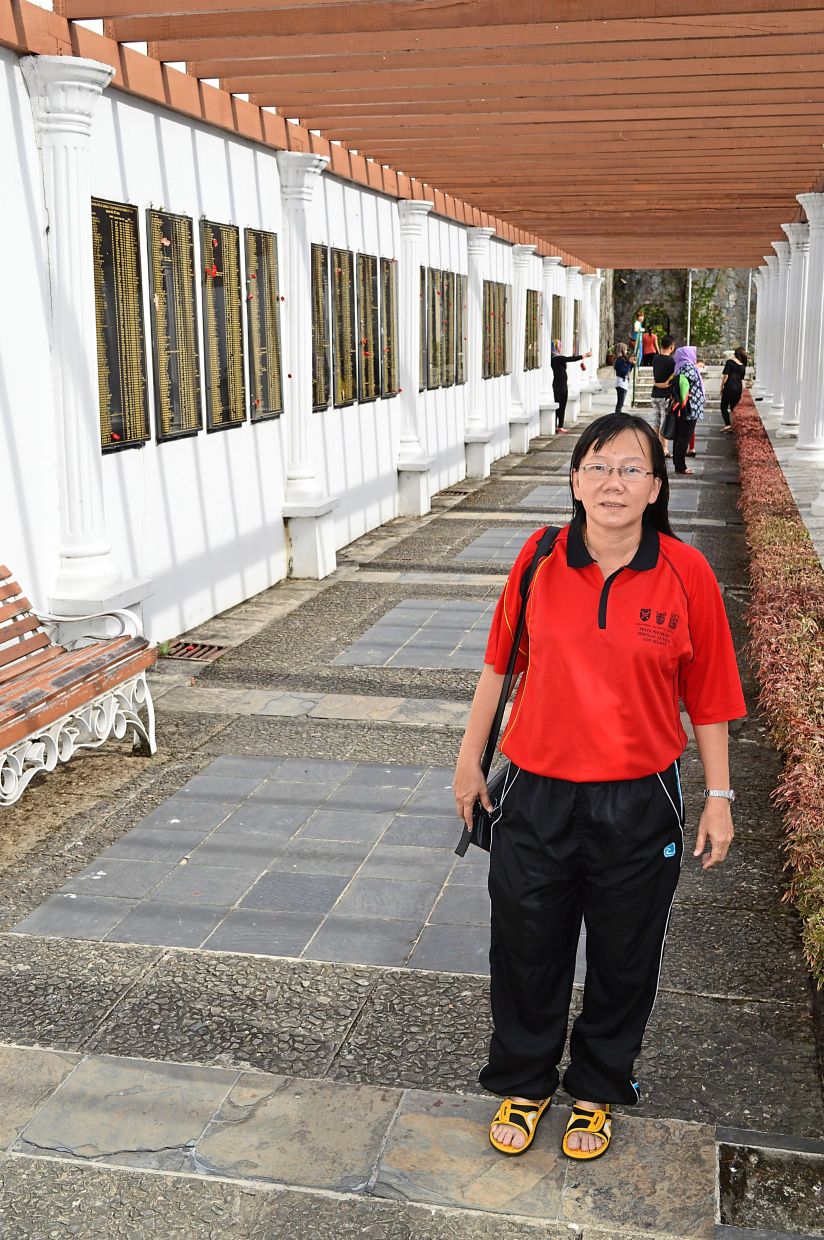 At this corridor, you can find many plaques which are inscribed with the names of the people who died during the Death March.This historical site is located on a hill immediately behind a big vegetable stall in Kundasang.

In 1962, Major G. S. Carter (Toby Carter), a New Zealander employed with Shell Oil Company (Borneo) initiated the building of the memorial, together with the launching of the Kinabalu National Park.

Only six Australians survived to tell the horrors they endured – none of the English soldiers survivors the Death March.

There is an Information Centre here that keeps all the mementos and some individual accounts about the Death March.

The Death March involved 2,428 Australian and British civilians who were caught by the Japanese Army and later forced to march from Sandakan to Ranau, a distance of 265km. They had to walk through the virgin jungles of North Borneo, and given little to nothing to eat or drink, and no rest.

This resulted in many of the civilians dying en route to Ranau.

Locals also risked their lives to help the prisoners of war, but in doing so, many were caught and killed.

On record, there were 1,800 Australian and 600 British POW who died; most of them were young men in their twenties. All the names of the prisoners of war from the Australian and British were inscribed on plaques found at the memorial.

Designed by J.C. Robinson, a local architect, the memorial was built like a fort. It has four interlocking but separate gardens to represent the homelands of those who died: An Australian Garden, a formal English Garden that’s filled with roses, a Borneo Garden which is the “heart” of the fort, and the Contemplation Garden, which has a reflection pool and a pergola.

A variety of flowers, ferns, and grass turf fill the Australia garden, while wild orchids and rare exotic orchids are the main features at the Borneo Garden.

To commemorate the 60th anniversary of the end of World War II, the memorial was restored in 2005 by Sevee Charuruks. No government funding was available for this major restoration project, so Charuruks paid for it himself.

These grants aided in the building of a perimeter fence around the memorial, and a Australian Memorial Hall, which enables visitors to view documentary films on the war. The Contemplation Garden was also re-constructed, while a new section was added (Confrontation Memorial).

In 2007, Britain’s Queen Elizabeth II awarded Charuruks the MBE (Member of the Most Excellent Order of the British Empire), in recognition of his hard work and his commitment to improve the Kundasang War Memorial.

In 2012, the Australian Government also awarded Charuruks its Member of the Order of Australia (AM).

All the gardens have been replanted with flowers, particularly roses and rare orchids that include the Paphiopedilum rothschildianum (Rothschild’s slipper orchid).

Today, the memorial is open to all visitors, with a small entrance fee. Visitors will not only be able to view the gardens but also, hopefully, remember those who gave their lives for others for the sake of freedom.

This is also a popular venue for couples to have their pictures taken, using the beautiful pergolas as a backdrop. On a clear day, the view from the top level of the War Memorial, looking out toward Mount Kinabalu is simply breathtaking.

As the symbol of Sabah, Mount Kinabalu looks so majestic and huge from this angle.

The views expressed are entirely the reader’s own. Write to us

We can finally travel again! We would love to hear about your travels and adventures. If you don’t feel like travelling yet, that’s OK, as you can always tell us about your past holidays instead. Your story – experiences, tips, advice – should be 700 to 800 words long in Word or Text format. Please attach some photos (1MB, captioned) in a separate email. There is no payment for submissions, and we reserve the right to edit all submissions. Email star2travel@thestar.com.my with the subject “Readers Share”. 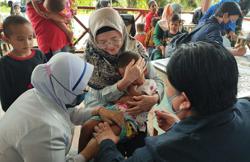 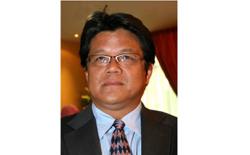 3 'haunted' lighthouses in California that are worth checking out
London no longer a luxury shopping heaven for tourists
Medical tourism in Thailand rebounds with travel revival
Korea Tourism out to correct wrong use of foreign languages on tourism sites
Malaysian family finds peace and quiet at Perak's Royal Belum State Park
Would you fly on a plane with just one pilot in the cockpit?
Africa’s heritage sites are in peril as planet heats up
Malaysian solo traveller hopes to quash stereotypes of women being the weaker sex
These Malaysians want more people to give backpacking a chance
Germany’s Dresden is one of the hottest destinations to travel to in 2023