Ruffin has been living in Malaysia for more than four decades. — Bernama

Forty-four years ago, Mark Ruffin set foot for the first time in Malaysia and never did he think that he would one day call this place “home”.

The 66-year-old American man said the beauty of Malaysia and the uniqueness of its multi-racial and multi-religious society had truly made him fall in love with the country, and its people.

Born in Indiana in the United States, Ruffin said he had followed his father to work with a defence company supplying ammunition for armoured vehicles in Brussels, Belgium in the 1970s.

“The first time I heard about Malaysia, I had to look it up in an encyclopeadia. Back then, there was no Internet and searching for information must be done manually.

“Throughout my 12-year stint in the defence company, I had the chance to travel to many countries and Malaysia was the only country where the people tend to be most patient compared to other people I have met in the Asia Pacific region,” he said, in fluent Malay.

Growing up, Ruffin enjoyed music, sailing, hunting and mountain climbing, and admitted that he was excited to explore the natural beauty of Malaysia even though the country was still facing the communist insurgents’ threats in the 1980s.

He said his exploration began when he bought a boat and set sail from Port Klang in Selangor to Port Dickson in Negri Sembilan; a friend later suggested that he proceed to Tanjung Kling in Melaka.

“Here, I found the beach so beautiful and decided to rent a house with a friend and turned it into our weekend getaway house,” he said.

Ruffin said the last time he returned to the US was when his father died in 1989, which also triggered his resignation from the defence company.

“With a small fortune that my father left me, I bought two bungalow lots in Tanjung Kling and turned it into a resort. It also has a restaurant and I regularly invite local bands to play their music there,” he said.

Known as the “Grandfather of Campervan Malaysia”, Ruffin, who is also the administrator of the My Campervan Malaysia group on Facebook, said he owns a campervan that has taken him and his wife to many places in Peninsular Malaysia.

He also opened up a special camping site in Klebang for campervan enthusiasts early this year.

Unfortunately, the site has not received the expected number of visitors due to the movement control order and lockdown restrictions to curb the spread of Covid-19, he said.

“Malaysia has numerous beautiful and interesting tourist spots that can be visited and explored. Malaysians don’t really have to go abroad to play tourists. Just use the Google Earth app and you can find interesting places to visit here in this country.

“Of late, campervan adventure activities are increasingly popular among Malaysians and it has the potential to be developed if the relevant agencies can sit down and discuss suitable policies for the activities,” he added. – Bernama

Another slow year for tourism in Malaysia and globally 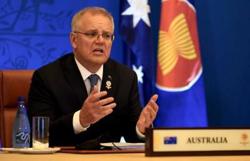 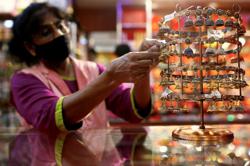