Although you can hike on your own at the Swiss National Park, it is recommended that you take a guide along. — Photos: BERNHARD KRIEGER/dpa

The Rhine gorge was formed some 10,000 years ago and the river is at times meandering, at times wild, flanked by steep limestone formations that tower in the air.

“Isn’t that amazing?” says Louis Henderson, adding that for him, this is Switzerland’s Grand Canyon. A Brit who moved to the Alpine city of Chur 12 years ago, he now takes visitors through the gorge on guided boat tours.

The upper part of the river, from Ilanz, is a spot for experts, he says. “But we take beginners in ‘funyaks’ between Versam and Reichenau, ” says Henderson.

Funyaks are inflatable rubber kayaks which are much more stable in water than classic whitewater kayaks. Most of his visitors, wearing helmets and wetsuits, make it without an involuntary dip, he says. 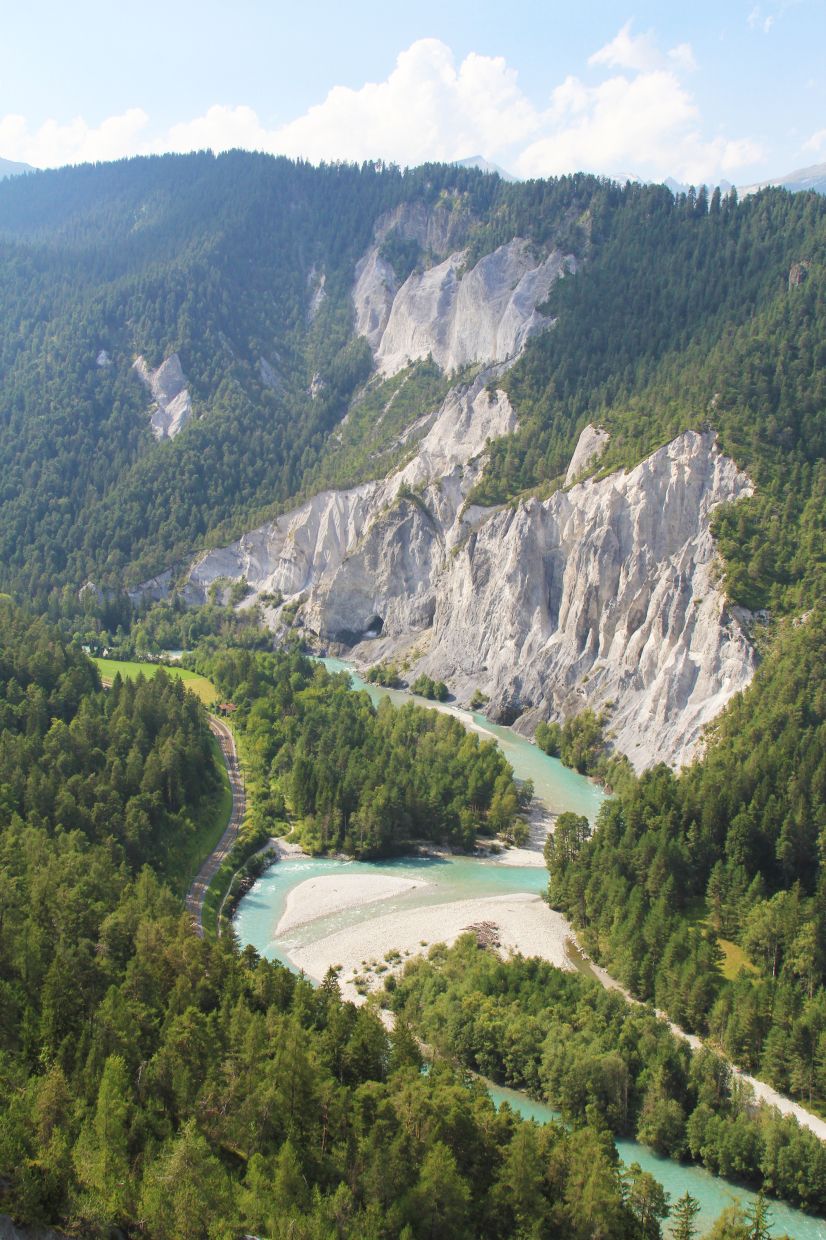 The limestone walls in the Rhine Gorge, Switzerland.The adventure starts in Ilanz, birthplace of one of Switzerland’s star chefs, Andreas Caminada. The Michelin guide first gave him three stars back in 2010 when he was just 34.

His restaurant, Schloss Schauen-stein is in south of Chur. That is now a site of pilgrimage for gourmets from all over the world.

Caminada teases the senses with a “fake oyster” amuse-bouche, a porcini mushroom in a kind of mussel shell made from seaweed, with powerful umami flavours.

As a snowboarder, Caminada isn’t only a passionate winter sportsman, he also loves golf which may be why he opened his first branch in Bad Ragaz, home to a thermal spa and one of Switzer-land’s best golf courses.

“I do like playing in Bad Ragaz, ” Caminada says.

Bad Ragaz is actually in St Gallen, but holidaymakers often think it’s part of Grisons, which is also known as Graubuenden. From the spa, you get a great view of the vineyards.

“This is one of Switzerland’s best wine-growing areas, with first class Pinot Noir, ” says Caminada.

And in the Grand Resort Bad Ragaz is Caminada’s restaurant Igniv, a word from his native language Rhaetian, spoken in north and north-eastern Italy and in Switzerland. Igniv means Nest – and that is how you feel there, with a casual, relaxed atmosphere, even with its two Michelin stars.

Caminada’s second Igniv is in St Moritz, in a hotel called Badrutt’s Palace. It’s only open during the winter.

That was not always the case – in 1864, hotelier Johannes Badrutt came up with the idea of winter tourism, to persuade his English guests that St Moritz in the wintertime was just as lovely as the summer.

Cyclists, meanwhile, take trips with e-bikes, while above, there are paragliders sailing through the skies. Golfers, meanwhile, can play on the country’s oldest course in Samedan.

Whatever draws travellers here, the autumn scenery is picture perfect with trees turning golden and the snow-topped mountains. The density of luxury hotels and fancy restaurants show Upper Engadin is a pretty upscale area and Lower Engadin near Scuol is slightly more affordable.

Scuol is the gateway to the Swiss National Park. Dating back to 1914, it’s the oldest in the region and is left wild. Its inhabitants include red deer, chamois, ibexes and scientists are researching what happens when animals aren’t hunted and dead trees not cleared in the Alpine wilderness.

Visitors can explore the 100km of pathways or take guided tours.

Even the philosopher Friedrich Nietzsche liked it here. He spent time living in the Sils Maria area during the 1880s and said he felt better there than anywhere else. The home where he stayed in the village is now a museum. 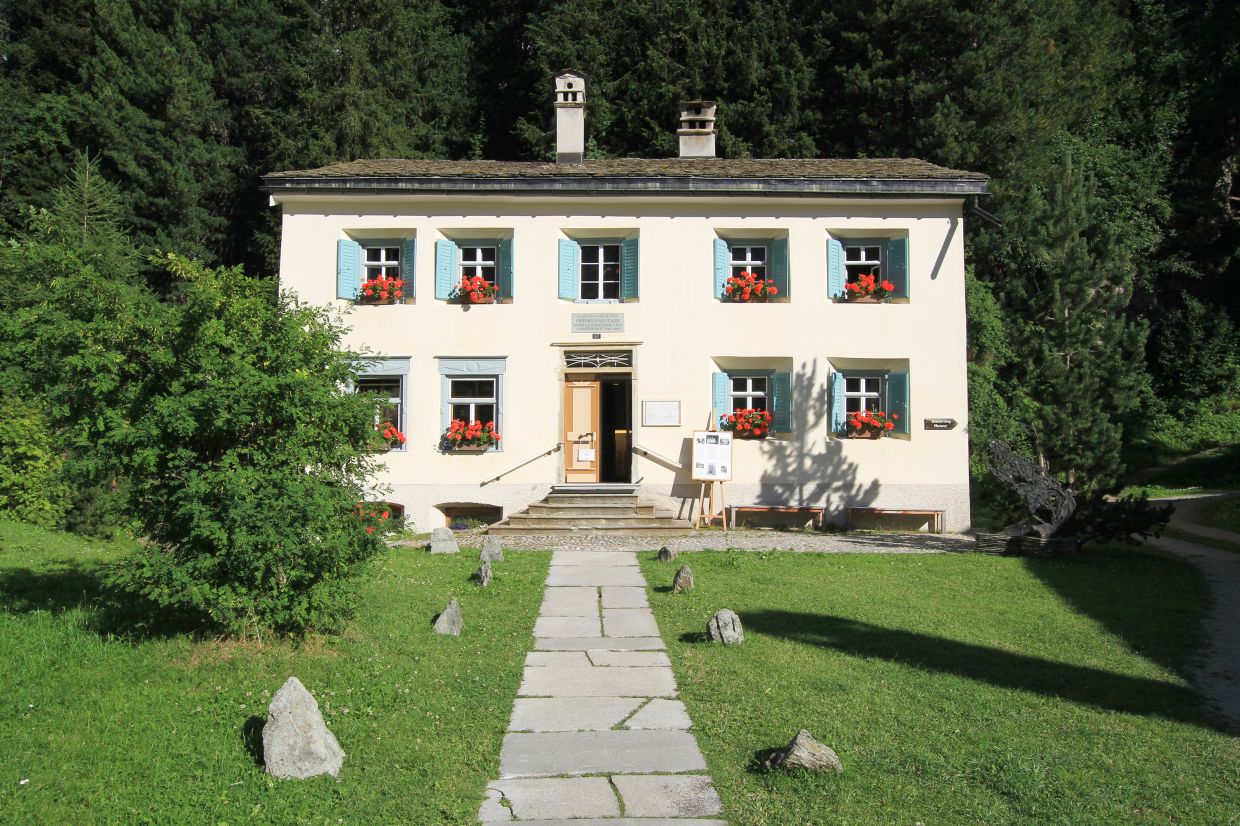 The Nietzsche House in Sils-Maria is a museum dedicated to the German philosopher, who used to spend some time there.

Nietzsche enjoyed hiking in the Val Fex and if you head out there, you’ll find restaurants and alpine huts serving hearty regional specialities such as Pizzoccheri, Maluns and Capuns.

If you walk down to Isola, you can head back on Europe’s highest boat trip across Lake Sils.

If you’re lucky, you might spot a sailing ship there. There is more action on the nearby Silvaplana Lake, packed with kitesurfers and windsurfers when the weather is fine.

Early mornings, the lake shimmers in the same green and blue colours as the wild Rhine river, before it shifts to mercury in the magical light at noon. – dpa