In the viral clip, employees of the national carrier are seen changing into their professional uniforms as they get ready for work.

A video of the ‘Don’t Rush Challenge’ by Malaysia Airlines' flight crew has gone viral on social media.

In the slightly under two minutes clip, employees of the national carrier are first featured in casual clothes at home before changing into their professional uniforms as they get ready for work.

The viral video, which was posted by Twitter user @nenedelre on May 5, has since been retweeted over 11,000 times and clocked over 200,000 views.

The caption that accompanied the Instagram post also feature a link for Malaysia Airlines' next Pilot Preparatory Program.

"Date for next intake is TBA due to MCO. We shall revert back to you with the details via email,"

The #DontRushChallenge was initially done to celebrate fashion. The challenge has since spread to airline crews, especially flight attendants.

The idea of the challenge is that the makeover process cannot be “rushed” before going out.

In the videos, airline staff could be seen preparing for their work assignments. 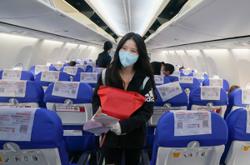 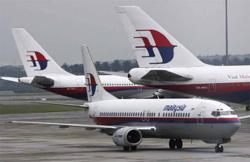