A file photo from August 2019 of a boat navigating at night next to an iceberg in Greenland. Rising temperatures and diminished snow and ice cover in the Arctic are imperilling ecosystems, fisheries and local cultures, according to reports by the National Oceanic and Atmospheric Administration. — Photos: AP

A little news item probably went unnoticed just weeks ago as the world was preoccupied with the rising number of Covid-19 casualties and of course, the gripping political drama in Malaysia.

The Betet and Gundul islands now sit between 1m and 3m below sea level, and Indonesia has warned that other low-lying islands in the archipelago state may follow suit. That’s certainly too close to home, or for comfort.

Let’s just say that climate change, or even the erratic weather, isn’t the greatest priority for most Malaysians.

After all, it’s either the blazing sunshine or torrential rain for us. Unlike in the upper and lower hemispheres, which experience four seasons, we aren’t exposed to more extreme temperatures which could dictate our dressing.

Perhaps the weather reports in Malaysia are only relevant to fishermen and those out at sea, and not to most of us.

Last December, a group of Malaysian tourists travelled to Hokkaido, Japan, to experience snow for the first time, but got nothing for their troubles. 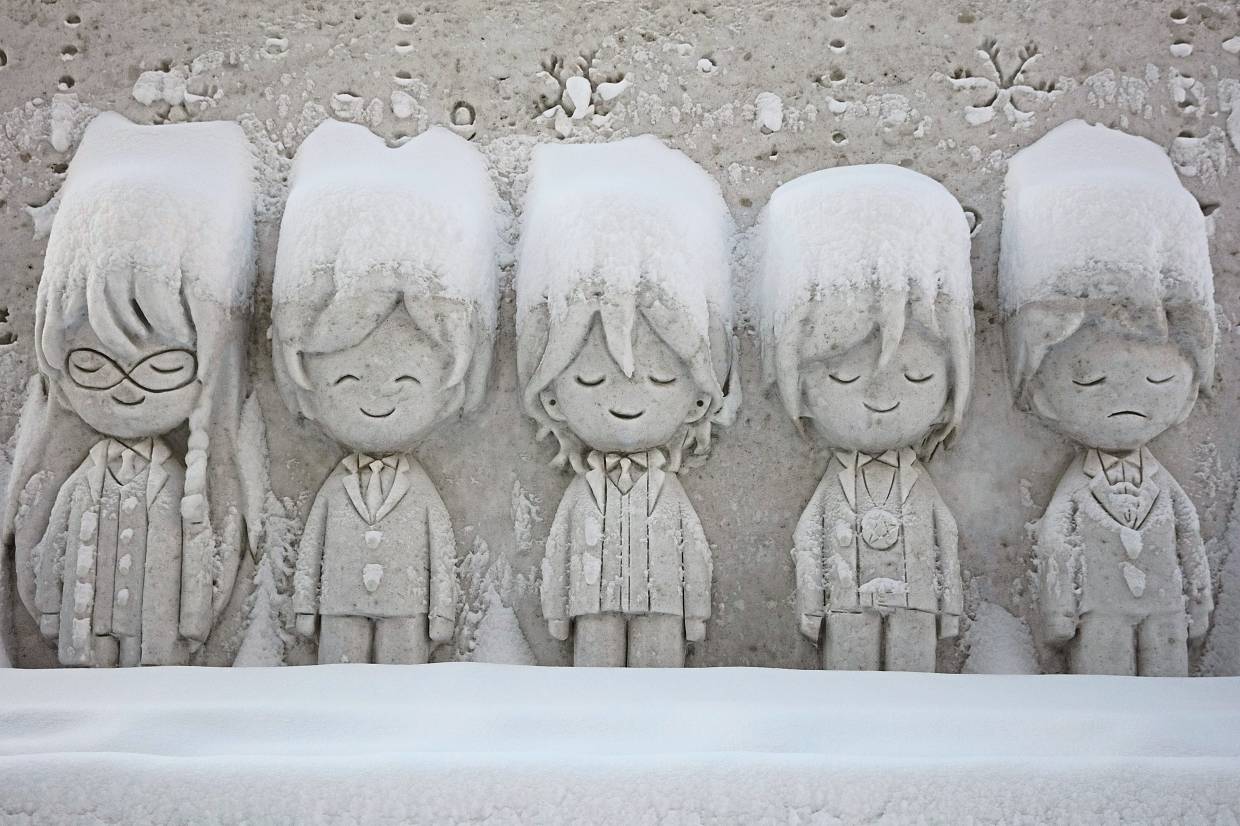 One of snow sculptures featured at the Sapporo Snow Festival in Hokkaido, Japan, in early February. This year, organisers were forced to import snow from other towns in order to keep the festival going.

The Malaysian tour operator, which has been organising winter tours to Hokkaido, was blind-sided and left with egg on their face. It was certainly not amusing to the tourists who had paid a lot of money to see and feel snow.

They resigned to posing on static snow mobiles for photographs on terrains with no snow, because naturally, they couldn’t ride them.

Snow arrived late in Hokkaido, Japan’s northernmost prefecture, with the first flakes falling only in December.

This year’s Sapporo Snow Festival saw organisers resorting to importing snow from nearby Niseko district, about 90km away. According to reports, Japan saw record-low levels of snow, and in Sapporo, it was less than half the annual average last year.

The report said that this past December, snowfall was the lowest along the Sea of Japan coast since 1961, when the Meteorological Agency began recording data.

“This lack of snow, combined with unusually warm weather, threw a wrench into the plans of the snow festival organisers. This year, they had to source and tow snow from other towns to create 200-plus signature snow sculptures, ” CNN Travel reported.

In Moscow, it’s normally frozen by December, but last year, that was far from the case.

The Russian capital had to send in trucks filled with artificial snow to decorate the New Year display in the city centre. It was unheard of and surely, unthinkable even. The temperature, in fact, rose to 5.4°C on Dec 18 – the highest recorded in that month in 133 years, depriving Muscovites of their customary snowy scenery.

Last October, I went to Finland with the idea of experiencing the last lap of autumn and the beginning of winter, to see the early fall of snow. 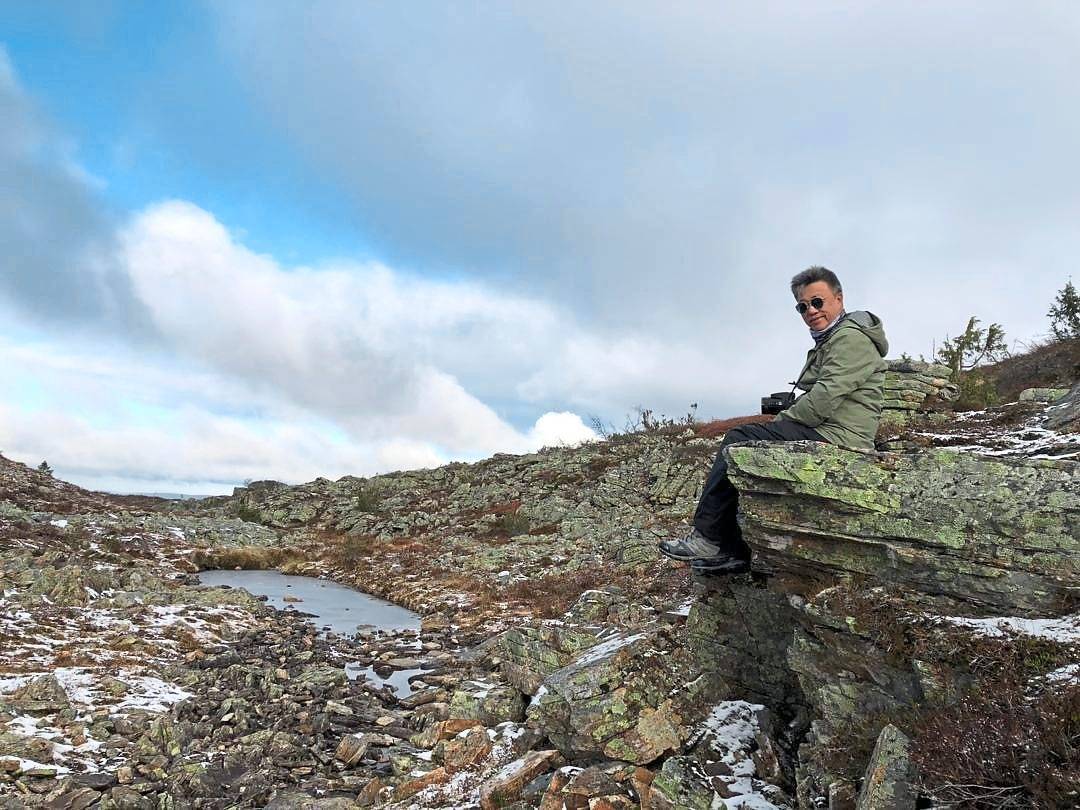 The writer at Urho Kekkonen National Park in Finland in October 2019. Locals note that snowfall in the area had become more difficult to predict, unlike in previous years. — FLORENCE TEH

I asked the resort operator if I could book a room for early November, and whether there would be snow by then.

But the operator declined, saying, unlike previously, snow fall has been difficult to predict, and is coming much later now. The hotel simply didn’t want foreign guests signing up for disappointment, especially those travelling from afar to see snow.

Adding to the grim prognosis, a report last week said that the temperature in the northern Antarctic peninsula hit an all-time high of 18.3°C (64.9°F) on Feb 6.

In a nutshell, the world has become warmer. So, melting ice will raise sea levels and flood previously dry land, while islands sink. Winter images, in some areas, will be consigned to memory.

Without doubt, changes in weather will impact our crops and affect our food output.

According to a South China Morning Post report, climate scientists’ projections for Malaysia in 2030 are a source for concern.

The report said Malaysia is seeing a 10% to 15% drop in farm yields annually because of unpredictable weather, and Dr Siew said that the trend could see more farmers deserting their fields, harming families and Malaysia’s food security.

“Mitigation is doing our part to prevent temperatures from rising. Adaptation is to assume that temperatures are rising, and to prepare for it, ” Dr Siew said.

He said as sea levels and temperatures rise, the situation could only get worse.

Climate change is a main concern among the young and has even become an elections issue in Singapore. It still hasn’t gained momentum here, but it will.

There’s no escaping from it because climate change will also lead to the proliferation of diseases.

It’s time to stand up and do something about it now, in whatever way we can. After all, we only have one planet to call home.