Getting lost and mesmerised at the world's first digital art museum

Spirits Of The Flowers is a beautiful room at Borderless. — Photos and videos: MELODY L. GOH/The Star

Visiting museums may not be on everyone’s holiday agenda, especially if there are countless other experiences around to enjoy. However, there are some museums that are worth checking out, like the Louvre in Paris or the American Museum of Natural History in New York, for example.

This is one museum that encourages people to have fun and even interact with most, if not all, of its displays.

It is a visual stimuli, using LEDs and other forms of lighting to set up a “borderless world”.

As you move from room to room, so do the artworks; some even merge or influence one another.

The point of Borderless is to create a “world of artworks without boundaries, a museum without a map”, and teamLab has certainly succeeded in doing that.

As I walked from one room to another, “touching” the displays (mostly you’re touching the wall the displays are projected on), the art either follows my movements or reacts to my touch, changing into something completely different. Simply mesmerising.

Physically, the museum itself is 10,000sq m, which is huge. But it feels a lot larger inside, thanks to the museum’s borderless theme. You can colour printouts of marine animals and have your work projected all around the hall at the Sketch Aquarium.

There’s no map to show you where things are but the place is divided into five sections: Athletics Forest, Borderless World, Future Park, the En Tea House and Forest of the Lamps.

There are obstacle courses that you can try, a large canvas for you to bounce up and down, on virtual forests and parks to walk through, and more.

On top of that, there are also seasonal exhibitions that you can look out for.

I visited the place in December so there were printouts of Christmas-themed images that we could colour in.

Once done, we handed over the finished piece to the attendant and saw our artwork being projected – and animated – onto the wall! (Pro tip: Make your artwork stand out – my Santa Claus had a blue beard so it was easier to spot. Do keep things clean, though, no bad words or lewd drawings.)

My favourite artworks were actually on the walls of the alleyways, where the animals and other objects seem to walk along with you.

There’s also the Forest of the Lamps, which could leave one a little dizzy, though, as the light changes and moves at the speed of um, light.

Standing in the middle of the forest will make it seem like you are in a galaxy far, far away.

Supposedly, no two visits to Borderless will give you the same experience and I can see why. I am sure I have missed out on a couple of artworks or even rooms, based on pictures on the museum’s official website and on other visitors’ Instagram posts.

I regret not going to the museum earlier; I recommend spending a minimum of two hours here.

The museum closes at 7pm (9pm on weekends and public holidays) but if you’re already inside, you will not be chased out until maybe around 7.30pm.

Check the museum’s website before your trip for possible changes to the opening times.

Since Tokyo is set to host the Olympic Games this summer (July 24 to Aug 9), I suspect tickets would be harder to come by as the museum is very popular even among locals.

I got mine from the Klook app, which I think is a good option for Malaysian travellers. It allows you to see which dates are available to visit based on ticket availability, making it easier for you to plan your holiday.

The museum is located in Odaiba, which is quite a distance from Tokyo’s main areas like Shinjuku, Ginza and Shibuya. The building is part of Palette Town, an entertainment park and shopping spot featuring one of the world’s largest Ferris wheels and the Megaweb Toyota City showcase (this event is free, and you can check out the auto company’s latest cars here).

Tickets to Borderless on Klook are RM121.20 for adults and RM38.80 for kids. You would need to pay an additional fee if you want to try the En Tea House experience.

You can get directions to the museum on the app. Do take note that there is another teamLab exhibit (called “Planets”) located at a different part of the city. 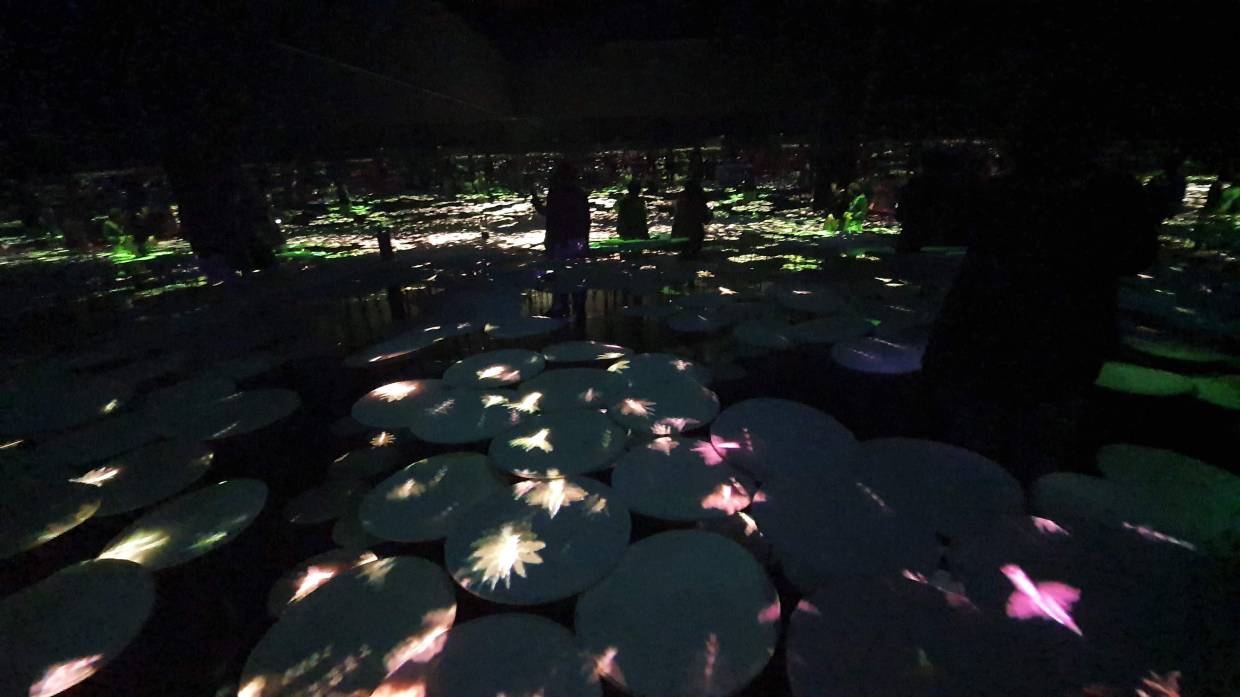 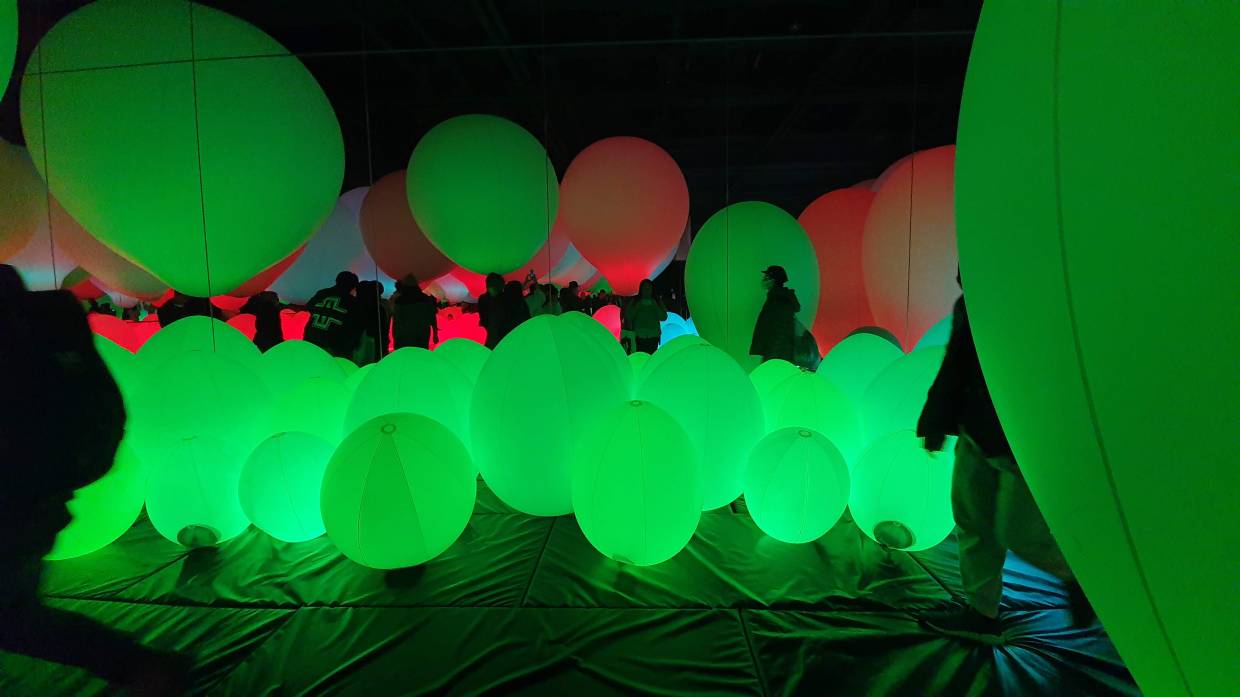 Spirits Of The Flowers is a beautiful room at Borderless. — Photos and videos: MELODY L. GOH/The Star

One of the many rooms at Borderless.

My blue-bearded Santa Claus was projected onto the wall screen.

You can colour printouts of marine animals and have your work projected all around the hall at the Sketch Aquarium.

The Forest Of Lamps may leave you a little dizzy but it is such a mesmerising room.