Karl Lagerfeld sketches go under the hammer at Sotheby's 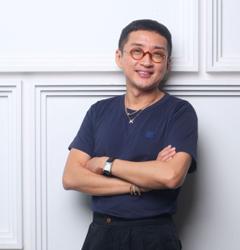 Testimony to Karl Lagerfeld's passion for both fashion and drawing, a collection of 180 sketches by the legendary designer will go under the hammer on July 6.

Sketched in ink – sometimes together with markers, watercolours and, more surprisingly, makeup – the drawings will be sold by Sotheby's in Paris during the forthcoming Haute Couture Week.

Read more: These aren't your average Sailor Moon boots, these are Jimmy Choos

After disbanding the treasures of his various residences, Sotheby's is starting a new chapter in the sale of the Lagerfeld estate.

This time, collectors will have the chance to get their hands on some of the countless sketches made by the great designer throughout his career, reflecting his passion for fashion, and especially his talent.

No less than 180 drawings, made by the former Chanel and Fendi creative director between the late 1960s and 2018, will be auctioned by Sotheby's in Paris.

"This sale presents an unprecedented collection of Karl Lagerfeld's fashion drawings from his apartments at 8 rue des Saints-Peres and 17 Quai Voltaire. They uniquely retrace the history of fashion and taste as seen by one of its major players, driven by boundless inventivity and virtuosity," explains Pierre Mothes, vice-president of Sotheby's France.

Among the key lots in the sale is a set of 24 sketches dating from 1969, some of the earliest in the selection.

The drawings are grouped together in a binder, alongside three press clippings from the same year, and collages made by the great designer showing some of his inspirations.

A compulsive and unparalleled sketcher, Lagerfeld created all of these drawings in ink, although some of them feature motifs, silhouettes and other details made with markers, grease pencils, corrector fluid and, even more surprisingly, makeup.

Supermodel Bella Hadid turned herself into a fashion 'cyborg'... but, why? 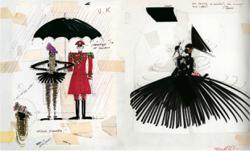 Michael Jordan 'Last Dance' jersey to be auctioned in September
Malaysian designer Khoon Hooi heads abroad: 'I want to dress more celebrities'
How to perform nail slugging, a new beauty trend that's taking TikTok by storm
Citayam Fashion Week is not a real fashion week, but the hype is real
How to make your foundation smudge-proof with just a glass of water
The ‘coconut girl’ fashion trend returns once again this season
Upcoming Paris exhibition offers a stylish snapshot of France in the 1980s
Is the 'perfect body' a thing of the past? Self-acceptance now on the rise
Vanity Fare: Pamper your lips with the right products
Amy Winehouse's revealing two-pieces go on display at a bikini museum