The first Swiss Watch boutique opened in 2001. Two decades on, it not only has a presence throughout Malaysia – but within the surrounding region, as well. Photo: Swiss Watch

A good, well-made watch is deemed an heirloom as it is something that appreciates with time – given the right care and attention, of course.

The same can be said of Swiss Watch (formerly known as Swiss Watch Gallery), the Valiram-owned luxury retailer that has successfully made a name for itself within the thriving Malaysian horological scene.

This year, it is celebrating its 20th anniversary. Executive director Ashvin Valiram describes the journey as something that is not uneventful.

“It has been enthralling, it has been exciting. It has been one with a lot of tears, but a lot of fun and learning too. It’s an evolution, a maturation – and has all the ingredients of a great story,” he points out in an interview.

“So, we’re very excited to now look back. What if we had not planted the ‘seed’ back then? There will not be a Swiss Watch today. We have built it into the foremost Malaysian-owned luxury watch retailer.” 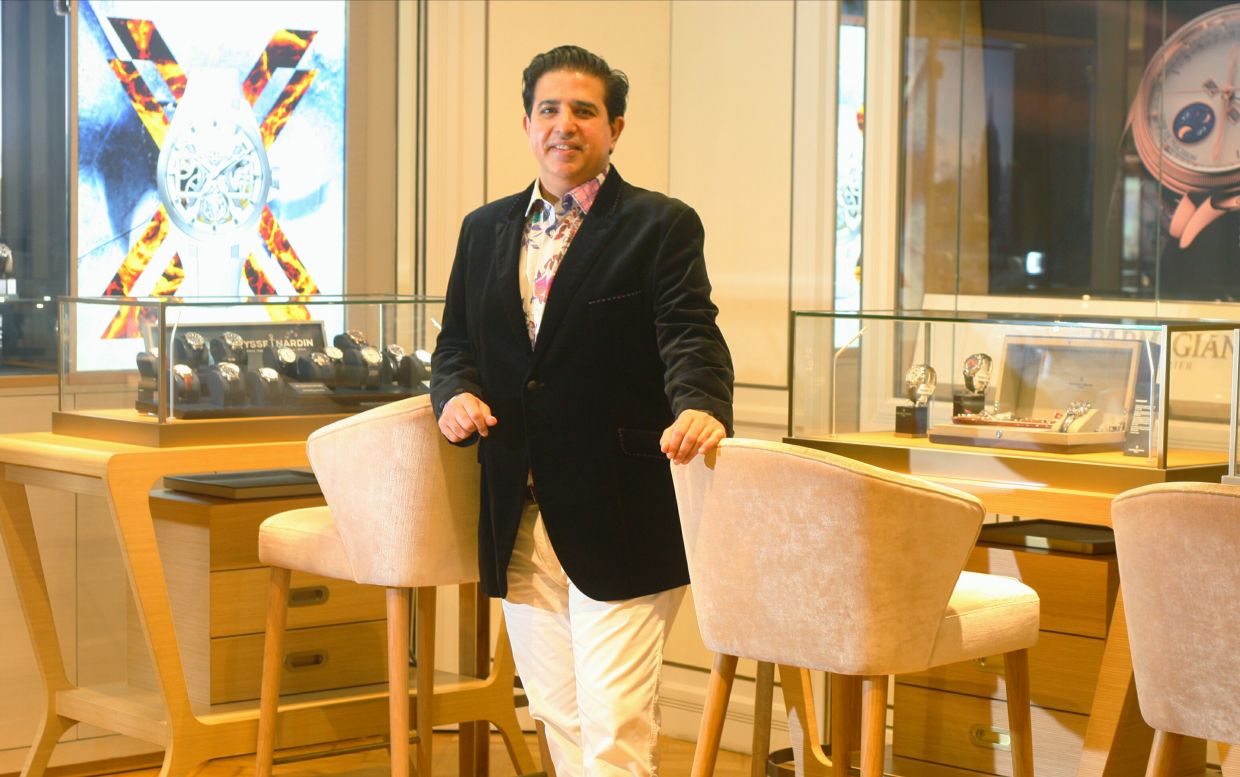 Ashvin sees the Swiss Watch journey as an evolution, from one boutique in Penang, to now multiple stores throughout South-East Asia. Photo: The Star/AZMAN GHANI

As it is, the company currently offers more than 50 of the world’s prominent luxury brands and watchmaking icons.

That number is a long way from the assortment of 16 brands it started with. The very first Swiss Watch boutique opened at the then newly renovated Penang International Airport on April 4, 2001.

The business (and amazing growth) is a result of hard work by Ashvin and his two brothers, Sharan and Mukesh. Twenty years ago, they were seen as “inexperienced young boys” – well, not anymore.

They have shown that with the right business acumen and passion, magic can happen.

In the intimate conversation that took place at the Swiss Watch boutique in Pavilion Kuala Lumpur, Ashvin reminisces about the experience.

“A memory that stands out is the day we won the tender to open that first boutique in Penang,” he recalls, adding that it was a matter of having to prove themselves.

“When we entered the business, we were tiny. There were other bigger Malaysian watch companies around.”

According to him, the Swiss Watch journey is indeed an evolution – and not a revolution.

“A revolution to me involves a lot of carnage,” he says, on how they have focused on doing it the right way.

“We had to evolve and take slow and steady steps. Build the brand’s relationships. Connect with our customers, one at a time. Really build that whole ‘engine’ in order to get where we are now.”

Valiram opened a second Swiss Watch boutique at Kuala Lumpur International Airport in 2002. This was followed six years later by the one in Pavilion KL.

Moving beyond multi-brand boutiques, the group also successfully opened a number of standalone specialist boutiques: Rolex and IWC Schaffhausen at Pavilion KL in 2007. It took over Rolex in KLCC two years later, as well. 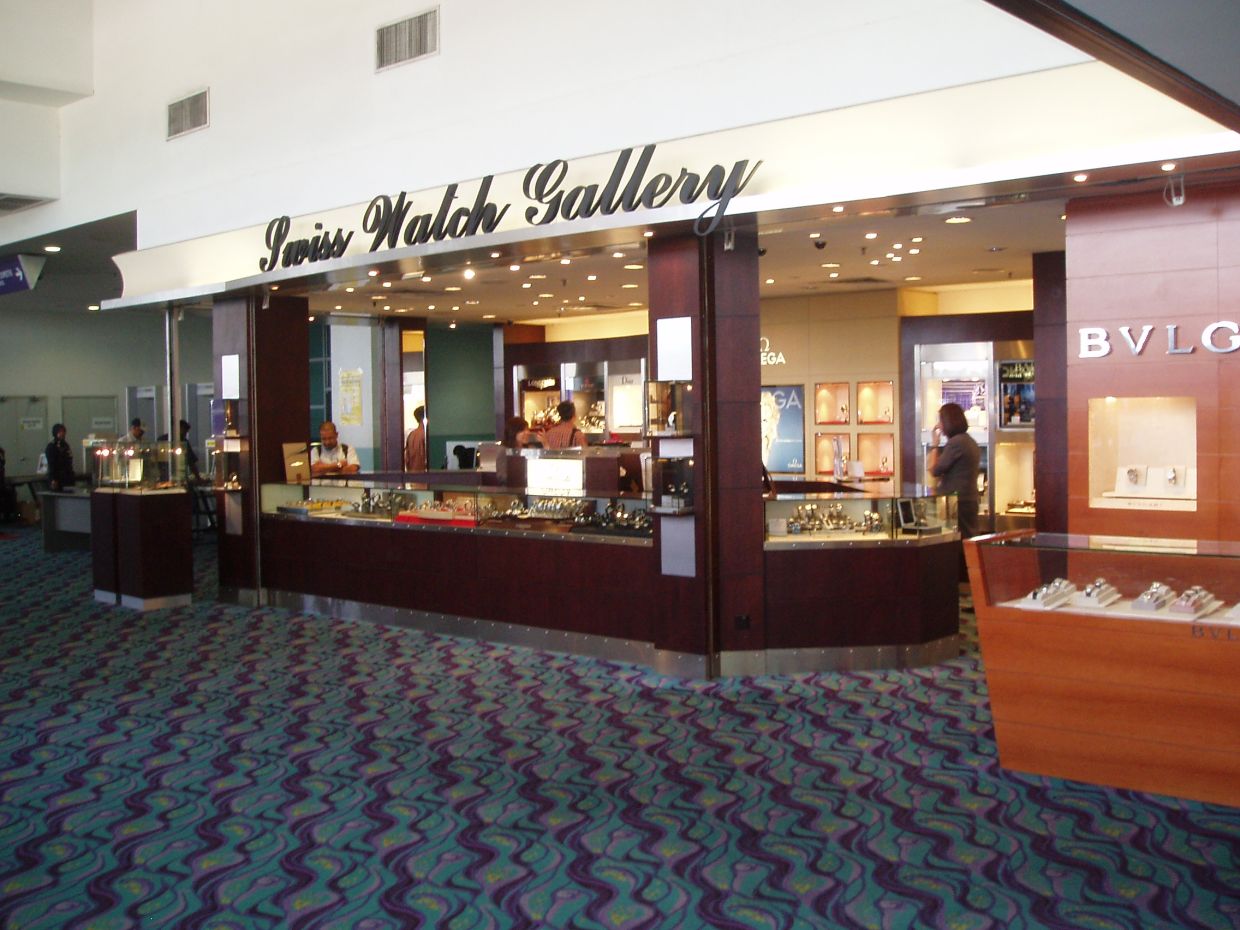 The company also partnered with Panerai in 2019 to open the first standalone boutique in Malaysia, plus it unveiled the Cartier boutique in Resorts World Sentosa amid the Covid-19 pandemic in 2020.

With the most recent opening of a multi-brand boutique in Bangkok in September 2021, you could say that Swiss Watch has indeed expanded its regional footprint.

“Looking at the Valiram group as a whole, our grandfathers already had businesses around Asia (before Swiss Watch). So for us, it was not alien to be able to expand around the region,” Ashvin says.

But to him, it is still a big feat.

“When we started in Malaysia, we were one store in an airport. Now, we are the dominant retailer in the country.”

Swiss Watch’s 20th anniversary will be marked in a momentous manner. Running from now until Oct 31 at Pavilion KL, the Art Of Time exhibition is back to captivate visitors once again.

This signature event is something that the company is known for. Some would even call it sort of a treat for watch enthusiasts.

Art Of Time debuted in 2011 to commemorate the 10th anniversary of Swiss Watch. Now, it is celebrating another decade of the luxury retailer’s longevity and success – especially in the wake of lockdowns easing.

“We’re incredibly proud of our heritage and what we’ve built. We’re trying to put our best foot forward and we want to put a new narrative out there. So we’re celebrating, we’re reconnecting with our friends,” Ashvin comments. The Arnold & Son Luna Magna Gold is among the timepieces on showcase during the Art Of Time 2021. Photo: Swiss WatchFor this year, the event has transformed Pavilion KL’s concourse area into a 4,273sq ft of contemporary and immersive gallery.

It pays homage to the centuries of craftsmanship that goes into the art of watchmaking, with this year’s exhibition design taking inspiration from the Piazza Del Campidoglio of Rome in Italy.

The iconic piazza is an architectural achievement bordered by three buildings, which uses clever illusion tricks in perspective and perception to make the space seem more perfect than it is. It has been recognised as one of the most beautiful squares in the world.

As Ashvin puts it, a watch is often tied to a person’s emotions. And that is how timepieces are meant to be appreciated.

“You have to physically feel it. You need to touch it and all that – try it on and see how it looks on your wrist. Ultimately, that’s the sort of connection people have with their watch.”

On the subject of how the watchmakers themselves have persevered during the pandemic, he remains thankful of their continuing partnership.

“Our watch partners have been incredibly supportive. Despite not being able to travel to our part of the world, they have continued to support us.”

Visitors will be guided into gaining a deeper understanding of high complication pieces. They can also discover the synergy between sports and timekeeping, or even how watchmaking has its ties to aviation.

“We’ve been locked down (off and on) for almost two years. Now, we’re excited to bring this exhibition back. We want to feel alive again. We want to be able to do the things we enjoy the most. So come and share that joy with us.”

Cool, quirky and trendy, menswear roars back to life for Autumn/Winter 2021