'I don't want to do simply fashion anymore': Jean-Paul Gaultier now a curator 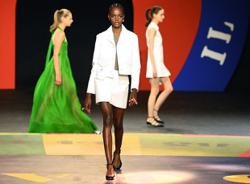 Jean-Paul Gaultier poses past a mannequin during the visit of his exhibition at the French Cinematheque in Paris. Photo: AFP

Having achieved pretty much everything there was to achieve in the fashion world, Jean-Paul Gaultier is opening himself up to new horizons since retiring from the business last year.

The former "enfant terrible" of French fashion has curated an exhibition in Paris on the power of women, taking in screen icons from Marilyn Monroe to this year's shocking Palme D'Or winner Titane.

"I've always been a feminist," the 69-year-old said, on a tour of the exhibition. "I wanted to show the evolution of women and men in cinema and fashion. Men becoming more feminine and women taking on more and more power and freedom."

Cinemode, which opened at the Cinematheque Francaise on Wednesday (Oct 13), is bringing together hand-picked film clips, photos and costumes.

Gaultier has himself straddled the worlds of film and fashion, having designed costumes for Spanish auteur Pedro Almodovar, and most famously for the 1990s sci-fi hit The Fifth Element.

He has a particular taste for icons of the 1950s and 1960s, Marilyn Monroe and Brigitte Bardot.

"In the same era, Brigitte Bardot was extremely modern and free, while Marilyn was the female-object par excellence," he said.

He stops to observe Bardot dancing wildly in a scene from And God Created Woman.

"This was demented for the 1950s!" he exclaims gleefully.

He also loves Bardot's pink chequered wedding dress that is on display: "She had an incredible fashion sense."

Gaultier surprised everyone in January 2020 when he announced his retirement after half a century at the top of the fashion world. He now invites a young designer to create an haute couture collection for his house each season, but wants new challenges for himself.

"It's a new stage. I don't want to do simply fashion anymore," he said.

"This feels like I'm creating a new collection. It's a new adventure, mixing fashion with cinema. The theme is the mix of styles – the poor with the rich, the working class with the aristocracy, the extremes meeting each other and creating new babies."

Still with a finger on the pulse of popular culture, the collection runs right up to the present moment, with images from Titane, the Palme-winning body horror movie about a woman exacting violent revenge on men.

The exhibition also features a return to his origins, since it includes the 1945 film Paris Frills by director Jacques Becker that set a young Jean-Paul on his career path.

"That was my bible. I didn't go to fashion school, so it was my education – a fabulous portrait of the world of couture," he said. "There was a catwalk show and the spectators were applauding and I told myself: 'I want to do that job!'" – AFP 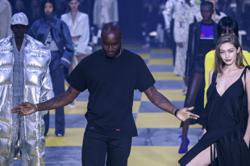 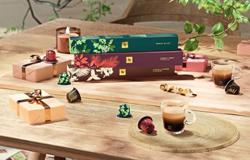 If you're from the Gen-Z, fashion wants you to wear a skirt suit
Cool yet casual? How menswear is tackling the new reality of formal attire Premium
The fashion world pays tribute to multitalented designer Virgil Abloh
Put a stylish look together without breaking the bank
Virgil Abloh, fashion’s most powerful black exec, dies at 41
Malaysian designers create gorgeous outfits IRL for Disney princesses
Style Watch: Malaysian singer's bold style is a mix of masculine and feminine
Eye-catching effect: make way for bushy eyebrows and chunky eyeliner Premium
A glamourous, fun night of revelry and style at the SMG 50th anniversary gala
How fine watches play an integral part of the James Bond look