The book by Amy Winehouse's stylist decodes her unique style, from her influences to her favourite pieces. Photo: AFP

Soul icon, rebel icon, style icon... Amy Winehouse inspired a whole generation, not only in the field of music, but also in terms of fashion.

Ten years after her sudden death, the book Amy Winehouse – Beyond Black pays a vibrant tribute to the artiste through the testimonies and recollections of many of her friends and relations, as well as unpublished archive images, and even reconstructed room sets featuring some of her favourite objects.

All this is overseen by Amy Winehouse's stylist and friend, Naomi Parry. We caught up with the person most familiar with the British singer's wardrobe to decode her unique style, from her influences to her favourite pieces. – AFP Relaxnews

Can you tell us about your unusual meeting with Amy Winehouse?

It was the summer of 2005 and my school friend, Jon, had taken me for lunch in Soho. We were 19 at the time, and between our Art & Design Foundations and BA courses at The London College Of Fashion. We ended up in Freedom Bar, which was a popular gay bar that we often frequented. Opposite us, we spotted a really handsome man who was having drinks with an equally striking girl. After much deliberation, my friend Jon sent over two martinis, which we thought seemed sophisticated. They came bounding over with big grins, citing that they had initially thought we were laughing at them and were about to come and "have a go". After some initial bonding over big hair and Jon's lack of, we spent the rest of the evening galavanting round Soho until the early hours. I suppose we must have been kindred spirits, as we all became inseparable from that day forward.

Did you imagine, at that time, that you might one day become her personal stylist? 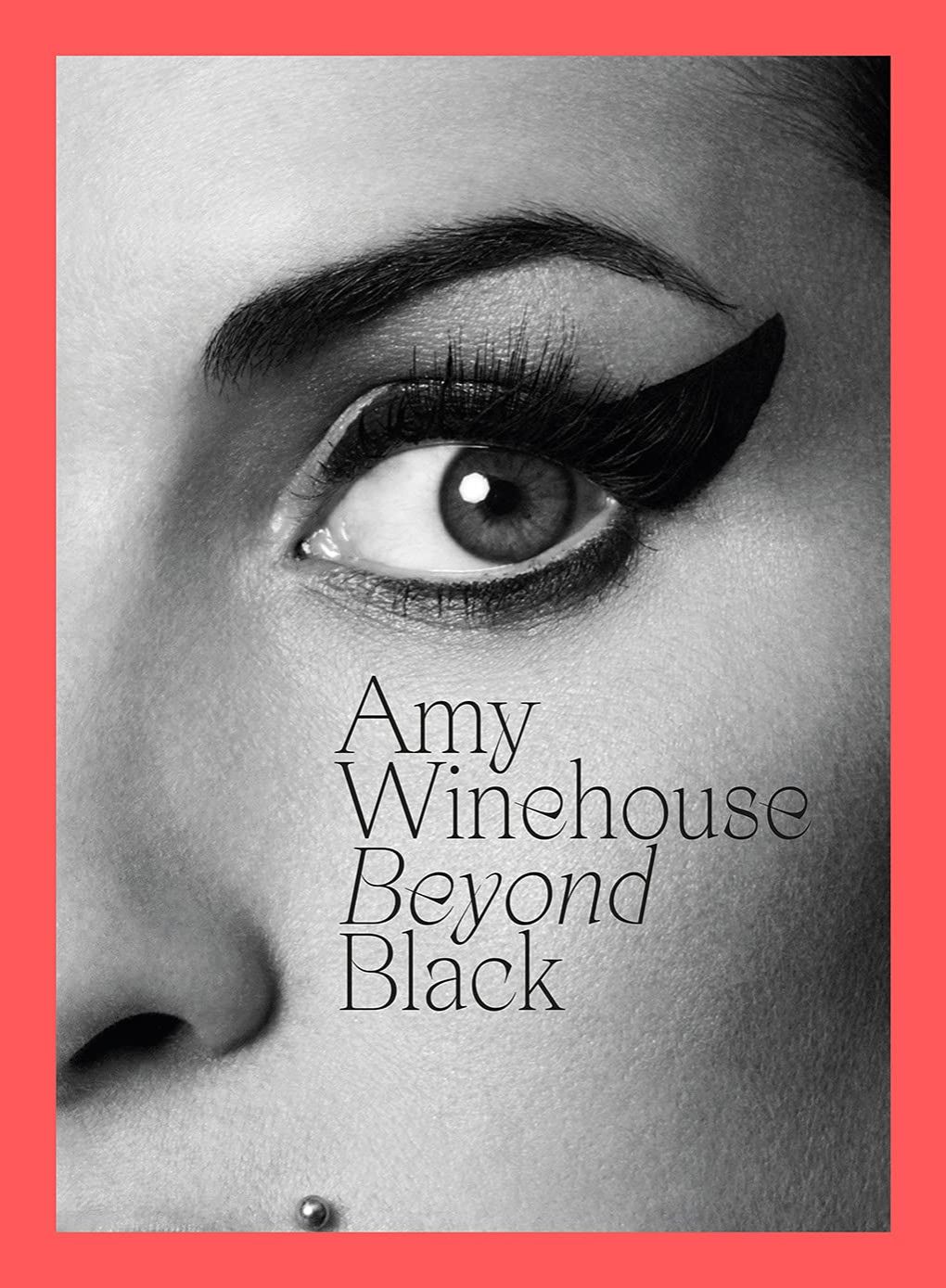 71filvy8ofs.da1bc090737.originalThe thought didn't even cross my mind. Amy's professional world seemed so far removed from mine as a budding stylist assisting on editorial shoots. I remember Amy saying she liked the way I dressed, she'd always compliment me when I'd see her. I suppose I dressed slightly differently to a lot of people in Camden. Not in an outlandish way, but I didn't really fit into any of the subcultures that resided there – punks, goths, indie kids, rockabillies etc. – I still don't have a single tattoo, which was something an Amy fan once got very confused with: "How could I possibly work with someone with tattoos when I don't have any?!"

[Amy] actually asked me via my boyfriend at the time, who she had known since before her and I met. I was on an assisting job and when he called to ask if I would be interested – it felt pretty surreal, and I initially thought it was a joke. But a day later, true to her word, her manager called me suspiciously to ask if I was actually a stylist or was I just one of her "mates in Camden" – a bit of both really. The next thing I knew, I was being interviewed at Universal Island's headquarters, and my first job was for a [TV] programme called Lorraine, which I had grown up watching. It was all quite crazy.

In the book, you talk about the influences of Camden Town on Amy Winehouse's iconic look. How did this area of London inspire her?

From what I know, Amy moved to Camden in 2003/04 just before her first album Frank was released, so during the promo for that album, her style was still fairly unaltered by her new surroundings. Camden was this incredible place where several different subcultures existed, but all mingled together in the local pubs, particularly The Good Mixer. It has a real attitude and turns its back on trends, and I think Amy felt like she had found her home in it.

Read more: Snoop Dogg shows his style (and humour) as ambassador of a fashion label

Amy, both musically and stylistically, was heavily influenced by the 60s, but there are elements of punk, with her raw hemlines and bra straps on show. Rockabilly with her tattoos and impossibly cinched waist. Indie/Ska influenced the Polo shirts and Reebok trainers. All of this was executed in her own unique way and embellished with earrings usually adorned by female hip hop artists. It was a beautiful hodgepodge of all the different genres in Camden, and I think, in turn, it's what made her the ambassador for the non-conformists.

Amy Winehouse is also known for her punk style – a rebellious pin-up – but the book shows her wearing much more classic looks just before you met in 2004. What role did you play over the years?

As a stylist, I think it is important to work collaboratively with a client so that it feels authentic. Amy had this really strong sense of identity and whilst, more often than not, a pair of cutoffs and a polo shirt was more of her go-to, she did want to feel a bit more manicured on stage – particularly for events. As I knew Amy, a brief wasn't really necessary, and this allowed me to take a slightly fresh approach and enhance her look by adding in some more contemporary cuts and colours to juxtapose the more retrospective look she had cultivated. Back To Black was definitely more contemporary in its sound, and we wanted to emulate this.

Amy's look wasn't really in keeping with the fashion standards of the time. Was it difficult to get the fashion houses to dress her?

Initially, it was quite difficult, yes. Particularly as I was a budding stylist, so hadn't built up enough of a [rapport] with PR agencies to get some favours. However, I did have a couple of friends in the industry who did loan me the first few designer pieces, which I was eternally grateful for. But Amy's music spoke for itself, and as she became more popular, instead of ignored emails and polite "No's", designers started sending gifts to her in the hope she would wear it but because her look was so specific, even though seemingly not, much of this rarely got used – she really wasn't at all swayed by the prestige of the brand or the cost of the garment.

You say that she liked to mix high-end fashion with street finds. It's very current, this mix of genres. The fashion world was very divided about her style, but in the end, wasn't she actually quite avant-garde?

What made her iconic style really was her attitude, and I think this is something that is universal among style icons. They really don't give a f**k, and they wear what they want, and as a result, it works. But this attitude is authentic, it just comes naturally – there is no following of trends, and they remain true to their look whatever the fashion magazines say you should be wearing. It's bold and admirable, but perhaps it's their armour?

She was also at the forefront of rejecting diktats, hence her "trashy" style. What would she have thought of the body positive movement, of genderless dressing, or of the mixture of cultures in fashion today?

I really don't know what she would have thought about the body positivity movement, really. She was always very positive of everyone's size and shape – just sadly not her own. However, I think the change in attitude of the press, who are slightly less focused on people's bodies, would have helped her for sure, and that would have been really significant. She wore a dress in 2004 to the Mercury Music Prize Awards and some of the press labelled her as 'chubby' which, for a 20-year-old, must be incredibly damaging. That just wouldn't happen now as there would be a social media outcry, and rightly so.

If you had to choose just one of the looks worn by Amy Winehouse, which one would it be?

I have two, if that's ok? The first being the red carpet outfit for The Brit Awards in 2007, because I really felt like that was the moment Amy had found her look and the whole event was just so significant in that it felt like she had "arrived". The other is the Tears Dry On Their Own look shot by David LaChapelle. I love this because it used to be my least favourite look on account of the fit – the overhang of the dress over the belt drove me mad. However, Amy loved it and wore it two further times in public, which I think was very pioneering of her given the fast fashion, throwaway culture that we desperately need to abandon. But really, there are so many times where Amy has looked incredible, and due to the onslaught of paparazzi shots where she wasn't well, you don't really realise how many beautiful photos exist. Fortunately, the book is brimming with them – it shows her at her best and that is how she should be remembered.