A Karl Lagerfeld NFT collection was launched, sells out in 49 minutes

The Karl Lagerfeld brand offered its first collection of NFTs in the form of digital figurines featuring the fashion designer. Photo: The Dematerialised

It's impossible not to recognise the silhouette of the late Karl Lagerfeld, with his legendary white shirts, his catogan hair ribbon, and his black glasses.

This look contributed to the fame of the great German fashion designer, and last week, it was seen adorning a selection of digital figurines, the very first NFT of the brand he himself founded.

Just like the art world, the fashion industry has embraced NFTs, non-fungible tokens that represent digital objects, from artworks to clothing and fashion accessories.

The possibilities seem endless, as proven by the Karl Lagerfeld brand, which is offered its first collection of NFTs in the form of digital figurines featuring the fashion designer.

It was made available on Sept 10. A date that was not chosen at random since it corresponds to Lagerfeld's date of birth.

Customers of the brand and those nostalgic for the emblematic look of the great designer stood a chance to buy themselves an animated figurine in his likeness with, of course, all the clothes and accessories that are the signature of the former artistic director of the house Chanel.

Available to buy via The Dematerialised platform, the NFTs were limited editions, and in two versions.

The first was available at a price of 77 euros (RM378), and this for 777 consumers, while the second, more luxurious but also rarer, were sold for 177 euros (RM869) in a limited number of 77. The number seven was chosen as a tribute to Lagerfeld who considered it his lucky number.

Women Wear Daily reported that it will be possible to update the look of the figurine later.

Read more: Strike a pose! These models aren't real, but their success sure is lifelike

The Dematerialised have said that all 777 NFTs were snapped up within 49 minutes of the launch.

Fashion and cosmetics industries are gradually embracing NFTs, as Dolce & Gabbana recently unveiled a collection of nine NFT pieces, for men and women, in collaboration with UNXD, alongside their physical counterparts, while Burberry and Gucci have also experimented with this new way of appreciating and consuming fashion. – AFP Relaxnews 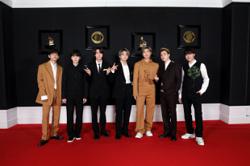 The faux fur coat could be the star piece of this season's fashion
If you must know, 'green' stockings are fashion's new cool and sexy
Indian actress Deepika Padukone launches her own line of beauty products
Bright colours and bold choices reign on the Emmys red carpet
Style Watch: Malaysian artiste Foo Bihzhu is fashionably larger than life
In bid for sustainability, clothes are being fashioned from recycled car airbags
Who is Nigo, and why is his takeover of the Kenzo fashion house a big deal?
Taylor Swift to Michelle Obama, celebrities who caused fashion items to sell out
'Surreal' Met Gala celebrates fashion with over-the-top red carpet looks
Forget Paris or New York, Japanese women look to Korea for style inspiration