The clothes Greta Thunberg wore in the magazine photoshoot were made from sustainable, recycled materials. Photo composite: AP, Instagram/Greta Thunberg

Climate activist Greta Thunberg is using her cover appearance on the first issue of Vogue Scandinavia to criticise fast fashion.

The young Swede posted a picture of the front page of the new Scandinavian edition of the fashion magazine on her social media on Sunday evening (Aug 8).

Thunberg wears an oversized trench coat and is pictured in a wooded area stroking a horse.

"The fashion industry is a huge contributor to the climate-and ecological emergency, not to mention its impact on the countless workers and communities who are being exploited around the world in order for some to enjoy fast fashion that many treat as disposables," Thunberg wrote in posts on Instagram and Twitter.

Read more: Renting clothes might not be as 'green' as you think, a study reveals

Some in the industry are using costly campaigns to give the impression they are sustainable, climate neutral and fair, she wrote.

It is almost always "greenwashing", Thunberg said, referring to measures taken by companies to present a green image without really doing anything positive for the environment.

"You cannot mass produce fashion or consume 'sustainably' as the world is shaped today. That is one of the many reasons why we will need a system change," she wrote.

Read more: Fashion is being called out for not supporting women in boardrooms and factories

Thunberg told Vogue in an interview she had not bought new clothing for years.

"The last time I bought something new was three years ago and it was second-hand. I just borrow things from people I know," she said.

The magazine itself said in a press release it shared Thunberg's values on sustainable living and environmental protection, the Expressen newspaper reported.

The clothes Thunberg wore in the magazine photoshoot were made from sustainable, recycled materials, the magazine said. – dpa 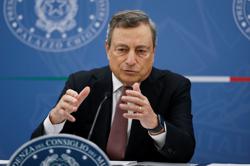 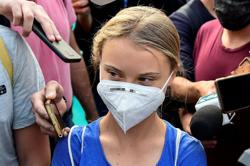 The Alber Elbaz tribute NFTs symbolise a unique celebration of his legacy
The Malaysian style industry embraces pink to support breast cancer awareness
How a Malaysian retailer carved out its name in the country's horological scene
How an Egyptian modelling agency is 'decolonising beauty standards'
Actor Ryan Gosling takes on his first role as a brand ambassador
'I don't want to do simply fashion anymore': Jean-Paul Gaultier now a curator
Newlywed Naddy Rahman keeps her style fresh by mixing it up
The hottest makeup trends to drop this Fall Premium
Can 3D-printed sneakers be fashion's answer to a more sustainable wardrobe?
Underwear as outerwear, and other fashion trends seen at Milan Fashion Week