The boys are bringing some serious retro vibe for their 'Dynamite' music video. Pictured here is a Saint Laurent silk polka dot shirt (centre), with Gucci making up the rest of the other outfits.

K-pop boyband BTS is definitely to be reckoned with. The recently released music video for Dynamite, has caused quite a buzz.

As the group's first song entirely in English, it hit the "No. 1" trending spot on YouTube globally within 12 hours of debuting on Aug 21. The video reportedly notched a record for most-viewed YouTube Premiere with more than three million live concurrent viewers.

But more than just an upbeat, dance-y and vivid music video, it is also very much a fashion extravaganza. Fans (known as the "BTS Army") have hailed It as a celebration of retro style.

Whether you agree or not, it does show that K-pop stars deserve their reputation as the new style icons of global fashion.

The outfits worn in scenes from Dynamite transitioned beautifully, from a groovy 1970s feel to the grunge vibe of the 90s. There is versatility in the way the group members pulled off different fashion looks.

And they certainly know their designers labels. Louis Vuitton, Lanvin, Gucci and Saint Laurent made an appearance in the video. Although, brands like Obey and Timberland were also featured.

BTS's television performance premiere of Dynamite, which will take place at the 2020 MTV Video Music Awards on Aug 30 in the US, is definitely something to look out for. But first, let's revisit some of the style highlights in the gallery below. 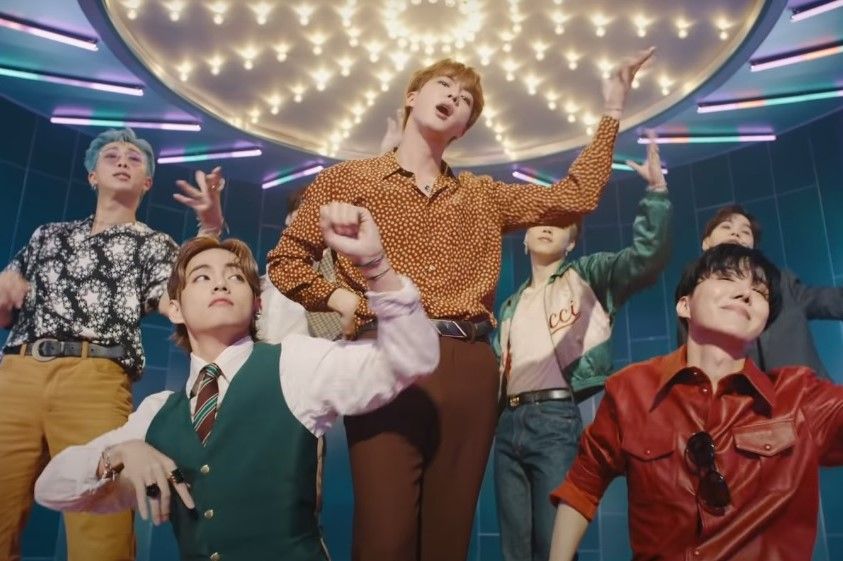 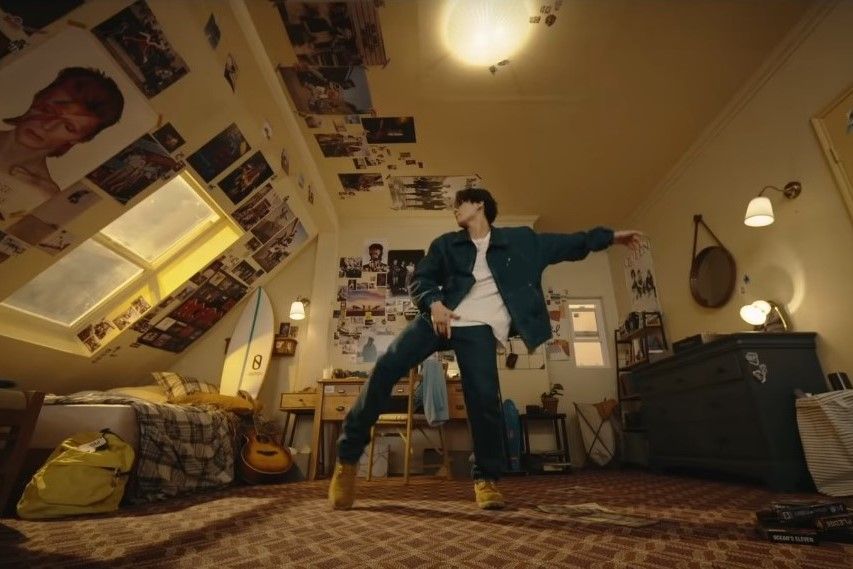 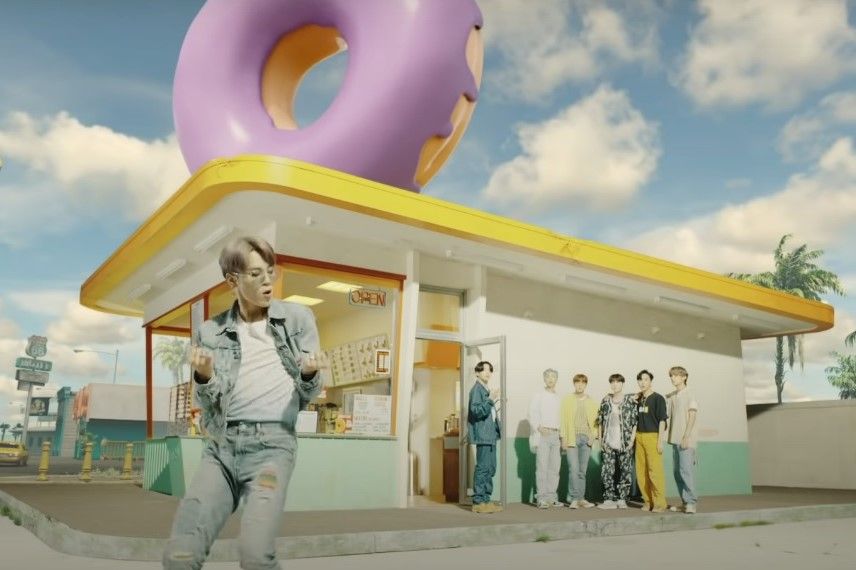 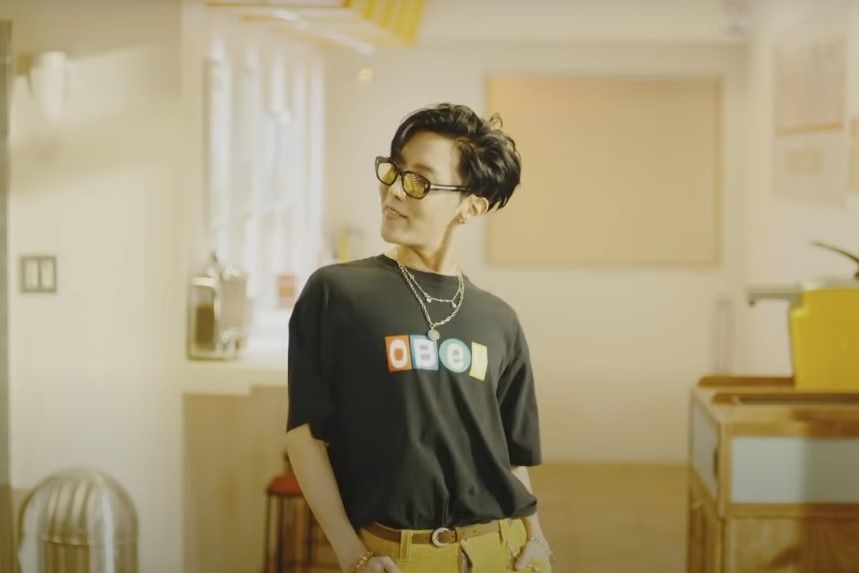 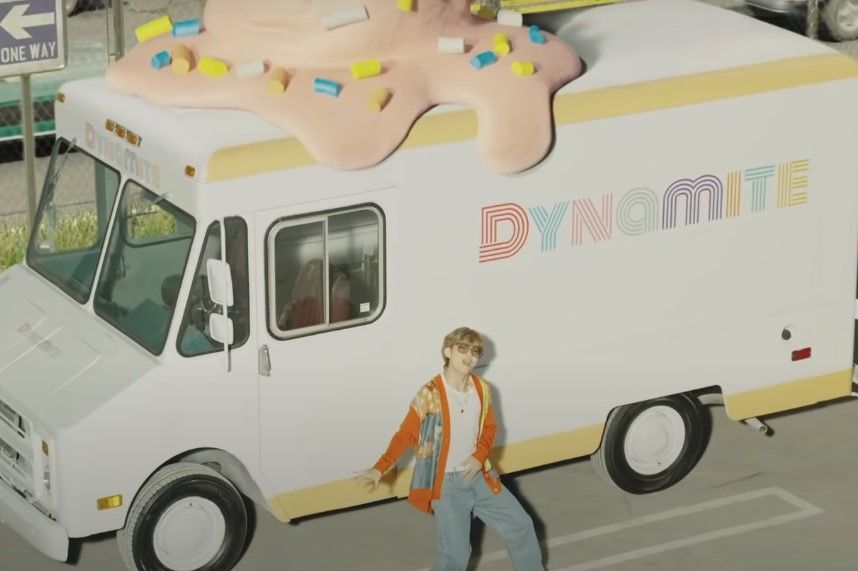 The boys are bringing some serious retro vibe for their 'Dynamite' music video. Pictured here is a Saint Laurent silk polka dot shirt (centre), with Gucci making up the rest of the other outfits.

Denim on denim has never been cooler. Paired with a Timberland high-cut boots, this double denim outfit from Louis Vuitton offered an extra edgy feel.

Another full denim look, but this time from Ralph Lauren. The distressed denim pieces were contrasted against a Dior gradient T-shirt for a chic yet casual vibe.

Chanelling a streetwise attitude is this outfit comprising a slouchy T-shirt by Obey, which was accessorised with layered necklaces and a pair of yellow shades.

Cardigans are everywhere these days. This standout design by Lanvin embraced the high-low look perfectly when worn with loose jeans and a simple white T-shirt.

Petroleum jelly is being used to replace mascara, and the results are amazing
The sweet smell of trash? Perfumers are using waste to concoct new scents
Celebrity Style: Why Rihanna is such a maverick in the fashion world
Vanity Fare: Restore and refresh with the right beauty products
Style Watch: Actress Jasmine Suraya Chin shows versatility in dressing up
Would you be recognisable in real life based on your glamorous beauty snaps?
The superwomen of Malaysian fashion and the influence they had on the scene Premium
Burkina Faso designers show there's more to nation than conflict at fashion week
'Jello skin', a new holistic K-beauty trend, is going viral on TikTok
Fashion players will double their investments in tech by 2030, says a new report