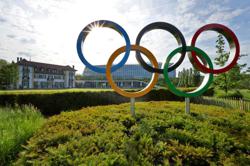 In this 2021 photo, refugee Olympic team's Yusra competes in a heat for the women's 100m butterfly swimming event during the Tokyo 2020 Olympic Games at the Tokyo Aquatics Centre. From Syria, Yusra almost drowned at sea while fleeing her war-torn country before competing at two Olympics. Photos: AFP

Syrian refugee swimmer Yusra Mardini, who almost drowned at sea fleeing her war-torn country before competing at two Olympics, hopes a new film about her life will help other displaced people.

Yusra, 24, believes The Swimmers, chronicling the perilous journey across Europe she and her elder sister Sarah undertook in 2015, has "an amazing message" that will give viewers "joy, hope, tears, sadness".

The dramatisation, released on Netflix Nov 23, portrays the two leaving their parents and younger sister in Syria to seek refuge in Germany.

Once there, Yusra managed to restart swimming training and qualified for the 2016 Rio Olympics, then the Tokyo Games five years later as part of the refugee team.

"When we decided to make this movie... we wanted to see an impact," she told the audience at a London screening of the film last month.

The 134-minute film, set to a pulsing soundtrack featuring the likes of Australian singer Sia as well as Arabic music, recounts the sisters' near-death experience crossing the Aegean Sea in a damaged rubber dinghy taking on water.

On the treacherous voyage from Izmir in Turkiye to the Greek island of Lesbos, the tiny vessel – carrying nearly 20 people rather than the half dozen it was designed for – threatens to capsize after its motor dies. 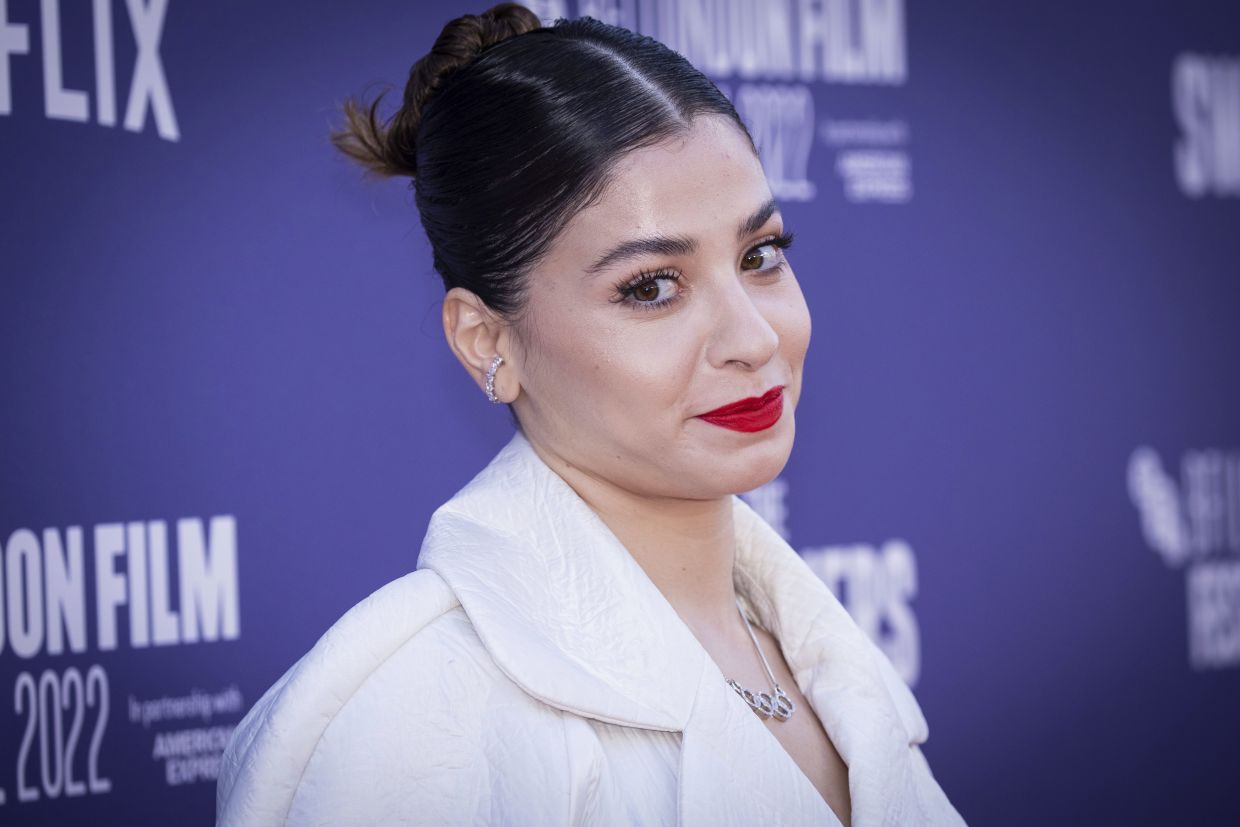 Yusra posing for photographers upon her arrival for the premiere of the film 'The Swimmers' during the 2022 BFI London Film Festival in London on Oct 9. Photos: Vianney Le Caer/Invision/AP

The sisters, who were among the few on board who could swim, jumped into the water for several hours to lessen the weight of the stricken inflatable until it could finally reach shore.

"It was really, really scary for us, even if we're swimmers," Yusra recalled, adding that she was most concerned about a child in the dinghy – despite only being aged 17 herself.

During the dramatic journey, the film shows her telling a fellow refugee, "Swimming is home for me. It's where I belong" and predicting she would one day compete in the Olympics.

"The pool was my safe place, even in Germany," she explained, noting it helped her "fit in".

"I met so many people and they kind of became a family to me. I'm still with the swimming club today." 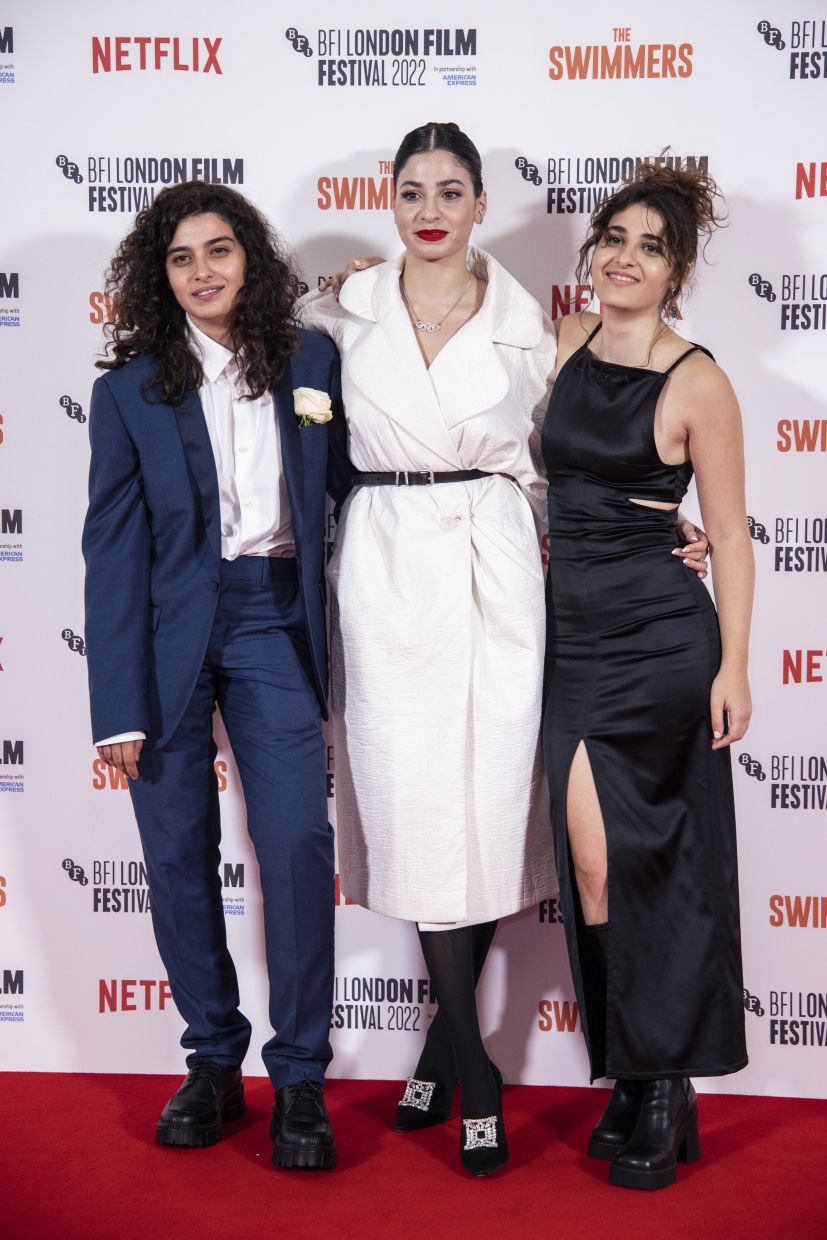 (From left) Manal, Yusra and Nathalie at the premiere of the film 'The Swimmers' during the 2022 BFI London Film Festival in London.

Yusra described the actresses as like their "doppelgangers" but noted they also brought their own perspectives.

"They come from Lebanon. They understand what we went through. And I think that was very, very important.

"They did an amazing job and they played the role as themselves and not as us, but they did honour us," she said.

The Mardini sisters were reunited with their parents and youngest sibling once settled in Germany, and the family now lives there.

However, Sarah and numerous other humanitarian activists face criminal charges in Greece – including espionage, forgery and assisting a criminal organisation – over accusations of helping migrants cross the Aegean.

The 27-year-old, also previously a competitive swimmer, had returned to Lesbos as a volunteer and allegedly affiliated with the non-profit search-and-rescue group Emergency Response Centre International (ERCI), which operated there from 2016 to 2018.

"It has been so difficult for her," Yusra said, adding that her elder sister had recently been allowed to re-enter Greece as the case continues.

"Those charges were not fair and she faces up to 25 years in jail – not only her, but other people as well. And those people were just volunteers. We're just trying to help refugees and it's just so sad."

The Greek embassy in London did not respond to a request for comment.

During her London appearance, Yusra – a UNHCR goodwill ambassador since 2017 – also revealed she had banished initial doubts about being on the refugees' Olympics team.

"I gained such a strong voice after that and I was like: 'You know what? Why not use it?'" – AFP Relaxnews 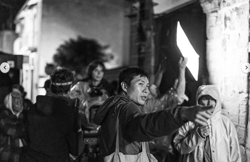 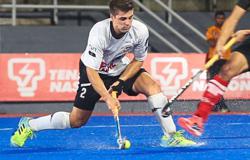