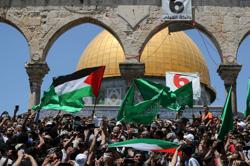 Attorney Melton in front of his home in Dallas. Melton has formed a group made up of volunteer attorneys to help people avoid evictions if they can't pay rent due to the pandemic. Photos: AP

Not long after he began posting advice last year for people facing eviction during the pandemic, Mark Melton found himself inundated with phone calls and messages.

“It became apparent really quickly that this was going to be too much of a job for one person, ” said Melton, a Dallas tax attorney who decided to study up on eviction law as Covid-19 began taking an economic toll on Texas residents.

Since then, Melton has recruited over 175 attorneys who have assisted more than 6,000 people. His team has helped renters understand the protections put in place to temporarily stop evictions and how to access government funds to pay rent. They’ve found themselves doing everything from negotiating with landlords to representing renters in court to helping them get groceries.

Melton’s efforts come as more than four million people in the United States said they faced eviction or foreclosure in the next two months, according to the Census Bureau’s Household Pulse Survey. In Texas, that number is more than 250,000.

A federal moratorium on evictions that was extended through June by the Centers for Disease Control and Prevention aims to protect most tenants but is being interpreted in different ways from state to state.

Additionally, tenant advocates say landlords are still finding ways to evict tenants, and many renters often show up in court without any legal representation or sometimes unaware of their rights.

“Without representation, the majority of tenants lose their cases and ultimately are evicted, ” said Diane Yentel, president and CEO of the National Low Income Housing Coalition. Douglas was facing eviction due to pandemic financial hardships but he received help from Melton to stave off losing his home.

In Dallas, Marcus Douglas, 26, was one of the tenants who turned to Melton.

He’d just been settling in to his US$1,700-a-month (RM6,973) downtown apartment when his real estate business began drying up due to the pandemic. As the months wore on, he worked a side job delivering food, began draining his savings and turned to family for help making ends meet.

Eventually, he ended up representing himself in court during eviction proceedings. The judge suggested he call Melton.

“It kind of felt like it was a weight lifted off my back, ” Douglas said. He now can stay in his place till July and he’s applied for rental assistance.

A review of data from over 20 cities and states found that about 81% of landlords had attorneys while only three per cent of tenants did, according to the National Coalition for a Civil Right to Counsel.

The pandemic has shone a spotlight on this legal disparity, and more cities and states are trying to address it.

States like Michigan have set aside millions to provide legal assistance, and as many as eight cities now have passed laws requiring a right to counsel – moves driven by studies that show greater legal representation saves cities and states tens of millions of dollars on homeless shelters.

Melton’s project, now a nonprofit named the Dallas Eviction Advocacy Center, doesn’t turn away anyone based on their income level.

“The more people that we have who are helping these tenants from being evicted, the better, ” said K’Lisha Rutledge, a Legal Aid of NorthWest Texas attorney whose caseloads have jumped in the pandemic.

Melton said he can identify with the helplessness those facing eviction feel: He’s been there himself.

Melton, who grew up in Tulsa, Oklahoma, said he went straight to work after high school, married and had kids. He’d worked his way up to being a manager at a large collection agency when he found himself without a job after the company filed for bankruptcy. The bank foreclosed on his house and, thinking a bigger city would offer more opportunities, he moved to Dallas.

He started putting himself through college while working often two jobs at a time, and eventually graduated with a law degree from Southern Methodist University. He said his success was possible because of the help he got along the way.

“I relate to that sense of just complete and utter desperation and the necessity to rely on the charity of others just to get the most basic of things, ” Melton said. “It truly breaks my heart.” – AP 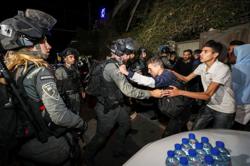 Miami women surprise homeless teen with magical quinceanera
This American third-grader holds food drives to help those in need
Heart and Soul: Interpreter was the bridge between Buddhist masters and community
Senegal’s wrestlers ready for combat after year-long wait
Malaysian B40 bakers earn extra money for Hari Raya through Cookies For A Cause
British-Norwegian couple offers shelter to migrants on Canary Islands
70-year-old Englishwoman wages war on plastic waste on Cornwall's beaches
Sweden's only female oyster diver finds calm at sea
US town lets people pay for meals in advance for the needy
This Malaysian offers relief to the underprivileged through food bank