Klemming, a professional oyster diver, sits on a boat with the day's catch of oysters near her family’s company in Grebbestad, Sweden. Photos: AFP

On a small boat nosing its way through the frozen waters of the Grebbestad archipelago on Sweden's west coast, Lotta Klemming scans the mist-covered rocks for the perfect spot to find a local delicacy.

While France may spring to mind as a more obvious place to find oysters, the Swedish archipelago is home to wild Ostrea edulis – a variety distinct in size and flavour from those reared on farms.

The oysters, which can reach up to 11cm (just over four inches) in size, have been long admired by connoisseurs in Sweden and in the 17th century, the shellfish were collected from the region for the Swedish king's table.

Klemming, 31, is one of a handful of divers in Sweden who plunge into the icy waters in full scuba gear to collect the shellfish year-round.

Sitting in the boat, with a heavy fur hat pulled down over her long hair, the diver puts on thick woollen gloves over her drysuit to protect against the cold. Klemming left a career in the fashion industry to return to her family’s home, taking up diving for wild oysters as a business and enjoying the feeling of being close to nature in the area where she grew up.

Klemming and her father Peter, who is also a diver, moor the small boat in the shallow waters by a rocky outcrop, check their air tanks and jump into the water with a plastic basket.

"They have a very intense taste – it's not like a new beginner's oyster," Klemming says.

The oysters' distinctive metallic aftertaste is best paired with a Guinness or stout, Klemming suggests.

After filling several baskets, the pair heave themselves into the boat, speeding back to their dive house in the village of Grebbestad.

Klemming unloads the oysters and takes them in a wheelbarrow to a nearby beach to clean them with a knife and package them to be sold to restaurants in Stockholm and Gothenburg, where they sell for around €7 (RM34.40) a piece. 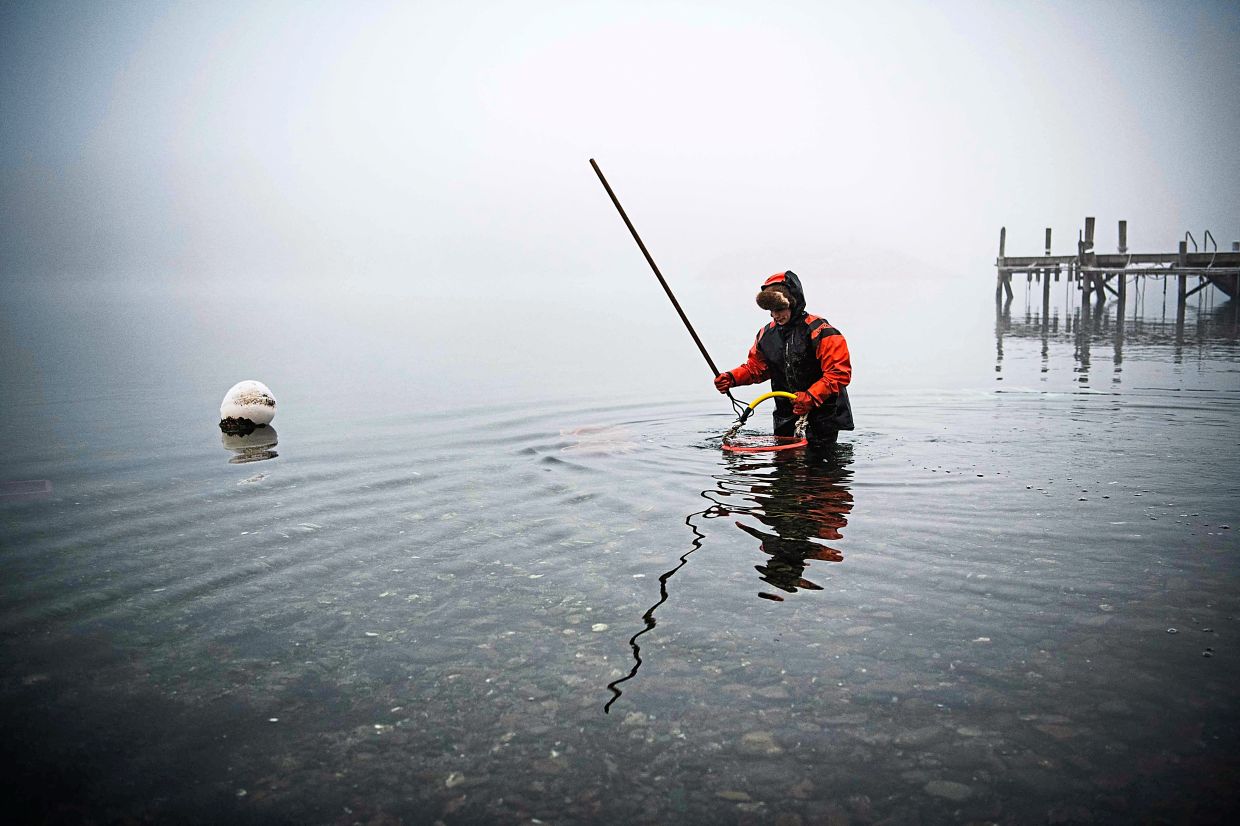 Klemming prepares to clean oysters she collected during her earlier dive.

She grew up in the village on the coast near the Norwegian border, where her father and uncle work as divers, but she never planned to join the family business.

After leaving to pursue a career in fashion in Gothenburg, she missed the archipelago and decided to return and try diving six years ago.

The career change has offered more than a livelihood, she says.

"As a young woman these days, you grow up in a very judgmental world and you constantly feel – or at least for myself – I constantly felt very judged by my looks," she says.

"This is really the opposite of that, no one judges me because of it." 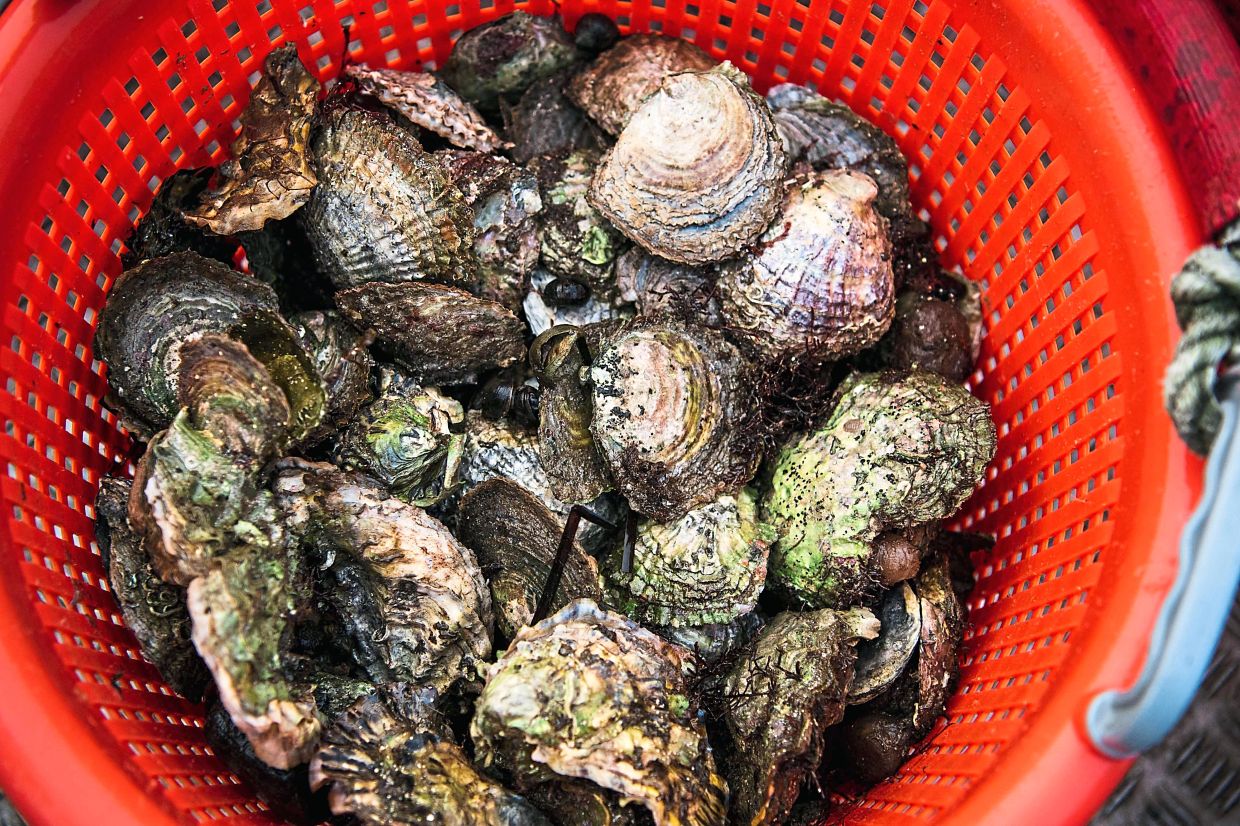 Wild oysters in a bucket collected by Klemming.

Klemming says she is currently the only woman diving for oysters in Sweden.

The Covid-19 pandemic has meant a hit to the business as restaurants that sell her oysters place fewer orders when customers stay at home.

Standing on the small pier in Grebbestad's fog-covered harbour, Klemming says she has no plans to leave.

"One thing I will always do every single week – I want to dive. You can probably compare it with people doing yoga or meditation." – AFP Relaxnews

Miami women surprise homeless teen with magical quinceanera
Dallas lawyer takes up mission to help people avoid eviction
This American third-grader holds food drives to help those in need
Heart and Soul: Interpreter was the bridge between Buddhist masters and community
Senegal’s wrestlers ready for combat after year-long wait
Malaysian B40 bakers earn extra money for Hari Raya through Cookies For A Cause
British-Norwegian couple offers shelter to migrants on Canary Islands
70-year-old Englishwoman wages war on plastic waste on Cornwall's beaches
US town lets people pay for meals in advance for the needy
This Malaysian offers relief to the underprivileged through food bank