For his contribution towards the enhancement of knowledge in flora and plant biodiversity in the South-East Asia region, Soepadmo was bestowed the prestigious Merdeka Award in 2012 as well as the Linnean Medal by The Linnean Society of London in 2015. Photos: Facebook/FRIM

Well-known FRIM botanist and ecologist Dr Engkik Soepadmo, fondly known as "Bapak" among fellow botanists and colleagues, passed away earlier today. He was 83.

In recognition of his contribution towards the enhancement of knowledge in flora and plant biodiversity in the South-East Asia region, he was bestowed the prestigious Merdeka Award in 2012 as well as the Linnean Medal by The Linnean Society of London in 2015. Soepadmo was also nominated as a candidate for the prestigious Blue Planet Prize in 2009 and conferred Honorary Life Membership by the Malaysian Nature Society.

“The late Bapak Soepadmo had contributed significantly to the research and conservation of Malaysia’s forest plant diversity. His passing is a great loss to FRIM as well as the botanical circle. He will surely be missed, ” said FRIM director general Dr Khali Aziz Hamzah on Facebook.

Born on March 13,1937 in Kampung Tegalan, Kartosuro – about 40km from Solo town in Central Java, Indonesia – Soepadmo had a strong interest in ecology from a young age.

"Being born and brought up in a kampung environment, it was natural for children like myself to be curious, observant and become well-acquainted with all sorts of trees and other plants growing around our houses, in the orchards, along narrow and winding streets and river banks, and sprawling paddy fields and vegetable gardens," he once said.

Soepadmo later obtained his PhD from Cambridge University in 1966 under the supervision of the late E.J.H. Corner. 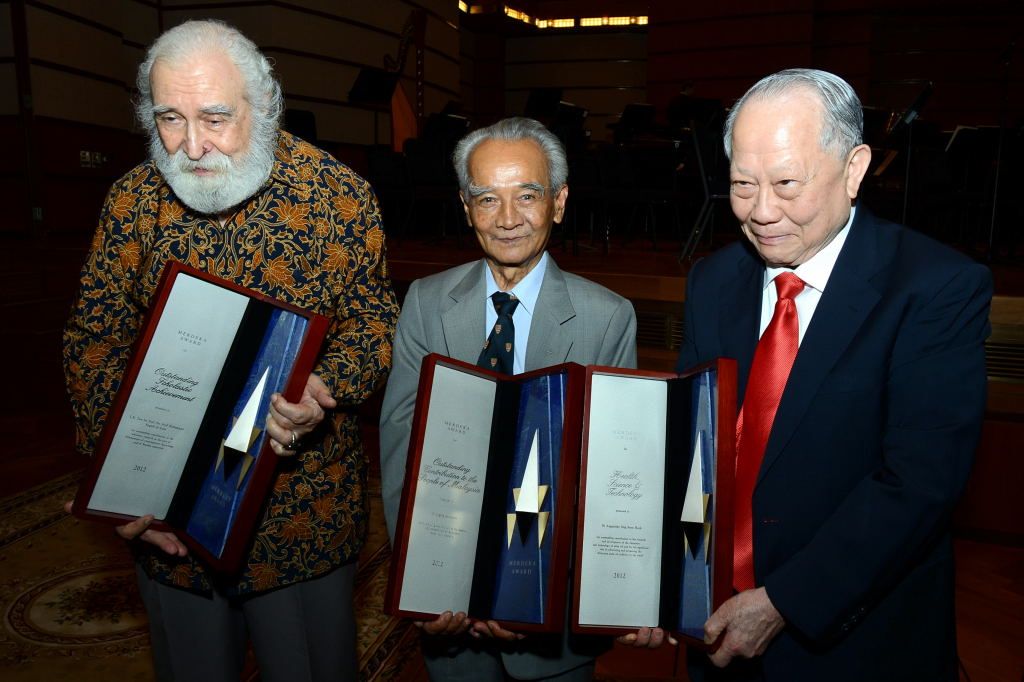 Soepadmo (centre) with his Merdeka Award in 2012.

“After considering all aspects of my future, I became thoroughly convinced that Malaysia was the right place to further my academic career,” he had said.

From 1993, he spearheaded the Tree Flora of Sabah and Sarawak project in FRIM as coordinator and chief editor.

Soepadmo leaves behind his wife, Patricia Soepadmo, a son and a daughter.

Click here for more information on Soepadmo's contribution, research and involvement in the establishment of protected forest areas in Malaysia.