Because a dog's sense of smell is a superpower, they are definitely expert Dogs With Jobs who help us hunt everything, from hidden bombs to kids lost in earthquakes. Photo: 123rf.com

Because a dog's sense of smell is a superpower, they are definitely expert Dogs With Jobs who help us hunt everything, from hidden bombs to kids lost in earthquakes. Photo: 123rf.com

In 1999, flash floods in Vargas, Venezuela, led to a national disaster that put thousands of people in danger. In the devastation, Orion, a Rottweiler, and his owner, were forced out of their home by mudslides.

On their way to safety, they came across a little girl trapped by swirling water. Orion jumped in and helped her to safety. He and his dad then went about rescuing a total of 37 people, including an elderly man of 80. For his work, the Venezuelan government awarded Orion a medal for valour, and national honours.

In the 2008 Sichuan earthquake, 67 search-and-rescue dogs went to work. They found 1,700 victims and saved at least 302 lives. One in particular, the German Shepherd Shen Hu, rescued 15 people from the rubble.

Nicknamed Tiger Shen, he was lauded nationally, employed by the Nanjing Fire Brigade for 10 years, and when he retired, they set up a statue in his honour.

Some years later, in 2019, when an earthquake hit nearby Yibin, Dameng and Baku, two four-year-old English Springer Spaniels, helped rescuers search 200 homes over 32 hours, personally saving three people. Interestingly, Dameng and Baku were both pups of Zhuzhu, who was also a local rescue dog hero.

Over in Mexico, in 2017, when an earthquake struck Puebla, Frida, a golden Labrador, became famous when she was spotted wearing protective goggles, harness and boots while sniffing through the rubble of what was a school in order to rescue kids.

Frida was employed by the Mexican Navy canine unit for nine years, working an amazing 53 rescue operations in Mexico, Haiti, Guatemala and Ecuador. She is recognised as having found and saved at least 52 people. She retired from active work in 2019 and is now training the next generation.

Dog Talk: Some dogs dislike men, others dislike women – how can they tell who's who?

Dog Talk: Do you know what your pet is saying? 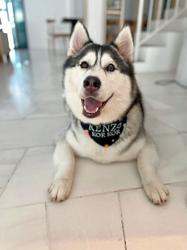