Dog Talk: Some dogs dislike men, others dislike women – how can they tell who's who? 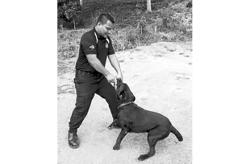 The sebaceous glands that lie just beneath the skin may put out a specific scent, especially with new mums, because babies gravitate to them for feeding. Photo: 123rf.com

When I open my gate, my friend Jynn who lives across the street will pop up and woof, inviting me over for a chat. We hang out, with her standing on her back paws, nose poking through the gate, and me stroking her.

The thing is, when she sees Tom, she backs off. Her tail goes down, her chin comes up, and then she barks. It's not the friendly woof she has for me; it's a big sound, meant to intimidate.

Jynn woofs at Karim, the tree trimmer, at the neighbour dad who's teaching his daughters to cycle, and at the delivery men who pop in. She is quiet when the neighbourhood men go for their early morning walk and gossip, but she watches them with her tail down and ears back, ready to sound the alarm should they stop moving or go near her.

However, she's totally OK with the lady who jogs past every evening, with the girls who play in the street, and didn't say a thing when a female friend dropped by last week.

Why Jynn doesn't like men is fairly obvious: she must have had a bad time with one when she was a pup, before she was rescued and adopted. She's not unusual, either. Many dogs dislike men or women on the basis of poor early experiences.

Jynn can obviously spot who's who, and from a distance, too. The question is, how on earth does she do it?

With so many of us dressing in shorts and tees, and with short hairstyles being popular all round, I can't always tell if it's a man or woman coming up the road. Of course, I'm not frightened like Jynn, so I don't look super closely, but even so, you'd think a human would have the edge over a dog when figuring out their own species.

My first thought was that Jynn is using her powerful nose, however, that would suggest that men and women have sex-specific scents. But that brought up a problem: as far as I know, there's no such thing.

In fact, if you want to stir up psychologists, just ask how people identify sex. Then stand back and reach for the popcorn because it's a controversial subject.

Some will tell you it's all about faces because feminine estrogen results in soft round cheeks and gently contoured jaws whereas male testosterone results in lean cheeks and angular jaws.

Others say it's the way we walk, because there's some evidence that some of us can tell from watching just two steps whether a person (or animation!) is male or female. Checking out the presence or absence of feminine curves also packs punch.

But against that, others say it's all a construct, that we're imagining differences, or that they're cultural, and the way we tell is purely from how people are taught to hold their bodies as kids, plus maybe how they dress or style their hair.

The possibility of Jynn being a secret fashionista or perhaps judging curves was too fascinating to resist. So, I hit the journals to check out where the current science is.

First things first: It's true that dog noses are basically walking tech labs. Our pets have some 300 million scent sensors compared to our six million.

They also have an extra processor, the vomeronasal organ, that sits in the roof of the mouth, linking the mouth and nose with the part of the brain that analyses scents. Unsurprisingly, dogs also have a lot more brain space devoted to scent analysis than we do.

Because a dog's sense of smell is a superpower, they are definitely expert Dogs With Jobs who help us hunt everything, from hidden bombs to kids lost in earthquakes. They're also helping us figure out who has diabetes, cancer and other health issues, although that's super new and there isn't a lot of data yet.

From the journal papers, dogs are expert sniffers because we have identified signature chemical compounds created by some health issues, chemicals in bombs, and of course, illegal drugs. As for helping with search and rescue, that may come down to general people smell but it's also because dogs have amazing hearing, so they can pick up on breathing, crying and other sounds we can't hear.

So does human sex have a specific scent? From the spam in my email, there is an entire industry declaring that yes, we do, and dabbing a bit of pheromone here and there will magically turn us into love magnets.

The reason we don't have loads of laws regulating this industry and regular trials where victims have been coerced into unwilling romance is because there is no evidence or even science to back up the claims.

What we do know is that pheromones and other chemical compounds sometimes play a role in animal behaviour, especially in mating.

Although farmers have used animal secretions to influence shy sheep, horses, and other animals to reproduce, the first sex compound wasn't identified in 1959.

German chemist Adolf Butenandt who was a joint Nobel Prize in Chemistry winner in 1939 for his work in identifying oestrogen, progesterone and androsterone, also pinpointed bombykol, a complex alcohol used by silkworm moths to signal they're ready to hookup.

Super excited by this, researchers dived in. However, decades later, we've identified stink bugs, bolas spiders, and even crab species using chemicals to advertise they're up for whoopee, but the search for human sex pheromones is going nowhere.

There are some chemicals that look good, they're androstene steroids, but as Tristram Wyatt, an Oxford University expert researcher in pheromones and animal behaviour pointed out in the very august British Royal Society journal last year, the 60 studies conducted so far tend to be tiny, and flawed to boot.

Wyatt suggests that we need a reboot, starting by junking everything that's been done so far, and to treat ourselves like a newly discovered species.

He proposes we start examining the skin, or rather, the sebaceous glands that lie just beneath it. These may put out a specific scent, especially with new mums, because babies gravitate to them for feeding.

While I'm not an Oxford don, that makes a lot of sense, because this behaviour is common with mammals, including dogs.

My view is that we tend to look for simple solutions. We want to believe in a signature scent because it's easy. Most likely, it's a bunch of things working together. And skill levels at spotting sex probably vary wildly from person to person. That would also explain why I suck at it.

So, long story short is that how Jynn can tell who's who is still a mystery. She may be silently judging us all, or she might be picking up on chemical signatures that we don't even know about yet. Frankly, neither would surprise me.

As dogs are extremely perceptive, and Jynn is a smart cookie, she may have worked out her own scientific method. Now wouldn't that be fun!

Debbie is a Capricorn girl, born around December 2021. She's still a pup, so she's about to be spayed. She is fully vaccinated and healthy. Debbie is outgoing, friendly, affectionate and gentle. She's looking for a loving home. 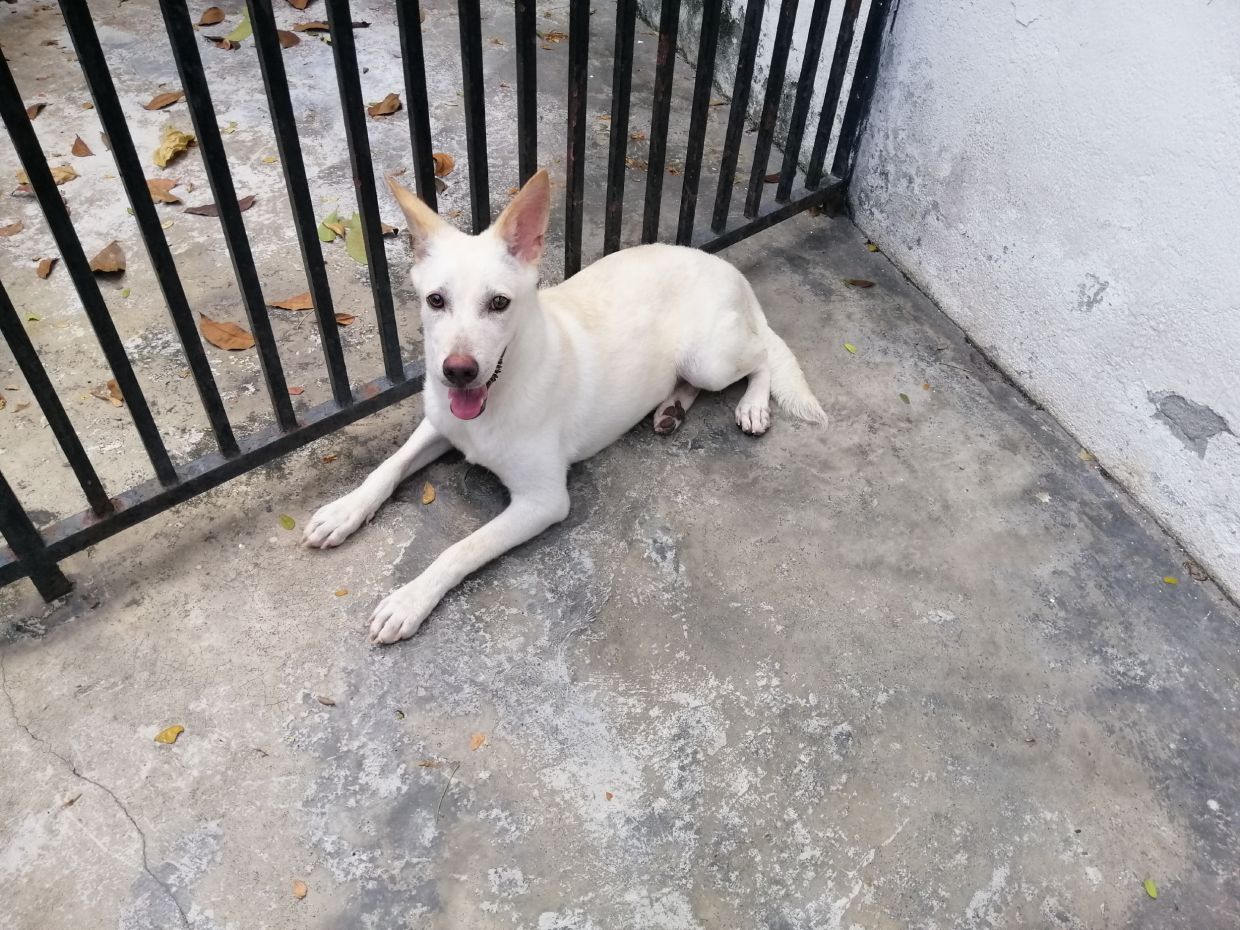 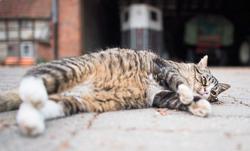