No one can hide from the climate crisis, not even billionaires

A dried up agricultural field in eastern Iraq photographed on June 24, 2021. Climate change could force up to 216 million people to leave their homes by 2050, the World Bank has warned. When the system breaks down that much, hiding in bunkers won’t help you survive. — AFP

If the climate crisis and growing uncertainty about storms, droughts and insane firestorms are going to affect you and your family, well, you could pledge to pressure governments to do more to curb carbon dioxide emissions and put your weight behind international groups calling for an “ecocide” law that could be prosecuted in international courts like genocide is ... or if you’re rich enough, you could just bail on the entire problem.

That seems to be the reaction from some of the richest people on the planet. A recent article in Britain’s Guardian newspaper said that Silicon Valley billionaires in the United States are buying up land in New Zealand and building bunkers to weather any storm, be it the climate crisis, another pandemic or maybe just having to deal with all us regular people and our regular problems.

Why New Zealand? Well, it turns out it’s not just billionaires grading countries for the upcoming apocalypse. Researchers recently ranked countries for their ability to withstand a global crisis and getting top marks was New Zealand followed by Iceland, Britain and Tasmania (which isn’t a country – it’s an Australian island state – but it’s fine, we get it).

The researchers said they looked for countries that were isolated, had the means to be self-sufficient, and had governments that had already started making some sort of plan for these scenarios.

As a Canadian, I was a little shocked to see my home country rank sixth, tied with the United States. In my mind, Canada would be much safer than the United States. And talk about isolation? There’s a lot of unused land up north that you could hide out in and live comfortably as a subsistence farmer in a shack while society collapsed everywhere. But I digress. Canada is not a top pick and the smart money concluded the same as the researchers years ago: New Zealand is the place to hide out in while the world ends.

Perhaps no one better embodies this “save your own skin” spirit than Peter Thiel, who co-founded Paypal and Palantir, an advanced AI company with many US government contracts for military intelligence and special operations. (Palantir, by the way, eerily invested a bunch of money in gold recently to “hedge against Black Swan events”. Yeah, Black Swan events like the end of the world.)

Thiel is reportedly building a hillside bunker mansion which, judging from the photos, wouldn’t be very visible if you were staring right at it. It’s the definition of laying low. Thiel has got New Zealand residency under some programme that grants residency to people with a lot of money, and if there’s any doubt about the purpose of Thiel’s luxury bunker, this excerpt from another Guardian article should clear it up: “In 2016, Sam Altman, one of Silicon Valley’s most influential entrepreneurs, revealed to The New Yorker magazine that he had an arrangement with Thiel whereby in the eventuality of some kind of systemic collapse scenario – synthetic virus breakout, rampaging AI, resource war between nuclear- armed states, so forth – they both get on a private jet and fly to a property Thiel owns in New Zealand.”

So much for maybe he just wants to build an ecologically non-invasive home in New Zealand and raise butterflies. Nope, he full on wants to wait until the rest of us are done dying or killing each other before he pops out of his hole and asks for directions to the nearest Costco ’cause he’s run out of rigatoni.

And I suppose the whole place is self-sufficient and probably has an army of people to run it and protect the boss in the aftermath of whatever collapse has happened. Because if it isn’t, and you’re relying on people you’re going to pay with your vast wealth to continue supplying you and protecting you, I mean, at some point in a really catastrophic breakdown of society, money stops mattering.

And when money stops mattering, all the power that the extremely rich have over the rest of us, well, it’s gone. We only give them power because we agree money means something. If we stop believing money has value, that’s the real apocalypse for the mega rich.

Rather than trying to save themselves, innovative and ingenious billionaires of the Peter Thiel ilk would probably be better served using their resources to find a solution for all of us. Because in a real apocalypse, no one is going to win, no matter how much money you have and how deep into a hill you build your luxury bunker.

So hot, turn on the aircon? No! Do not get used to hotter weather 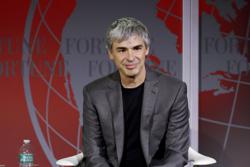 Scotland's latest tourist attraction is a whisky wonderland
7 hunting dogs that make good house pets
Greek winemakers delve depths of underwater ageing
‘Plant’-ing that zen feeling around your home
My Pet Story: The kitten who thinks he is a puppy
Research on beards, wads of gum, wins 2021 Ig Nobel prizes
'Accidental interior designer' Joe Chan on his style and how he started out
Heart and Soul: Life lessons from making mooncakes
The digital healthcare generation gap in Malaysia
Social cost of 2019's plastic more than GDP of India