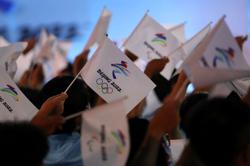 Simone Biles had an attack of the ‘twisties’ – the feeling like you’ve lost your sense of space and dimension while in mid-air – and dropped out of several gymnastics events at the Tokyo Olympics to care for her mental health. — Reuters

American gymnast Simone Biles made global headlines when she pulled out of the women’s team final as well as several individual events at the Tokyo Olympics last month. She said she was “prioritising her mental health over all else”.

As spectators, most of us are happy when our favourite athletes perform and are equally frustrated and angry when they don’t. Often people will be upset as if the athlete has chosen to underperform. Which, of course, is never the case. Anyone performing on the world stage as an athlete, whether in the Olympics or in a professional sport league, has worked his or her entire life to get there. No one wants their success more than they do. But getting in the way of that isn’t just the opposition, it’s themselves.

A lot of time we as viewers don’t appreciate what we are watching when we see athletes on the world stage. We’re not just seeing talented individuals, we’re seeing people who also have to deal with being on that stage. How well would you do your job if there were 40,000 people watching you and cheering you when you did good, and booing you when you made a gaff (or millions in the case of the Olympics that's broadcast worldwide). I have a feeling most of us would choke.

This is the crucible that all professional athletes put themselves into. And this is besides the fact that performing at a high level in your sport isn’t just about training, it’s you believing you can do what you’ve trained to do.

I played baseball at a fairly competitive level in Canada. And I can attest to the fact that the times I was confident, or in the zone or whatever you want to call it, you couldn’t get a ball past me. I’d hit everything. But when I had down times, I couldn’t put the bat on the ball even if you lobbed it at me. All the conditions stayed the same, the competition was the same, but my belief in my abilities was either up or down, and that dictated to a large extent how I performed. And my case is not unique.

Everyone who plays sports at any competitive level is in a battle not just with their competition but with themselves. Nerves play a huge part in performance.

Take, for example, rock climbing. In rock climbing there is lead climbing, where you pull the rope up as you climb, clipping in as you go. In this instance, if you fall, you might fall a few metres before the rope catches you. Then there is top rope climbing, where you’re on a rope that's anchored above you the whole time and if you fall, the rope catches you immediately. It’s well known that climbers climb at a higher level when they’re on top rope, and they climb a little worse on lead.

In both situations the climber is totally safe, but in one situation you fall further. And it’s that fear of falling that leads to “Elvis leg”. Maybe it’s the climber version of the twisties: Elvis leg is when a climber starts to visibly tremble on the wall – usually it’s a leg, and the leg twitch is reminiscent of Elvis Presley’s famous dance moves.

And when you see that in your partner, you know he or she is going through a mental battle trying to get to the top. Then you put that same climber on a top rope, and put them through the same climb, and they get through it easily, no Elvis leg, no problems. It’s just the nerves of knowing if I fall at this point, there is a fall. So the best climbers either don’t fear the fall or put it out of their minds and hone themselves to climbing. That’s what the best athletes do. But it comes and goes.

Biles said that “I don’t trust myself as much any more. Maybe it’s getting older.” Maybe it is. But the best can overcome their nerves and the pressure to achieve greatness, and Biles, after taking a bit of time to herself, returned and won herself a bronze medal. The pressure was too much, she took a timeout and came back and delivered. That’s how to handle the pressure and nerves when it becomes too much. Well done, Simone. 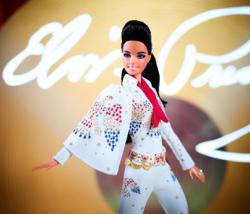 Hybrid trainings: Onboarding in the pandemic
How climate change could affect bicycle use
'Mad' quest to revive ancient dates bears fruit
The Internet has made everybody an expert – problem is, we really aren't
What to do when your new puppy has trouble sleeping alone
Bosnian makes rotating house so his wife can have a different view every day
Dear Thelma: Suffering emotional abuse from my parents
'Beach' coworking spaces the new craze in Sao Paulo
Congestion charges: The urban tolls reducing traffic in city centres
Prince Charles mocked after saying his car runs on wine and cheese