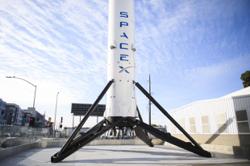 Composite images taken from video of Richard Branson (left) and Jeff Bezos floating in zero gravity on board their spaceships – Virgin Galactic’s 'VSS Unity' (left) and Blue Origin’s 'New Shepard' – after reaching the edge of space on July 11 and 20 respectively. — Reuters/AFP

“Billionaires duel it out over who gets to space first!”

It’s the sort of headline that would fit an episode of The Simpsons 20 years ago, a side gag that would satirise the growing divide between rich and poor, yet we were treated to similar headlines over the past couple of weeks.

This started when two space flight companies, Sir Richard Branson’s Virgin Galactic and Jeff Bezos’s Blue Origin, went head-to-head after each billionaire announced in turn that they would be heading into space on their respective companies’ first flights carrying recreational passengers. When you have billions, I guess you spend it on what you want. And space travel is cool. Saving the planet, not so much.

Both Virgin Galactic and Blue Origin are getting into the space tourism space. And be certain, it’s luxury tourism at its most – well, "extravagant" is a word some might use but, going back to The Simpsons, "satirical" keeps jumping into my head.

In any case, both companies are already selling flights into “space”. In this context space is probably about 80km above the Earth, according to Virgin Galactic (the height its aircraft reached on July 12, 2021) or at the Kármán Line, which is about 100km above the Earth, which is the definition Blue Origin is going with (on its July 20, 2021, flight), ’cause you know, mine’s bigger than yours. Anyone paying up for a space flight will get right to the edge of space, far enough above our home to see it as a planet in space, which, to be honest, is super cool. But with Virgin Galactic’s price tag of US$250,000 (RM1.056mil) and Blue Origin’s undisclosed ticket price, getting this roughly one-hour experience is a tad on the expensive side. Once again, cue the satire a la The Simpsons.

When you realise that Blue Origin is funded by Bezos selling US$1bil (RM4.224bil) of Amazon.com stock each year to pump money into sending other rich people into space for 10 minutes so they can have the coolest Instagram story for the next 24 hours, it really starts you thinking. Maybe that money could be put toward something else? Like maybe solving the climate crisis or world hunger or poverty or even just saving rhinos (I mean, saving rhinos seems a little more worthwhile, don’t you think?).

And yes, I understand that the end game of all this isn’t simply space tourism. It’s about all the innovations that come from repeatedly flying people 80km (or 100km) above the Earth. It’s figuring out how to do that cheaper and cheaper to bring the price down and make space flight more viable, so we can actually fly into space and use this technology to gather more resources, travel to other planets and discover all the scientific benefits that would bring – and, of course, to escape our dying planet ’cause, you know, we spent our surplus cash on getting into space instead of making our home liveable. In galactic terms we are the house that is falling apart but the residents splurge on a Porsche. Yay. Porsche.

Yes, I get it. The key to solving climate change might be in some tech that is discovered by these space companies as they progress with their missions, but betting on finding a solution for something in a tangential project isn’t the best way to solve a crisis that is hitting us head on. If only the world had some way to take even a small percentage of money from these giant corporations.... Oh wait, we do. They’re called taxes.

Thankfully, 130 countries have come together to back a global minimum corporate tax of 15%. I’m all for capitalist systems driving innovation but I’m not cool with waiting for billionaires to decide what pet projects they’re going to fund while crossing my fingers that it’s not the one that is going to end life as we know it.

That’s why governments exist. To protect their people. You can be cynical about any administration but that is why government exists. And we as citizens can push governments to do what we want them to do, what they know they should do, and what is ultimately right for all of us.

We the people can’t turn to Amazon.com and tell it to start saving the world or else. And it’s the same with Bezos or Branson. They’re rich individuals whose fortunes are well earned, and they can do what they want with their money. That is absolutely why a global minimum corporate tax needs to exist, so some of the massive wealth created by industry is given back to humanity. The creation of wealth isn’t for wealth’s sake, it’s for pushing humanity forward, but it’s hard to do that when our home is on fire.