Against the backdrop of calm seas and overcast skies, over 200 Malaysians gathered at Pantai Batu Buruk, Kuala Terengganu recently for one purpose: to construct the most creative and compelling turtle sand sculpture to raise awareness for these endangered sea creatures.

The sand sculpting competition was the launchpad for the #BringOurTurtlesBack campaign – organised collaboratively by The International SeaKeepers Society, Universiti Malaysia Terengganu (UMT) and Kapas Turtles – to raise RM150,000 for turtle conservation efforts in the East Coast.

The competition received 30 entries across three categories from individuals, families, groups and six schools, with some travelling from as far as Singapore to show their support.

The event also featured a beautiful sand sculpture showcase by Malaysian visual artist Ikhwan Saloot, depicting the journey of three leatherback turtles – past, present and future – and the critical role we play in preserving these sea creatures that are part and parcel of Malaysia’s heritage.

The campaign also received support from the corporate sector, agencies and individuals.

A petition with community partner Change.org is also collecting signatures to urge Datuk Seri Dr Ronald Kiandee (Agriculture and Food Industries Minister) to conduct thorough and scientific-based investigations to ascertain the causes of stranded turtle deaths. To date, over 3,600 people have signed the petition. Gail Tay says it is heartbreaking to see the number of sea turtles drop every year, and urges everyone to act now before it’s too late.“We are truly blown away by the sheer number of turtle lovers who travelled here and expressed their desire to preserve these beautiful sea creatures. To me, all the sand sculptures were captivating as they each reflected the teams’ unique stories and imagination. I am especially grateful to our corporate and personal sponsors, without whom this campaign could not have taken place,” said Gail Tay, director of operations & programmes for The International SeaKeepers Society Asia.

Sea turtles have graced earth’s oceans for well over 100 million years, covering vast distances and playing a vital role in maintaining the balance of marine habitats. They are among the gentlest and most beautiful creatures on the planet, with the leatherback turtle even acting as the state icon of Terengganu, one of Malaysia’s hottest tourism spots.

However, turtle sightings and beach nestings have dwindled considerably over the years. The once-iconic leatherback turtle is virtually non-existent to natives of Terengganu and the rest of Malaysia. Moreover, the overall number of sea turtles continue to dive to critically low numbers.

Through this campaign, the team behind #BringOurTurtlesBack aims to raise RM150,000 that will go towards these three objectives:

A designated research assistant will be able to collect and analyse valuable data pertaining to turtle breeding and release, which will empower more informed strategies toward conservation efforts in the long run.

Organise outreach and awareness programmes to a minimum of 10 secondary schools in Terengganu, facilitated by UMT lecturers, on the importance of turtles and the marine ecosystem to the environment as well as the economy.

Funds raised will be used to monitor and collect information on the health status of coral reefs and marine habitats around the islands. Surveys will also be conducted periodically to monitor benthic community abundances and other environmental parameters, particularly on coral reefs as they serve as a crucial feeding source and habitat for turtles and many more marine organisms.

“The turtle has long been an icon for Malaysia and its tourism industry. To see the number of sea turtles drop every year is heartbreaking, which is why we need to act now before they are beyond saving. We dream to return to the glory days when turtles would nest on Malaysian shores every other day. I implore all Malaysians to chip in towards this dream – let’s bring our turtles back,” urged Tay. A sand sculpture with a strong environmental message.

Education is key to preservation

The team behind #BringOurTurtlesBack recognises that protecting turtles is a long-term journey, beginning with the community in the East Coast. Hence, the campaign launched with an on-ground community event to engage visitors and the local communities of Kuala Terengganu.

The programme began on July 14 with a community beach clean-up, followed by the turtle sand sculpture contest and sand sculpture showcase on July 16. There were educational booths set up by UMT and community group Kapas Turtles that illustrated the importance of turtles to the marine ecosystem as well as the plight they faced from both plastic pollution and poaching. 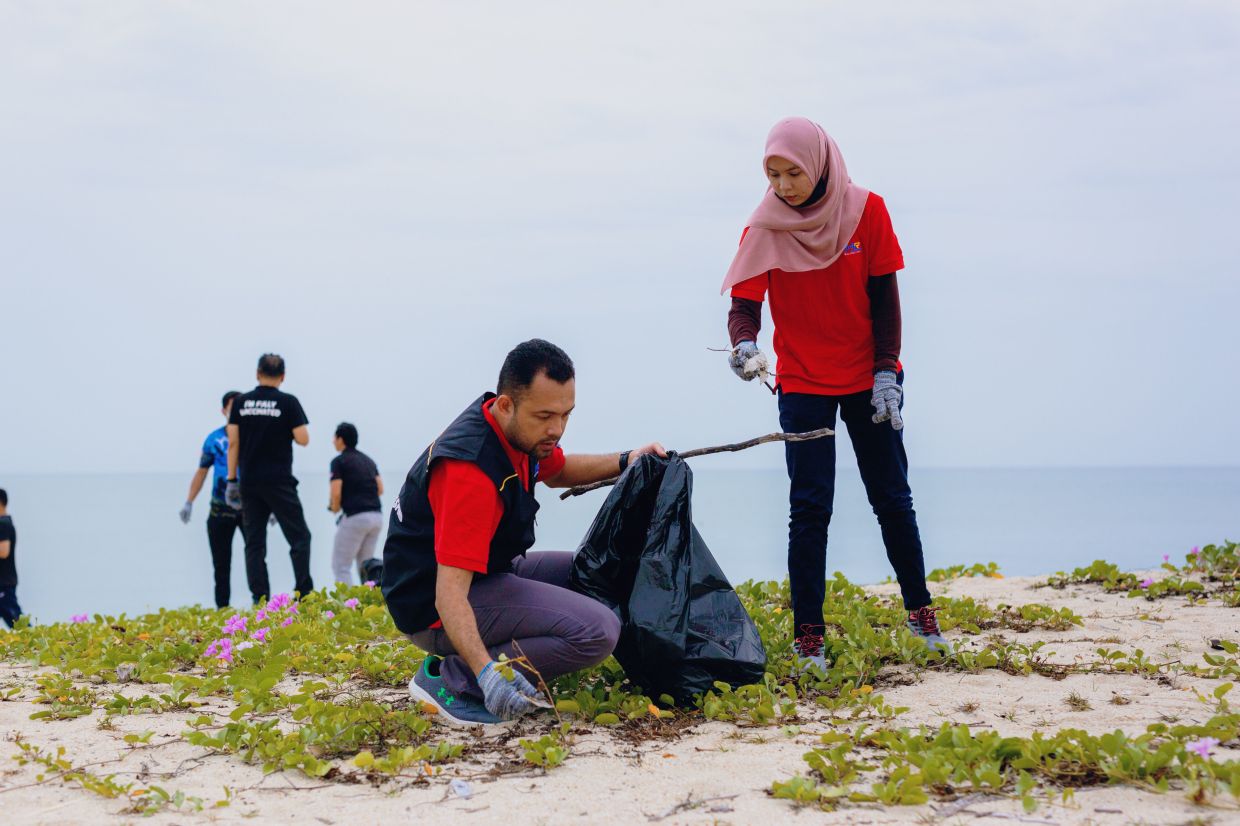 A community beach clean-up took place on Pantai Batu Buruk prior to the main event.

Many of the turtle sand sculptures captured the essence of this narrative, which served as an important education for the many young participants that included children in primary and secondary schools.

According to the participants, the weekend helped them recognise the dire situation of the turtles and they also hope to play a role in raising awareness among Malaysians.

“Many people know that the turtle is the icon of Terengganu. But in terms of turtle conservation, awareness and efforts are very low,” said schoolteacher Zaidi Abdul Rahim.

“I can say that my students don’t know much about sea turtles. Hopefully, this campaign can help more sea turtles come back to our beaches to nest and lay eggs. If the students can see the turtles themselves, I hope the experience can open their eyes and from there, they’ll be more conscious about keeping our beaches and our environment clean,” said schoolteacher Aiman Afiq Osman.

With this community event completed, the #BringOurTurtlesBack team fully intends to continue its fight for the survival of our sea turtles.

Visit bringourturtlesback.com to find out how you can help. A community beach clean-up took place on Pantai Batu Buruk prior to the main event.

A group of participants and their sand sculpture.

Gail Tay says it is heartbreaking to see the number of sea turtles drop every year, and urges everyone to act now before it’s too late.

Another group of participants with their sand sculpture.

A sand sculpture of a sea turtle decorated with flowers.

A sand sculpture with a strong environmental message.

Marine trash: Diving team sets out on mission to pick up fishing gear

Kids can learn all about ‘turtle power’ in a fun way

The fight to save the turtles 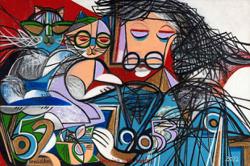 Malaysian saves about RM500 a year by planting greens in her garden
Boost your "happiness hormones"
Why all Malaysians should try gardening: it's a full-body workout!
Design plans for 100% electric 'flying' ferry unveiled
Asian coastal cities sinking fast: study
And the top global city for coworking is... London!
Chance blueprint discovery reveals world's oldest passenger lift
How urban trees are (also) under threat from climate change
Design tips: Making it work with mauve and black
Listening the right way can be a great gift to your loved ones