Marine trash: Diving team sets out on mission to pick up fishing gear

Fishing nets can be fatal for sea creatures of all kinds. Here, a net is placed in front of a fishing cutter on the quay in the historic fishing port of Neuharlingersiel. Photos: Hauke-Christian Dittrich/dpa

You need to hold on tight aboard the Gebruder, as the ship rocks in the North Sea swell as it journeys past the East Frisian Islands.

That's nothing compared to the currents below the surface, where divers from Ghost Diving Germany are on a mission to find fishing nets.

They are the German chapter of Ghost Diving International, which seeks to clean up as much marine litter as possible. Lost fishing nets drift through the water and get caught on wrecks or settle on the bottom, where they continue to harm fish and other marine creatures.

The United Nations calls this "ghost fishing". It occurs when "abandoned fishing gear dumped in the ocean traps and kills fish or other underwater life", says the UN Food and Agriculture Organization (FAO), which notes it is devastating the marine environment.

Some 640,000 tonnes of fishing gear are lost or abandoned in the ocean every year, accounting for around 10% of all ocean waste, according to the FAO.

"You never know how it will look down there and what you'll find," he says.

Visibility and the current are the main challenges. The divers can only go down for short periods of time.

"We have to wait for the currents, otherwise the divers won't be able to stay in the right place," Remmers says.

However, the ship's crew is confident that the divers will manage to find at least some nets. 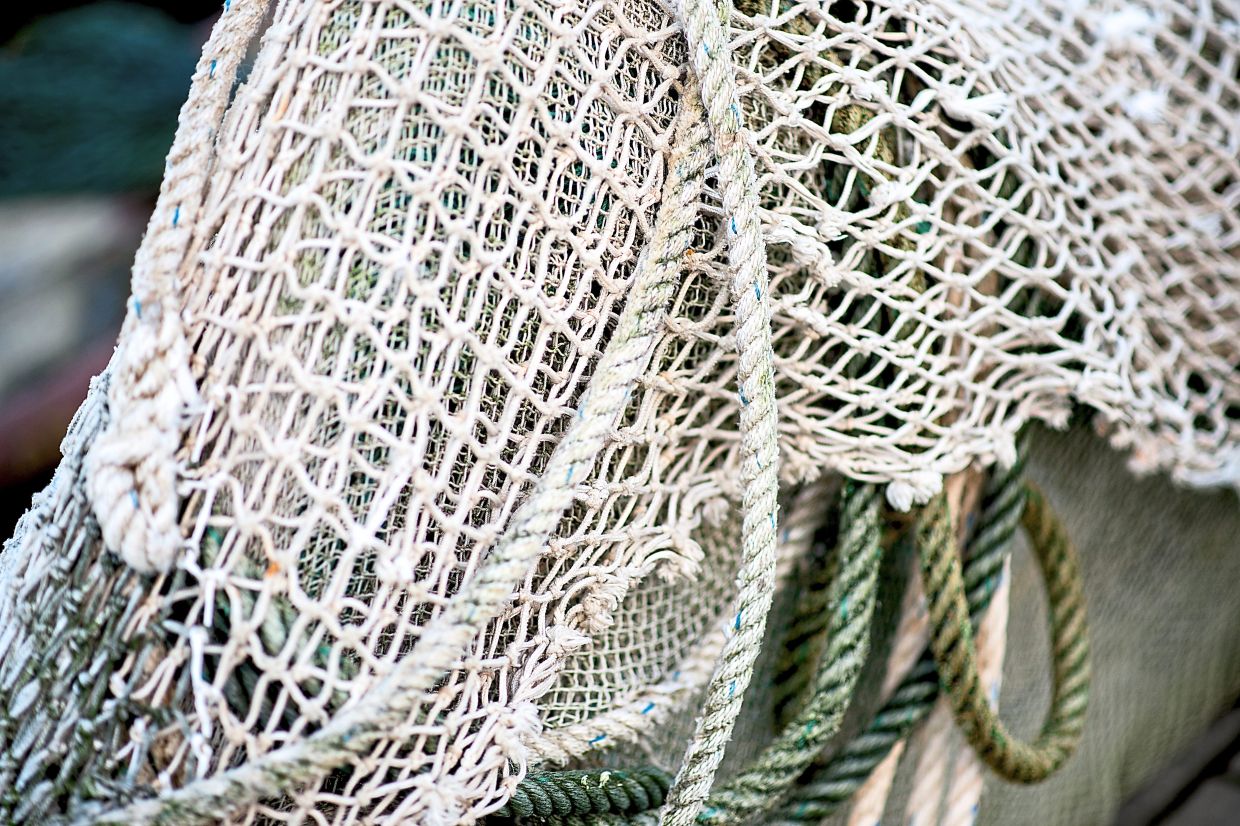 The trouble for the oceans is that fishing nets don't degrade quickly as they are designed to last, so discarded items stay in the sea for a long time, causing incalculable harm.

Once the mission's boats have dropped the anchor, the first team plunges into the North Sea.

The deep sea is considered the "ultimate dustbin of the Earth", says biologist Lars Gutow of Germany's Alfred Wegener Institute. He studies how plastic waste affects marine organisms and marine habitats. Some 150 million tonnes of plastic waste are currently floating in the world's oceans, he says.

Lost fishing nets cause many problems for fish and other sea creatures as they get caught in them and die there, Gutow told dpa. This attracts other larger animals.

Birds also get caught in the nets and are prevented from reaching the water surface again. Many endangered species, such as sea turtles and harbour porpoises, are harmed by marine litter, according to the World Wide Fund For Nature (WWF).Another problem is that lost nets don't dissolve on the sea floor, even after hundreds of years, says Gutow.

"You need two things for plastic to dissolve: warm temperatures and high humidity," he says.

But temperatures are low in the deep sea, and there is little in the way of light or oxygen.Meanwhile, as the material decomposes, as it moves along the seabed, it sheds microplastics that remain in the ocean for centuries.

Finding alternatives to fishing nets is difficult, experts say, because the material is designed to be durable and robust for use in the sea.

Back on the vessel in the North Sea, a couple of red bags filled with air rise to the surface, carrying the divers' spoils. Crew members haul the bags to the boat. The group has recovered some 50kg of net.

"This is a great success," says Stefanie Wiener of Ghost Diving. "Today was the best day so far, we had good conditions for diving."No other animals were caught up in the greenish, slimy nets aside from some crabs, mussels and a starfish that the team frees and releases. Days later, the team retrieves more than 100kg of net on a similar North Sea dive.

Cleaning up the entire ocean is impossible and it doesn't make much sense, says Gutow. Recovering nets across a very large area could disrupt a lot of organisms, he says.

"The only really sensible thing we can do is to stop dumping waste into the oceans."However, ghost divers' efforts are still helpful as they don't interfere excessively with nature, Gutow says. What is needed above all is to stop further marine littering and to regulate fishing activities, to allow the ecosystem to regenerate, in his view.

After the mission, the crew is happy to have made a small contribution to helping the environment.

"That's a great feeling," one diver says. "We recovered a lot today, but there's still a long way to go."Another volunteer compares the deep dive into the North Sea to walking uphill over 10km.

Malaysian crafter picks up beach trash and turns them into bags