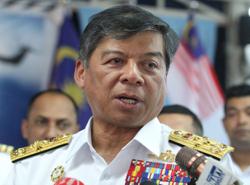 Much like a plane taking off on a runway, the underwater wings drive the workboat up and out of the water as it picks up speed. That enables the craft to travel almost silently with its hull raised above the waves, thus reducing drag, and operating costs, dramatically.

The company behind the new zero emissions vessel, Artemis Technologies, is based in Belfast, Ireland, and headed by Olympic sailing champion Iain Percy.

The 10-tonne vessels, which can carry 12 passengers, have a top speed of 34 knots and a range of 60 nautical miles.

Designed for use as workboats or to ferry crew members on to large ships, they can be recharged in one hour and Artemis says its eFoiler propulsion system produces an energy saving of 90% on comparable vessels powered by fossil fuels.

The workboat is the result of a £12mil (RM64.6mil) research and development initiative. Artemis says it is the first of its kind available in the commercial market.

The company currently employs 60 people and has plans to create 1,000 jobs in the next decade as it further develops its range of green transport solutions.

Artemis Technologies is a spin-off of the Artemis Racing team that competed in the America’s Cup. Double Olympic champion Percy is a four-time America’s Cup veteran.

“Combining our experience from the worlds of high-performance sailing, motorsports and advanced manufacturing, the electric propulsion system that we’ve designed and developed is an absolute game changer for the industry in terms of range, costs savings and minimal wake created,” said Southampton-born Percy.

“The ride comfort of a hydrofoiling vessel through a large seaway has to be experienced to be believed, offering a completely smooth journey whatever the sea state.

“This will allow engineers in crew transfer vessels or port operations to get to their destination and deliver their services without discomfort.

“This is only the beginning. As our vessels transform the commercial workboat and city-to-city passenger ferry sectors over the coming years, Belfast and the UK will be at the forefront, creating thousands of jobs across the supply chain and heralding a green shipbuilding revolution.

“With the global small-boat market worth US$70bil (RM308bil), we are immensely proud to launch our first range of zero-emission vessels for the workboat sector, from which we have already received significant pre-market interest.

“This is a hugely significant milestone not only for us but in global decarbonisation efforts, with the International Maritime Organisation requiring emissions to be halved by 2050.” – dpa/PA Media/David Young 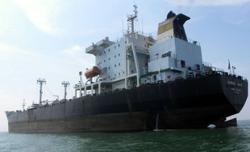 How our body clock affects the quality of our sleep and our wellbeing
Rainwater unsafe to drink due to toxic chemicals, study says
Hungry Ghost stories: The curse of a bomoh brings strange occurrences
Hungry Ghost stories: 'There is something wrong with my husband'
What is a biophilic office?
The sweet fight against climate change
Positive psychology can help us live authentically happy lives
Hungry Ghost festival: A Malaysian's memory of the day the ghosts roam Earth
How locals are swimming between continents in Istanbul
When walking down a grocery store aisle could lead to the altar