Karin Mueck sits with cow and dog on the meadow of Butenland Farm. On the farm, former farm animals lead as free a life as possible. They are neither milked nor slaughtered. Photos: dpa

When Hanni hears her owner’s call, she knows it’s time for dinner and comes trotting over in happy anticipation of a round of hay and lukewarm water.

Hanni is an 18-year-old cow living on a farm run by Karin Mueck and Jan Gerdes in Butjadingen, in northern Germany. That makes Hanni a lucky cow because here, animals are not milked or slaughtered.

The farm was in Gerdes’ family for generations and he took it on from his parents. Initially he continued running it as a conventional farm, before switching to organic farming.

But that did not make him any happier, he says, as he was aware that the cows would still wind up being slaughtered in the end.

Finally, 20 years ago, he decided to convert the farm into a retirement home for animals, relying on donations for funding. He is currently caring for 38 cows. Hanni has already been here for nine years. 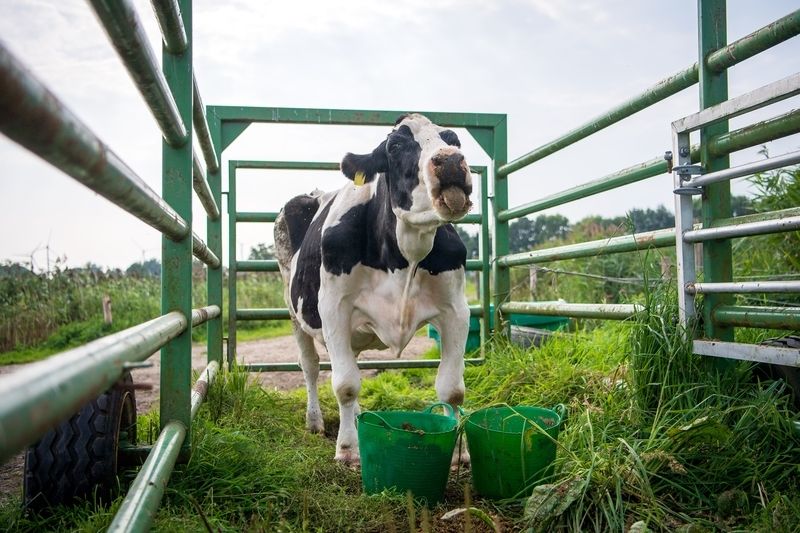 Hanni gets extra feed at Butenland Farm so that she puts on weight.

The animals come from widely differing backgrounds. Some of them spent years working as dairy cows while others come from animal testing laboratories or circuses.

Others were brought here by vets, like Chaya, a brown-and-white spotted cow. She fought so hard against being slaughtered that the veterinarian brought her to Butjadingen instead, Gerdes says.

Some even jumped across the ditch that runs between the farm and the property next door. “We also let them stay,” Gerdes adds with a smile.

For Gerdes and Mueck, all animals, whether they are dogs or pigs or cows, are worthy of respect and decent treatment, but this is rarely given to farm animals.

They deserve better, says Gerdes. “They all have friendships, they have fears, they can experience pain or sadness and joy,” he explains.

Dairy cows are almost constantly pregnant throughout their entire lives, says Gerdes. “They are forcefully inseminated when they are only two years old and technically still youngsters themselves, and already have to bear calves.” After birth, cow and calf are immediately separated. 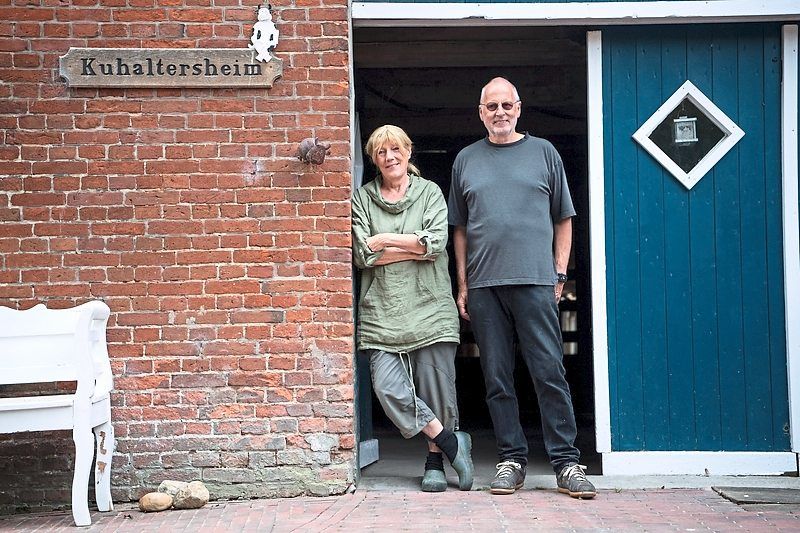 Jan Gerdes (right) and Karin Mueck on their farm Butenland.

Many in the industry defend the way cows are treated. According to Hans Foldenauer, spokesperson for the German Dairy Farmers Association (BDM), “regular calving is a completely natural process and does not harm the cows”.

Christine Licher of the Dairy Industry State Association believes that all farmers care about the well-being of their animals, but they also have to consider the economic aspect of animal husbandry. She says while cows nowadays produce more milk than before, that doesn’t mean they are subject to additional stress.

Farmers in the rural state of Lower Saxony, where Butjadingen is located, produced over 4.8 billion litres of milk annually between 2001 and 2010, according to the Agriculture Ministry. Last year, that figure rose to some 6.2 billion litres.

Of Germany’s herds, many are dairy cows. Nationwide, there are some 2.4 million cows, with 820,000 of them working to generate dairy products.

Some are now calling for stricter minimum requirements for livestock farming and special regulations for dairy cows.

While detailed regulations govern the husbandry of pigs, laying hens and calves, no special laws apply to how dairy cows are farmed, says nutritionist Anneke von Reeken, a consumer affairs expert from the state of Lower Saxony.

She advises shoppers to buy organic milk which at least ensures that farmers let their cows outside and give them more space indoors. Tethering is only permitted in exceptional cases.

Harmful conditions have left many cows suffering from joint problems like osteoarthritis, according to Gerdes and Mueck. 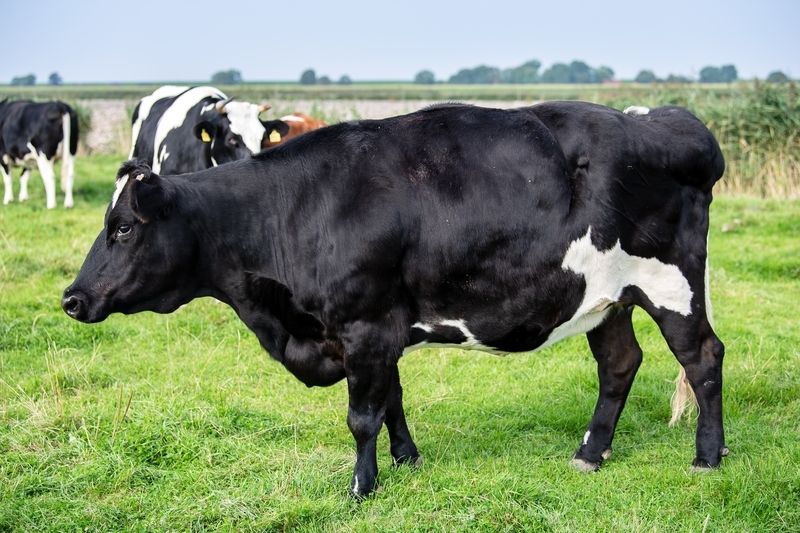 They hope younger generations will shape the future in a more sustainable way.

After all, when you read children’s books, farm animals are happy creatures that spend their days cantering about meadows, says Mueck.

She says schools should teach children the much less pleasant reality by taking youngsters to see what happens in slaughterhouses, once they are old enough.

People are creating more pressure now, Gerdes says, though yet more change is needed for more animals in the future to be able to live the kind of lives that Hanni currently enjoys. – dpa/Demy Becker