Your own island: You want one, but can your kitchen really handle it?

Chopping, chatting and cooking – that's the idea behind kitchen islands you can cook on. Photos: AMK/dpa

A large open kitchen with an island for cooking in the middle – it's the dream for many.

"The kitchen island is, in a way, the symbol for the fireplace around which the whole family and friends gather to cook, eat and talk together," says interior designer Ines Wrusch.

If you want a kitchen like this, you should plan well in advance.

“Of course, a lot is possible in a new build,” says Volker Irle, managing director of the Modern Kitchen working group. Nowadays, it's commonplace for the kitchen to form the heart of the home.

In an existing building, however, things are more difficult as they often only have small working kitchens. When it comes to a renovation, the connecting walls to the living room would most likely have to be torn out to create an open atmosphere and more space. 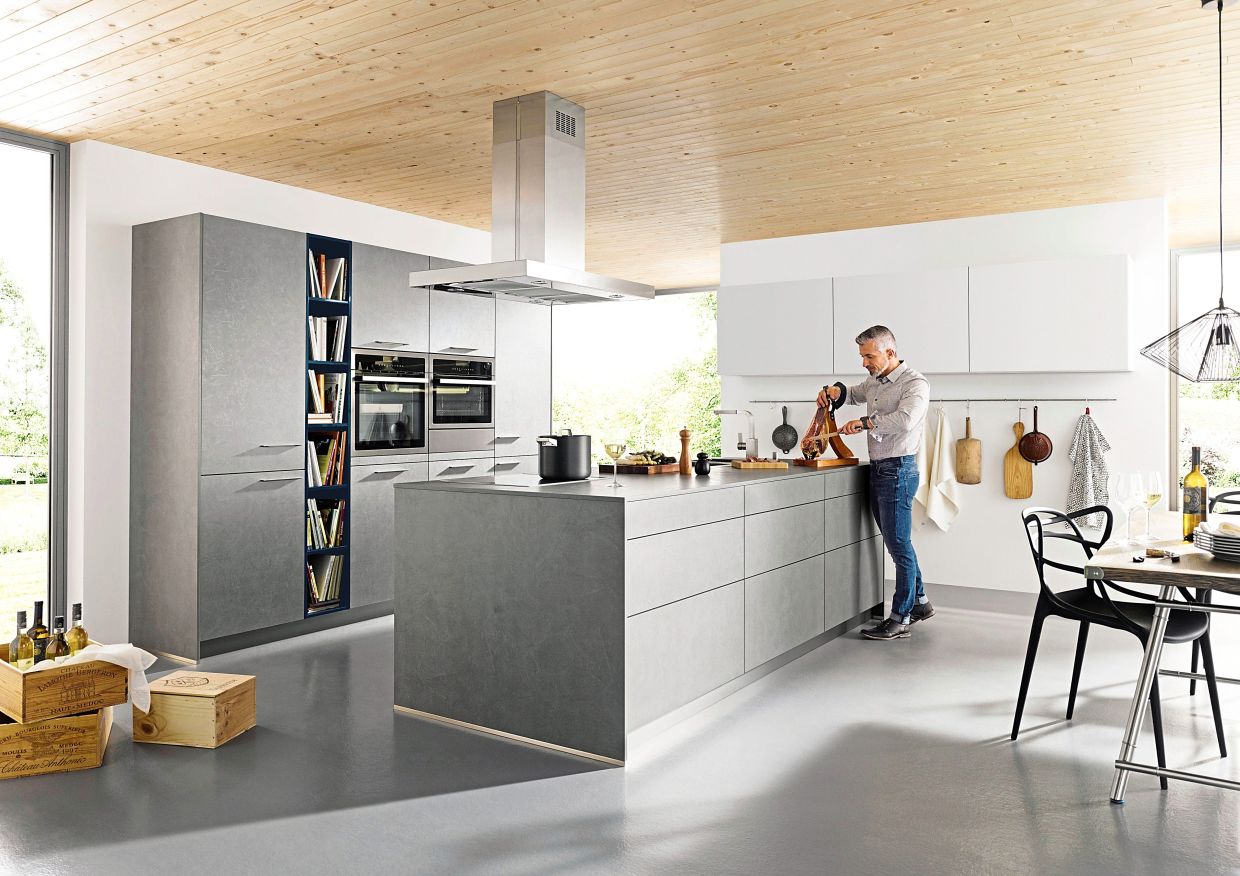 Open-plan kitchens designed around an island you can cook on are hugely popular at the moment, but you'll need lots of space.

"But you probably won't be able to create a combined kitchen/living room with an island," says Irle.

This is because an open kitchen needs space: 15sq m is the minimum, but more is better. If you do have enough space, you you should consider how the island will be used.

"You need to decide if you want a kitchen island or a cooking island with a stove – this makes a huge difference in the planning," says Irle.

Think about the wiring and piping

If you want to place a cooktop or hob on the kitchen island, you should bear in mind that the necessary electrical wiring or gas line will need to be installed.

If a sink is also to be installed, water pipes will need to be laid. Wastewater must not be forgotten about either. In a new building, this is not such a big deal if you plan in good time while if it's a conversion, things are likely to be more complex.

A kitchen island that is not equipped with a hob is a lot less complicated to plan. Instead, you can use it to chop and prepare food, and sit around it, too. It's a good idea to plan in power points as electricity is needed for mixers, blenders or other appliances, especially when preparing meals. Kitchen islands are certainly a luxury for those of us who have the space for them. But there are also models designed for smaller rooms by combining a dining table function.

If you can't decide whether you want to chop food or cook it, you can also use the kitchen island for both.

"It's important that there is enough space to the right and left of the hob to work and to place the prepared food," advises Wrusch.

If the hob is 80cm to 90cm wide, for example, another 60cm of worktop should be planned either side. You should also plan at least 30cm of storage space for safety reasons, for example if you need to quickly pull a pot away from the hob," says Wrusch.

"This gives you two metres of width for the island – and for that you need a large room." It's also important to be able to move easily between the wall unit and the island.

"You should plan in at least 85cm, otherwise it will be too narrow," says Wrusch. If you're cooking in a general living area, you may want to install an integrated fan, which can also be built into your island.

If your kitchen merges into the living area, special care should be taken to ensure that the smell and moisture from cooking do not waft through the flat for hours after eating. There are modern, efficient systems for both extractor hoods and ventilators that extract fumes and moisture downwards. Conventional extractor hoods have also improved and do a good job.

It's practical to create additional storage space when putting in an island, and base units can be installed on both sides. Pots, pans and other cooking utensils can then be stored there within easy reach.

"Tidiness is a very important factor in open-plan kitchens," says Irle, adding that it can be a challenge. But there is a simple solution – pocket door systems, also known as slide-in doors.

"It involves large doors that slide into and disappear into a narrow body in the cupboard when opened. When the cabinet is closed, the doors form a high-quality surface that blocks the view of what's inside. Then everything is clean and tidy," says Irle. – dpa Chopping, chatting and cooking – that's the idea behind kitchen islands you can cook on. Photos: AMK/dpa

Kitchen islands are certainly a luxury for those of us who have the space for them. But there are also models designed for smaller rooms by combining a dining table function.

Open-plan kitchens designed around an island you can cook on are hugely popular at the moment, but you'll need lots of space.

If you're cooking in a general living area, you may want to install an integrated fan, which can also be built into your island.

Just think of all that extra drawer space. Bye-bye potato masher getting jammed in the cutlery drawer.

Why can't we make our homes comfortable for tall and short people?

Fall interior trend: Morris style, or when the garden comes inside

Rainwater unsafe to drink due to toxic chemicals, study says
Hungry Ghost stories: The curse of a bomoh brings strange occurrences
Hungry Ghost stories: 'There is something wrong with my husband'
What is a biophilic office?
The sweet fight against climate change
Positive psychology can help us live authentically happy lives
Hungry Ghost festival: A Malaysian's memory of the day the ghosts roam Earth
How locals are swimming between continents in Istanbul
When walking down a grocery store aisle could lead to the altar
Anti-smoking Bill: Where there’s smoke, there’s a whole lot of hot air