Traffic on an expressway in Brittany: Private vehicles seem to be the preferred choice for fall 2021, both for commuting and for travel. Photo: AFP

For many, fall 2021 marks the beginning of a kind of "new normal". After months of Covid-19 lockdowns and restrictions, remote activities and homeworking, things are slowly getting back on track in regions of the world where the virus remains under control. And with that, comes the return of traffic congestion.

Road traffic is getting back to pre-pandemic levels, and is even exceeding normal averages. According to the American City and County website, drivers in Israel and Australia drove at least 20% more miles in August than before the pandemic.

Could it be due to the resumption of face-to-face work and activities? Or a change in travel patterns?

In any case, that's what the media suggests is the case for the US: "There is less commuting and more running errands, reaching leisure destinations and long-distance trips."

Private vehicles seem to be the preferred choice, both for commuting and for travel.

This trend for traffic jams and congestion is also evident in Paris and its region, where traffic jam averages are close to exceptional levels. According to the French government website Sytadin, cumulative traffic jams reached 425km on Oct 4, at around 9am.

Public transport use is down

This increase in the use of private vehicles has consequences for public transport use, which is decreasing. This trend is seen worldwide, from the United States to Europe and Asia. Public transportation ridership has dropped by 30% in Los Angeles, the Los Angeles Times reported in April.

Although the decline in LA's public transport use has been going on for years, it has been reinforced by the pandemic. This drop has reached 25% in France, as Nicolas Pauget, head of studies and forecasts at Transdev, told the Le Parisien - Aujourd'hui en France newspaper.

For its part, the megalopolis of Delhi is close to a 24% drop, according to the Hindustan Times.

How to get users back?

To counteract this increase in traffic, cities are implementing various strategies to try to boost the use of public transport. These include free transport, tolls in some inner cities, and incentives for users of alternative transport. The US city of Seattle, for example, is offering up to US$25 (RM104) in credit to use on transport options such as water taxis or self-serve scooters. – AFP Relaxnews 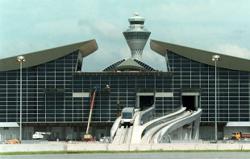