In Oslo, eight out of 10 new cars sold are now electrified. Photo: AFP

Norway, Sweden and the Netherlands are the European countries where drivers have been the fastest to embrace electric vehicles.

In Bergen, Norway, Europe's top city for uptake of these types of vehicles, 80% of new registrations in 2020 were for electrified cars, i.e., 100% electric or plug-in hybrids.

Major capitals such as Paris, London and Brussels are around the European average, just above the symbolic 10% mark, according to a report by the International Council on Clean Transportation (ICCT).

Of the 50 cities listed in this report, Warsaw closes the ranking with just 2% of sales corresponding to an electrified vehicle.

Unsurprisingly, the cities with the best public charging infrastructures top the list. Oslo, Utrecht and Amsterdam have around 5,000 charging points for every million inhabitants. That's almost 10 times more than in Paris or London.

More than 5,000 self service e-bikes will soon be available in Stockholm 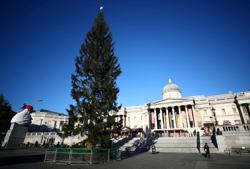 How Africa's Great Green Wall is back in the spotlight
Germany's deadly maritime border
You can dance the night away and be eco-friendly at these European nightclubs
Malaysian designer Fern Chua among five South-East Asian artisans featured in exhibition
Fat pets: Treats aren’t the only way to reward your pet
If your home is a one-room flat, consider these decorating tips
APPROVE BILL PAYMENTS WITH SECURE2U
Huge impact of effective bargaining
A UNIQUE LIFESTYLE SHOPPING EXPERIENCE
How China's carbon emissions fell for the first time since Covid-19 lockdowns