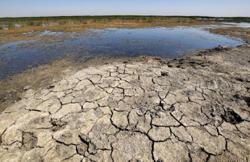 People are hungry. Children are going to bed hungry. Desperate parents are even feeding children condensed milk diluted with water, scavenging dumpsters or searching the wild for food. Bank accounts are dormant, long unused. Babies are being abandoned. Suicide cases are rising – a few occur every day.

These are stories of the poor I’ve heard coming out of Malaysia. How ironic that we once had a vision of being a developed nation by 2020. Instead, here we are in 2021, seeing unfathomable deprivation.

It’s heartwarming to see the outpouring of aid. Countless organisations are sending out food parcels and dispatching funds. Ordinary people are helping neighbours in need.

But many more need help. Aid workers are getting flooded with pleas for help. Child activist and Yayasan Chow Kit co-founder Datuk Dr Hartini Zainudin receives up to 150 requests a day; she is able to help only some.

“It’s non-stop and very overwhelming. The most painful part is people holding up their babies or the elderly begging for food [in video calls], ” she says.

Most callers are Malaysians who have lost their livelihoods, such as restaurant workers or fishermen. The situation is dire in Sabah, which had a 20% poverty rate prior to the pandemic – “I’ve never seen anything like it. We are getting entire villages asking for help, ” she says.

A grassroots social media- driven campaign called White Flag has begun to help those in need become visible. Among those putting up flags to indicate they need help were an older security guard out of work since last year, a jobless welder, a hawker in debt, and a single mother who ate biscuits for three days after running out of rice.

Some politicians have rejected the campaign, calling it “propaganda” and criticising it for not using official channels. A PAS MP called for prayers instead. But people are starving – they need help urgently, now. Government programmes do help, but aren’t extensive or timely enough.

Not all can even travel to seek official help either, especially with movement restrictions or those living remotely with children: “They have no transport, no motorcycle. It’s about logistics and coordination, ” explains Hartini. Some may not even have any phone credit.

The pandemic has been brutal on the poor and migrants. It will push two to three million children into poverty, the Merdeka Centre research firm said in 2020. Lockdowns are like a death blow, driving more to despair.

The poor are particularly vulnerable to the impact of Covid-19. Job losses have affected low- income workers and the self- employed in the informal sector.

“Not only have they lost their jobs, their little precautionary savings and forced savings – for retirement – are also depleting, ” says economist Dr Muhammed Abdul Khalid, managing director of research firm DM Analytics. He feels that allowing employees to withdraw retirement savings – which has left 3.7 million workers with zero savings – is “irresponsible”.

Among families living in low-cost flats in Kuala Lumpur, more than half could not buy enough food or pay bills in time, a 2020 study by United Nations agencies and DM Analytics found.

“The crisis negatively impacted the poor at a much higher rate than the rich, ” Muhammed says. Some of the rich even benefited and accumulated assets. Globally, most billionaires bounced back by the end of 2020.

The pandemic did not cause the yawning rich-poor divide. Since 2016, that gap has been growing in Malaysia, with a rising Gini index, an income inequality measure. The gap between the top 20% and bottom 40% (B40) of income groups has widened – and is set to widen further.

Signs of poverty were evident before: a 2018 study of children in low-cost flats found more than one in five were stunted due to nutritional inadequacies.

Also, social assistance spending has declined by 45% between 2009 and 2020 to RM24bil, says Muhammed. Moreover, “The bulk of spending is not for the poor. For example, the fuel subsidy does not generate benefits for all B40 households – it benefits the middle class and rich more.”

Plus the tax system squeezes the poor and middle class but is relatively light on the rich. The top tax rate is only 30% (some European countries are double that figure) while there is no wealth tax, no capital gain tax, no dividend tax and no inheritance tax. As a society, we’re rewarding the rich and hurting the poor.

“The entire tax system needs to be revamped in Malaysia. It is not progressive enough to help the poor. It’s about fair taxation. The majority of the rich pay little tax, ” says Muhammed.

He notes that “If we are not careful, we will have a very unequal society in the near future. This is bad for growth and stability, especially for a multiracial country such as Malaysia”.

We have a choice. We can redress the deep inequality and stop people starving. It is the road to recovery and greater resilience. And the only moral way forward.

Human Writes: Our treatment of migrant workers will come back to haunt us 'Accidental interior designer' Joe Chan on his style and how he started out
Life lessons from making mooncakes
The digital healthcare generation gap in Malaysia
Social cost of 2019's plastic more than GDP of India
The Copenhagen neighbourhood at the cutting edge of sustainability
Choosing life in the countryside over city life
Uphill battle: Spain's wine growers adapt to climate change
3 unique bookshelf designs you'll want for your home
No one can hide from the climate crisis, not even billionaires
Birds of prey in danger around the world