Human Writes: Our treatment of migrant workers will come back to haunt us 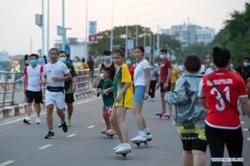 Migrant workers often find themselves living in filthy 'kongsi' (shared houses), without even a mattress or a place to store their belongings. — Filepic/The Star

So let me get this right. Since 2020, we’ve had Covid-19 outbreaks constantly flaring up in factories. But in Malaysia's current national lockdown in June, 2021 – which aims to put a brake on the spiralling number of cases as healthcare services reach breaking point – many factories and workplaces are allowed to operate.

A recent Bernama report said 128,150 companies with nearly 1.6 million employees have approval to operate during the lockdown.

Factories were the source of almost half the country’s clusters in late February and March 2021; with construction sites, they accounted for 60% of cases. In this second week in June, one-third of clusters were traced to factories – but with workplaces, the figure rises to 60% of clusters (18 of 30).

Clearly, factories and workplaces are key drivers of Malaysia’s Covid-19 epidemic. They have even been called “superspreader zones”.

So rather than a blanket lockdown, where everyone has to bear the burden regardless of risk or potential spread, could targeted interventions directed at root causes be more effective?

Cramped, busy workplaces where social distancing is impossible are like kerosene to a burning epidemic. In 2020, in many countries, meat plants were the site of multiple outbreaks, due to crowded, unsanitary conditions. Aerosols thick with dust, feathers and faeces exacerbated viral spread. Among measures advised were compulsory face coverings, reducing workforce density, barriers between workers and greater distancing, and systems to test, trace and isolate workers.

Health and safety inspectors need to offer problem factories specific strategies and quick fixes if possible, such as modifying work areas or schedules, or reducing staff onsite to avoid crowding.

But more often than not, the greatest risks lie where workers live. Crowded, unsanitary living conditions are the norm – there have even been reports of 20 workers squeezed into a room. A bathroom may be shared by dozens and may not have a window. This is just a disaster. Ventilation is so critical because of the aerosol spread of Covid-19.

Last November, the country’s largest cluster occurred among 5, 000 workers of one company whose living conditions were described as “terrible” by Human Resources Minister S. Saravanan. This led to the company’s factories being shut down temporarily while a mass screening of workers was conducted with the help of the Health Ministry.

This case was prominent, but such conditions are all too common for Malaysia’s two million documented migrant workers. This is worrying. These are pockets of potential rapid spread of Covid-19, which will in time hit the community. And with the increasing presence of variants, the spread will be faster, even explosive. Genomic sequencing has found 145 cases of dangerous Covid-19 variants here, including the Beta and Delta variants first seen in South Africa and India.

The best strategy now, some experts believe, would be mass testing and mass vaccination for workers. But with the vaccination rollout already contentious and many Malaysians desperate for their turn as the number of cases escalates, this idea might not go down well.

In any case, it’s high time we improve housing for migrant workers, not just for disease control but because it’s the right and humane thing to do. It’s simply appalling that workers live in such poor conditions while their bosses earn millions (or billions in the case of the company mentioned above). Remember, these workers drive the engine of the economy, doing laborious work shunned by many. One suggestion was for the government to open up unused buildings to use for housing or to initiate a turnkey project to build dormitories on state land, which could then be rented to factories.

Singapore has also struggled to control Covid-19 in workers’ dormitories, with half the country’s migrant workers infected. The country now plans to find new space to house 60,000 workers to reduce their housing density – it will use “quick build” dormitories in modular form or refit unused state buildings.

Such measures will have an impact. And yet, we still hear of pointless actions taken during the pandemic, including the random, inhumane arrests of migrants – which just drives them into hiding, into corners where they cannot be helped, and from which the disease may spread unchecked. And then there’s the pointless spraying of disinfectant in open areas – Covid-19 spreads largely by airborne particles.

We need policies that heed the science. Otherwise we waste time and precious resources.

And we need a coordinated response across different ministries, as opposed to ministries working in silos. In a pandemic that has affected all sectors, a unified whole-of-government approach is needed. Covid-19 travels along the fault lines of societies, highlighting cracks and weaknesses long ignored. Without action, our treatment of migrant workers will keep coming back to haunt us.

From open-plan to open-air: Setting up office in a Parisian park
E-commerce platform for young ones
My Pet Story: Darling of our neighbourhood
Championing delicious Orang Asli-grown durians Premium
In Tokyo, head for this mushroom-like public washroom when nature calls
Giving older dogs a second chance at life
Dear Thelma: I'm stuck in an arranged marriage and drawn to colleague
Swedish engineer builds world's first hydrogen-powered house
How Abu Dhabi is leading the way in managing high temperatures in cities
Job seekers: Fine line between sprucing up your CV and lying