The writer and her furry companion Larson. — Saraswathy Thurairaj

Do you have an interesting story about your pet that you would like to share? We’d love to hear from you. Tell us in 600-800 words (in Text or Word format), with three to four photos (1MB, captioned, in JPEG format). We reserve the right to edit all submissions. Email: lifestyle@thestar.com.my with the subject 'My Pet Story'.

This is the story of a small yet brave dog named Larson.

She was named after Swedish professional football coach Henrik Larsson. Larson was just her nickname. Her full name was Hendrik Larson Birosson. A Japanese Spitz, she had fur as white as snow. She was born in Melaka, at the home of my parents’ neighbour.

Larson had a pair of short white ears to complement her white fur and a bushy long tail that curled up and wagged non-stop when she was around the people she loved. She also had very sharp teeth as though they ought to belong to a German Shepherd instead.

Larson was adopted by a family that consisted of a caring and loving mother, a responsible father, a mature sister and last but not least a cute and adorable younger sister.

We brought the two-week-old puppy from Melaka to Kajang, a two-hour journey by car.

Surprisingly, she behaved very well, although she was very terrified. We transported her in a palm-sized lychee basket. When she reached her new home, she was surprised, for it was a condominium on the sixth floor!

As Larson was still a little puppy, she drank from a baby’s milk bottle; however, she refused to eat.

Thus, I had to feed her twice a day. To make the feeding easier, I used to soak her dry food in water and make them into small balls and stuff them into her mouth.

She would be lying upside-down facing me on my lap whenever she was eating.

She was such an adorable, cute puppy that everyone around her loved her unconditionally. This led to her being pampered.

Larson always had her regular morning walks with her father, my husband. He would take her around the car park and often bring along a plastic bag to pick up her droppings.

This also helped with her physical health so it was like killing two birds with one stone.

In order to maintain her hygiene, my two daughters would bathe her at least twice a week. We also took her for a regular medical check-up with a veterinarian, Dr Ashokan from Kajang. He truly loved her too, because she was named after a football coach. Dr Ashokan is a great fan of football.

As the years went by, she grew into a majestic dog. Soon, I decided to move into a new big house so Larson would have ample space to move around. She had an immense porch and garden to play in. It was a gated area but, unfortunately, some of the neighbours were not comfortable with her.

She had a very loud and piercing voice so whenever she barked it was a thunderous sound. Larson was exhilarated to be in her new house as she could bark freely at any cat, squirrel and bird that she saw. This created some agitation in some of the neighbours.

Wretchedly, one day, some mean people did a horrifying thing to her. They inserted some needles into some chicken pieces and threw them into my garden. Unknowingly, poor Larson ate it up. She fell very, very ill.

We were devastated! We took her to three different veterinaries. We thought that she could be saved but after two weeks of suffering, her soul left us.

We cried so hard – losing Larson was a dreadful thing! It was heart-wrenching! We had a funeral ceremony for her at my house.

Many of my family members, relatives and close friends attended her funeral. They brought flowers to grace her because they knew how important Larson was to us.

There wasn’t a dry eye during the ceremony! We buried her in the garden and later we planted a tree beside her grave.

We mourned for days and weeks, months and years. In fact, until today after nine years, I still light up incense sticks under the tree where she was buried. Every time, whether I am sad or happy, I would go to Larson’s tree and share my feelings with her.

Many people don’t understand why we are like this. To the world, Larson was just a dog, but to us, she was a part of our family, my baby. She lives on in our hearts although she left us in 2012.

We love you, dear Larson.

Save more on your pet essentials purchases with Lazada Promo Code

Your Pet Story: This Shih Tzu brought lots of joy and laughter to his owner

No coffee, onion or avocado for the dog, please 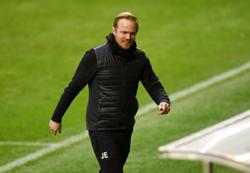