258 rescued cats are featured in this desktop book fundraiser

258 Cat Inspirations features many beautiful cats, such as Chewie, that IPAN has rescued over the years.

IPAN co-founder Sherrina Krishnan-Leyow said proceeds from the sales of the books would be channelled towards its future rescue missions, which she hopes to restart after the movement control order (MCO). 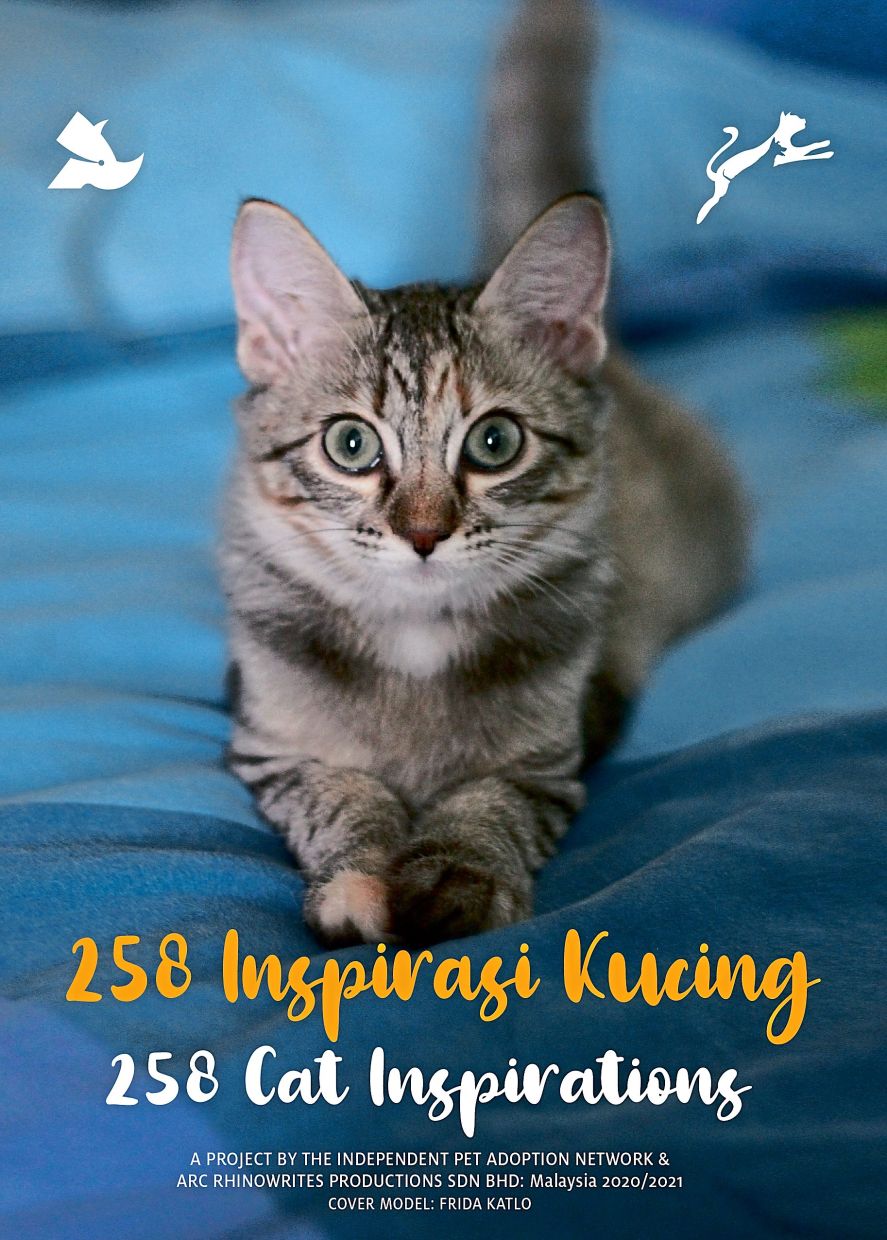 "IPAN's rescue work incurs large bills for veterinary care, food and medicine. We have always participated in bazaars and flea markets to raise funds for our cause and to raise awareness of the importance of adopting stray animals. But things changed during the Covid-19 pandemic.

"Since the start of the first MCO, we had orphaned kittens and pregnant cats coming out in force, searching for food around closed mamak stalls, and crying out for help. Bazaars couldn't operate during the MCO so many volunteers had to dig deep into our pockets to help these animals. But we are running low on funds to save more animals," said Krishnan-Leyow, 50, in an email interview from Petaling Jaya recently. The book, released last December, features many of the cats that IPAN rescued over the years. One of the most poignant stories is of William Douglas Kendall, a cat with severe broken hind legs, rescued from a park.

"Thanks to crowd-funding, the cat successfully underwent surgery so he could walk again. He was named Will because of his determination to survive. Will has been adopted and now lives surrounded by love and luxury in Bukit Tunku in Kuala Lumpur," said Krishnan-Leyow, the owner of a Kuala Lumpur-based video production house.

She had originally wanted to limit the number of cat dedications to 101 but ended up featuring 258 photos. 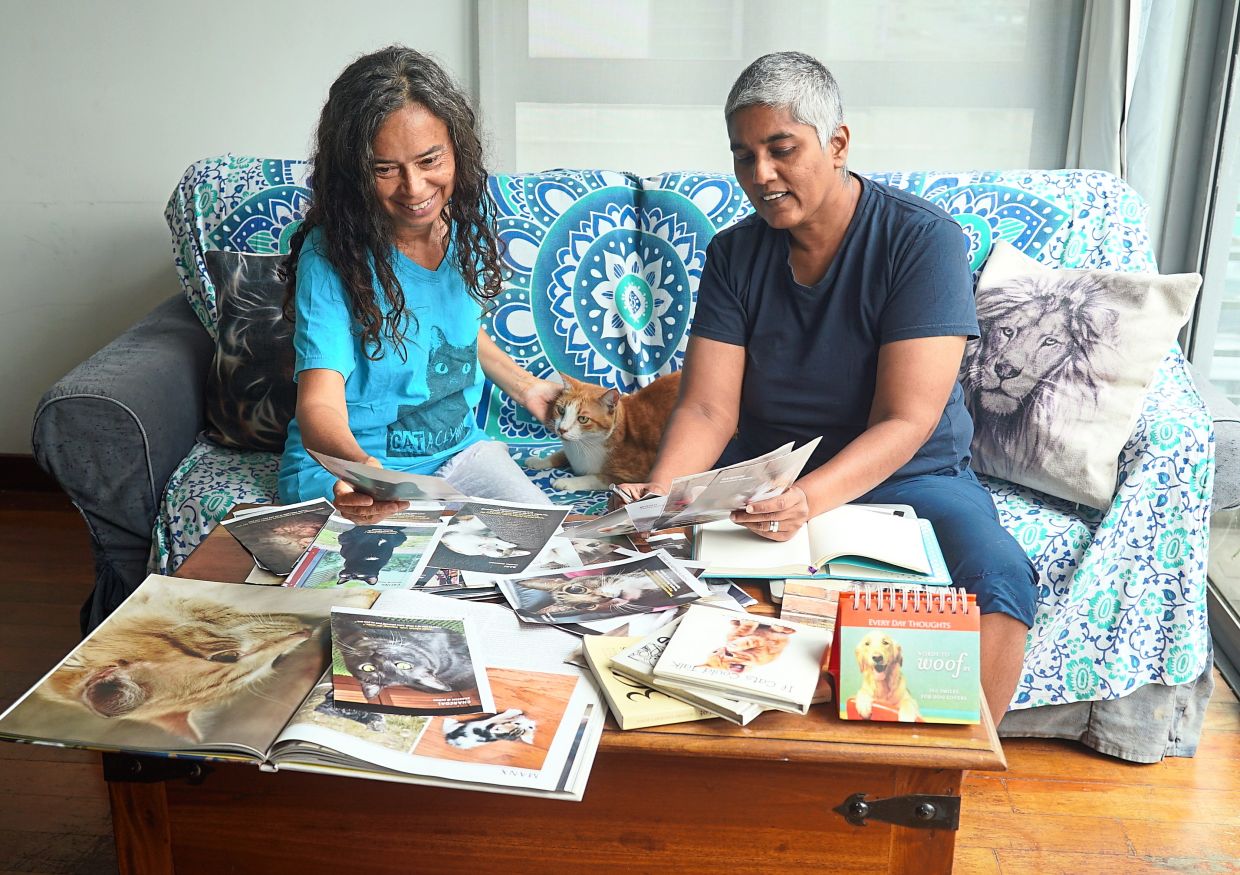 "Our adopters and friends kept sending their delightful photos of the cats, and we found it hard to turn any away. Once we reached 258 we had to stop, otherwise the book would have been too large to produce. All the photos were sent to us with such goodwill for what we were trying to achieve for the animals. We couldn't turn that love and support away," said Krishnan-Leyow, who withdrew funds from her EPF savings to finance the project. Other generous donors also helped to contribute to the cost of the production. 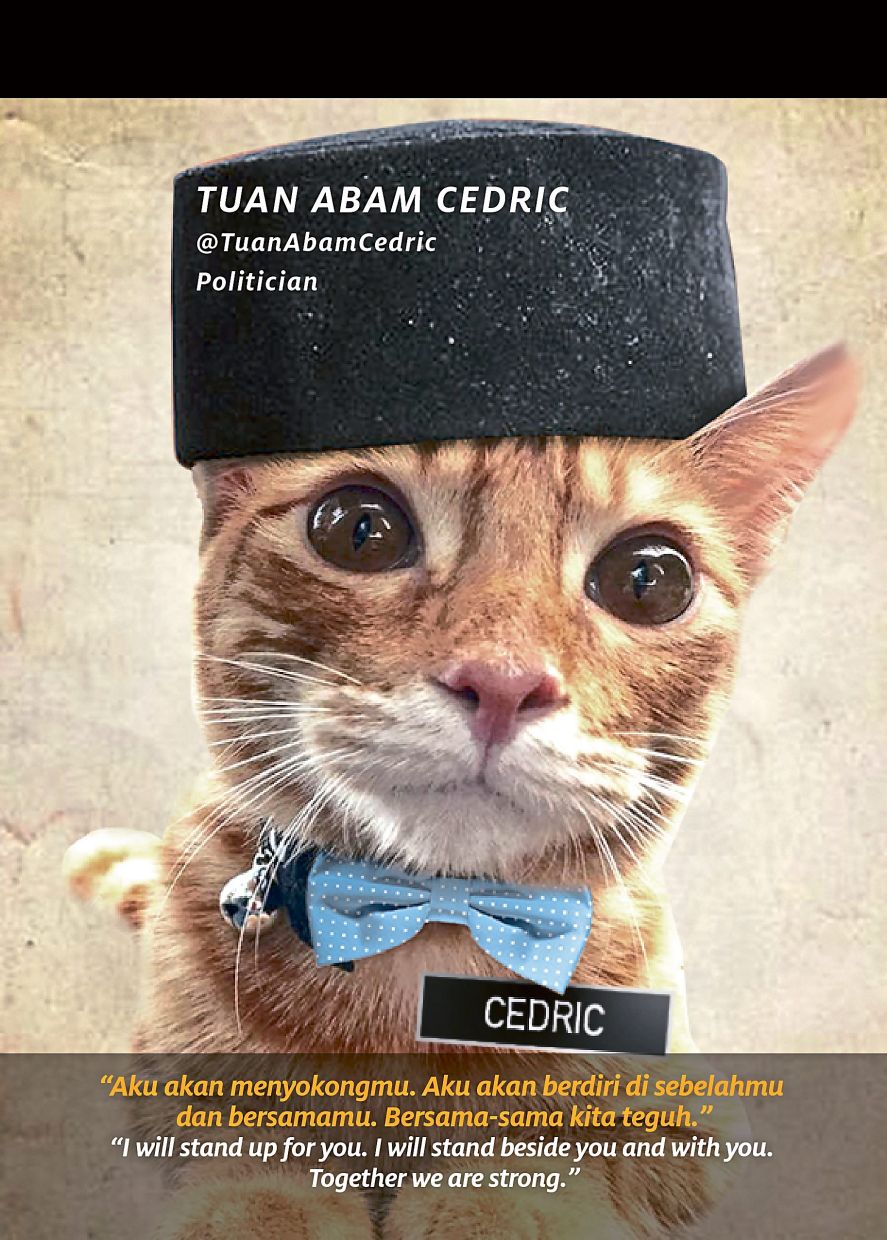 To save on printing and publishing costs, Krishnan-Leyow dove into online training and learned how to design a desktop book using Adobe Illustrator. IPAN co-founder Catherine Leyow took on the task of selecting the pictures and writing many of the inspirational quotes.

"We included some quotes from well-known thinkers, including human rights advocate Datuk Ambiga Sreenevasan, the late film director Yasmin Ahmad, US vice president Kamala Harris, and TV talk-show host Oprah Winfrey. We also had the privilege of contacting many of our adopters and supporters, some of whom gave us pictures and quotes of their own.

"We are proud and excited about the book, knowing that the proceeds will help us continue our spay-and-neuter campaign, as well as the rescue and rehoming work, sustainably," said Krishnan-Leyow, who shares stories of the book (RM39.90) on 258 Inspirasi Kucing on facebook.com.
Article type: metered
User Type: anonymous web
User Status:
Campaign ID: 1
Cxense type: free
User access status: 3 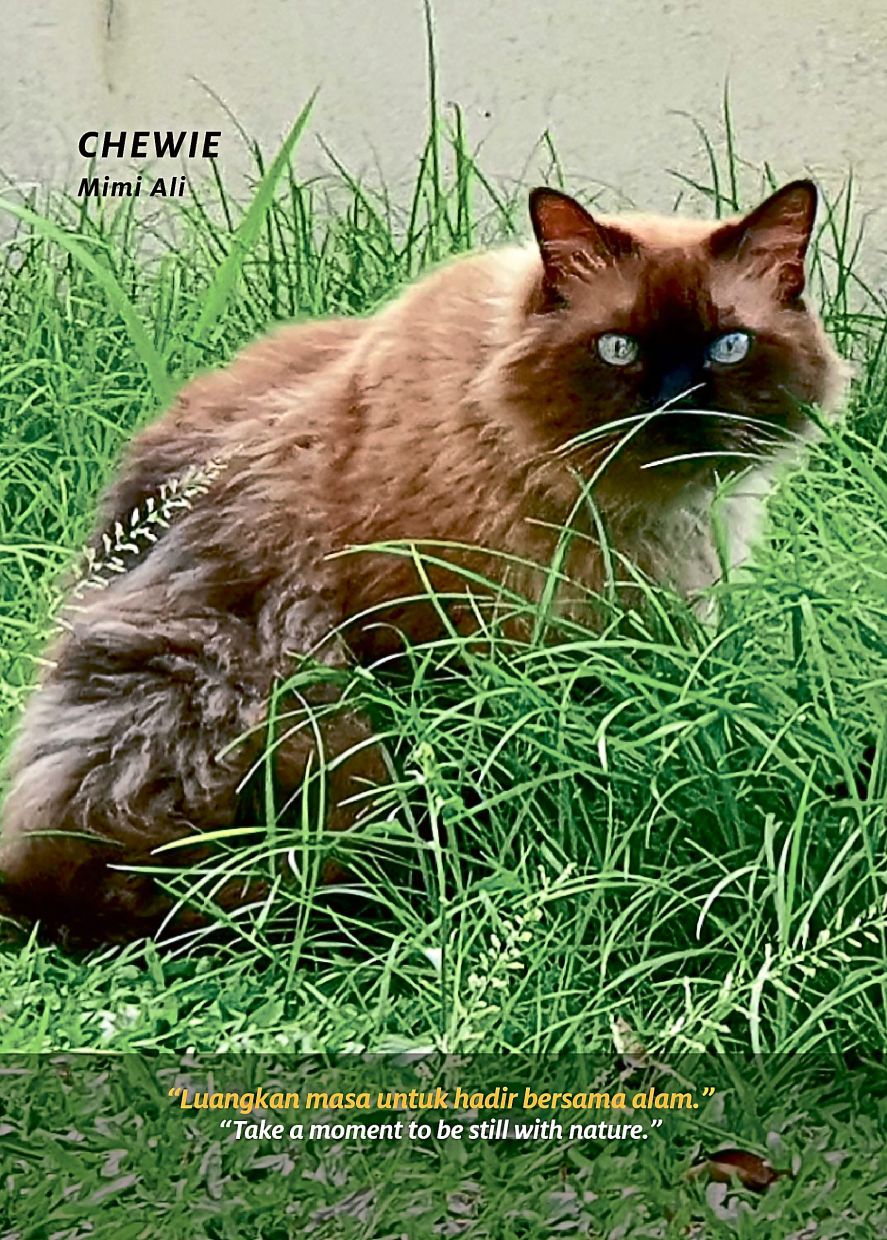 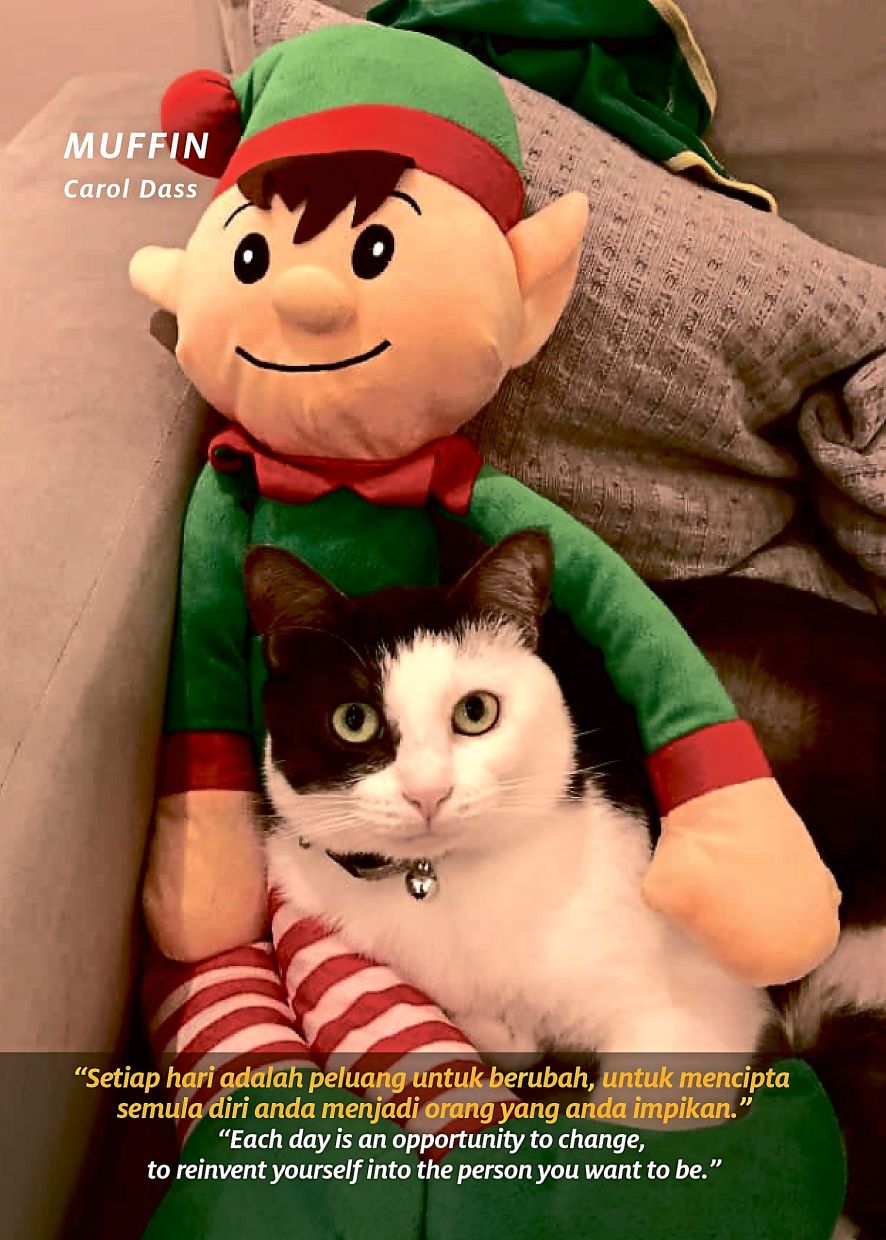 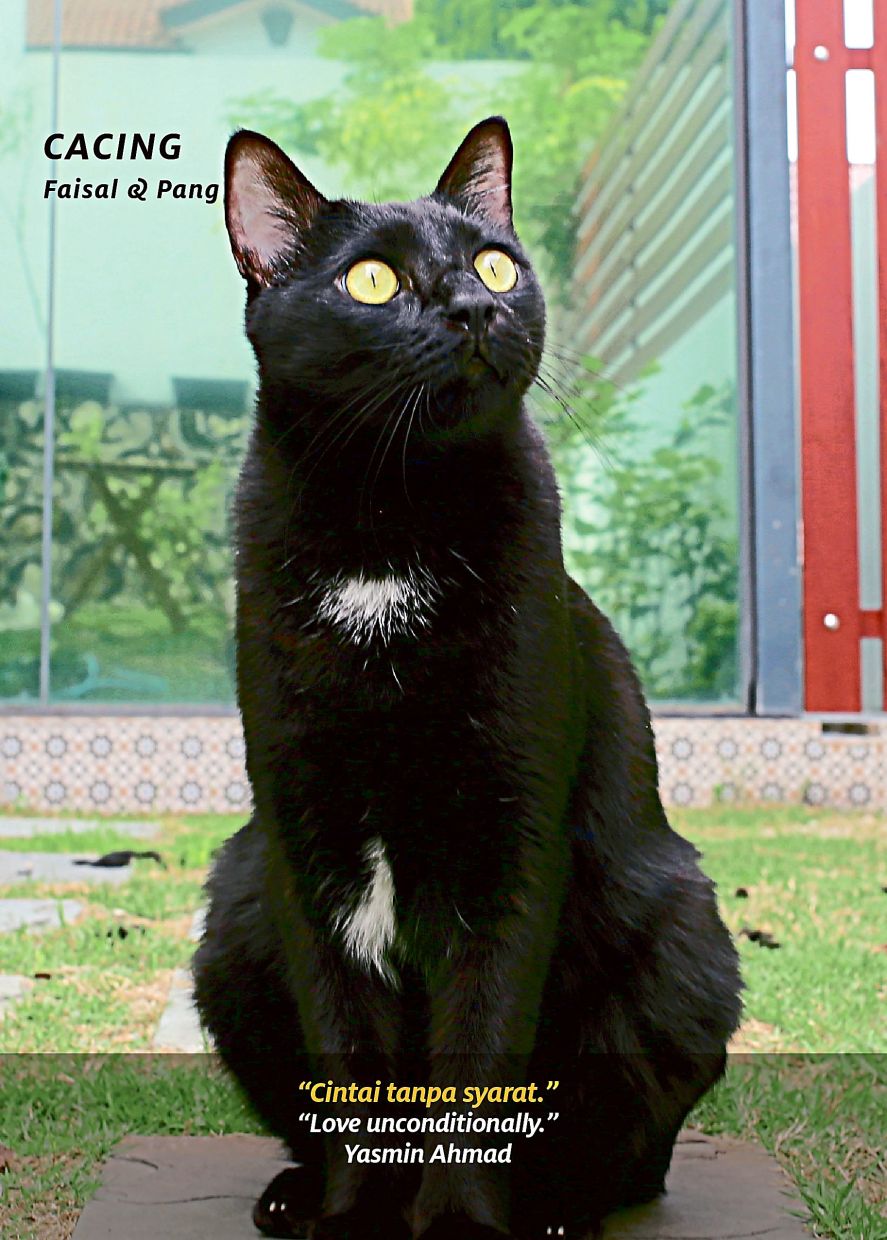 258 Cat Inspirations features many beautiful cats, such as Chewie, that IPAN has rescued over the years.

258 Cat Inspirations, a desktop book with hundreds of pictures of cats rescued by IPAN.

Leyow (left) and Krishnan-Leyow are passionate about rehabilitating and rehoming stray animals.

Black lives matter: Cacing now has a second chance for a better life after it was rescued and rehomed by IPAN.

The book, released last December, features many of the cats that IPAN rescued over the years.

Villages retaken by Ukrainian troops: Rescued but feeling abandoned
Heart and Soul: Flying Doctor in the Land of Hornbills
Celebrating one of Scotch whisky’s most influential women – Janet Harbinson of The Macallan
A toast to Arthur: Guinness launches first official flagship outlet in KL
Sea levels expected to rise as Greenland ice sheet thins
How the rise of knitting is fighting stress, as well as fast fashion
Does the glass you use change the way a champagne tastes?
Dreams of wealth turn to dust for Qatar's migrant workers
D for dazzle? German licence plates are the new chic on Cairo streets
Eco warriors: South Africa school puts green issues at heart of teaching