Swooner and Target are the friendly neighbourhood exterminators!

Last Monday, Target did not come home for breakfast. At first, I thought he might be out for a longer walk than usual. But when the sun was up and there was still no senior cat, I panicked.

I went straight out, calling for him. Nothing. No meows.

After half an hour, Tom came out and we scoured the back lanes and the neighbouring roads. We were terrified, envisioning disaster.

Thankfully, we came home to find our furry sitting on the doorstep. I thought it was one of those things, and went about my day.

Target was late for first dinner too, and the next morning, I had to go out and look for him as well. I couldn’t figure what he was up to. What was worse, Swooner was slow to come as well.

But as the boys were coming in easily for second supper, and I was not spending ages at night chasing them down, I didn’t really think much about it.

Midweek, Swooner delivered a dead mouse. It’s unusual, there aren’t many about, but he had been in the empty house up the street. 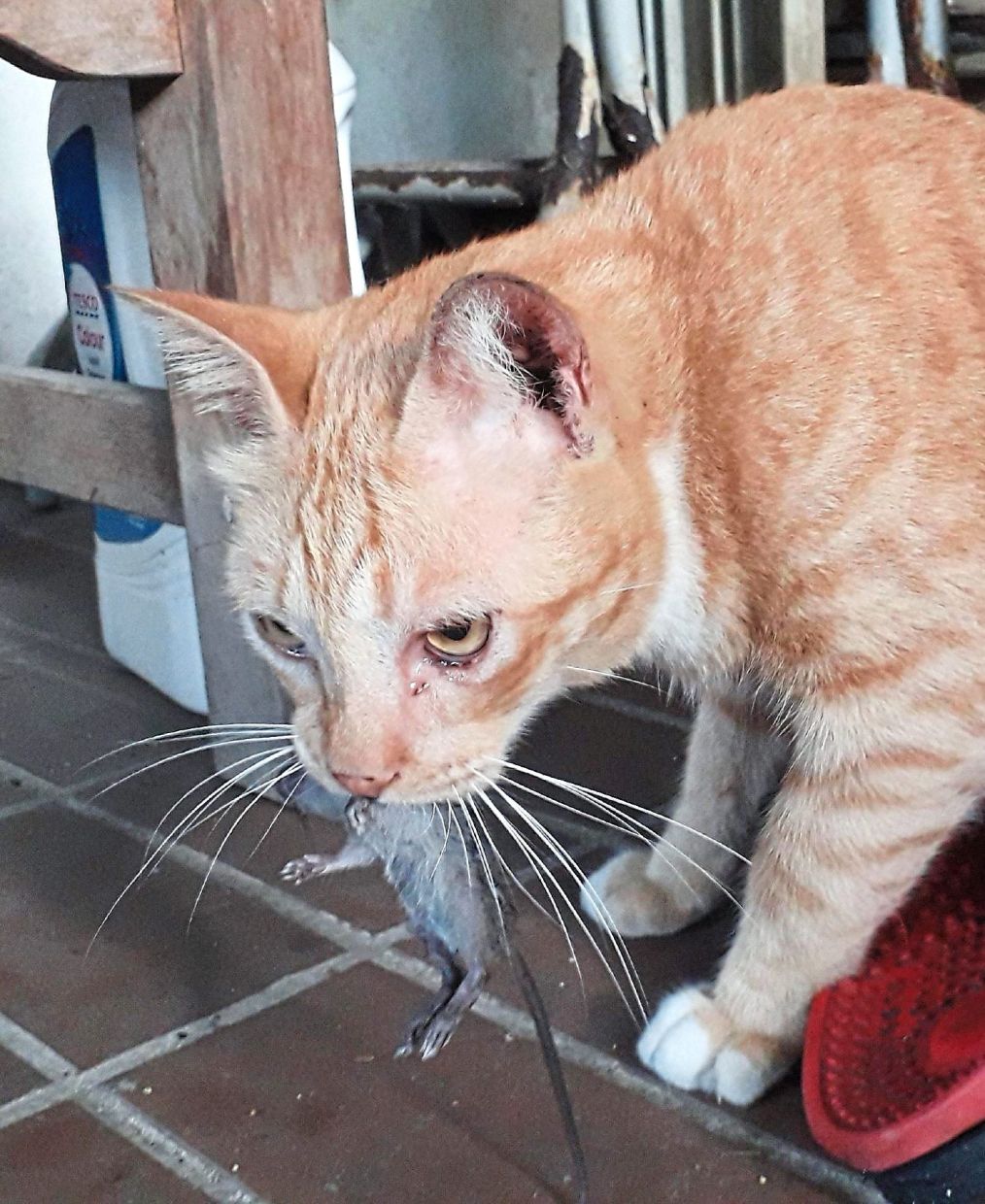 As the poor thing was dead, I praised my furry, told him he was a totally pawsome hunter, and very quietly disposed of the body.

I’m a twit, because I didn’t connect my AWOL senior cat with the dead mouse. Instead, I went to have a look at the bees.

Before the last CMO, the people from My Bee Saviour came round because we had a hive in the roof. They discovered it was not one hive but three.

Unfortunately, they couldn’t collect them all because their main man was trapped in the city with a lockdown order. With the MCO rolling over, we’ve been living with bee swarms in the bathroom and living room every morning.

Recently, the numbers had dropped, so I checked the hives. As I was inspecting the tiles, watching to see if any workers were zooming about, our neighbour popped up and shared that his altar had been visited by rats.

I like mice and rats – they’re clever beasties and cute – but they’re not ideal rummaging about in homes. Usually, we don’t have an issue but with the MCO, more people are home, there is a little more rubbish than usual.

Thankfully, we had a neat, ecologically sound solution about; I immediately offered the cats’ services. Usually, just the smell and sight of a kitty is enough to keep rodents away. Also, I mentioned that our cats are good ratters.

Our neighbour was nice about it, but as he talked of humane traps, I suspected he was more polite than hopeful. However, the very next morning, I heard an excited meow.

Opening the front door, I spotted Target at the gate, tail up. Swooner shot out from under the car, accelerated to warp speed and pounced, claws out. There was a flash, a small body flew into the air and then Swooner rose up into the air like Michael Jordan and whapped it.

Witnessing murder is never pleasant but that little rat never knew what hit him. He was dead before he hit the ground.

As for the cats, they were filled with pride. Swooner let me see his trophy straight away. Confirming it was gone, a broken neck, I stepped back and let the boys gloat.

Target sniffed it, Swooner sniffed it, and then they stood about, panting and purring with excitement. They carried it about, showed it to Tic Tac who watched from the window, jumping from paw to paw with delight, and then Swooner posed for a photo.

I let them savour their triumph, and then suggested a treat. It was tubes of goop all round for the furries, while I disposed of yet another body.

The first little baggie with the corpse was still in the disposal area, and that’s when I finally put it together. All that time I was looking for Target, he must have been next door, sniffing about for his prey.

As for the hunt, Target definitely acted as beater while Swooner gave the coup de grace.

Our neighbour very properly sang the furries’ praises. Even better, the neighbour across the street heard, and told the cats personally how clever they were. Swooner swaggered like John Wayne and Target pretended he didn’t really care but his tail was straight up in the air.

These last three days, there hasn’t been a sniff of a rodent anywhere but the cats are creeping around on their tummies, peering around corners and checking all the plant pots.

We talk a lot about cats killing "instinctively" but studies have shown that is not the case. Back in the 1930s, experimental psychologist Kuo Zing Yang devised a long-running experiment that would reveal whether cats killed rats as part of their early training or whether it was inborn. Depending on the life history of a kitten, it can be made to kill a rat, to love it, to hate it, to fear it or to play with it. — 123rf.com

Kuo raised batches of kittens under different circumstances. Some were raised with their mums and some not, some with mums who provided a rat-killing environment and some who grew up with companion rats.

His findings were that cats raised with mums who kill rats will grow up to be rat-killers. Cats who are raised with rats as friends, will treat them nicely as they grow up.

To be certain, Kuo used white rats, grey rats, various kinds of mice, and he also put them in with hungry cats and kittens, and cats and kittens who had already eaten. The results were no different. The urge to kill rodents is a learned behaviour, taught by mummy cats to kittens.

His conclusion was,"Our study has shown that kittens can be made to kill a rat, to love it, to hate it, to fear it or to play with it: it depends on the life history of the kitten."

But no matter what conclusions you draw, there is one practical take-away from this: if you want a hunting kind of cat, look to the mother and be sure she was around to raise and train her kitten properly. Rosa will be two years old in a few weeks. She is a friendly little girl, who loves to roll around on the ground but she is a little shy. Ideally, she is looking for a nice quiet home with not too many people. Rosa is spayed, vaccinated and flea-free.

Casper the smiley Samoyed and Romeo the pouty Persian are inseparable 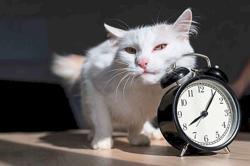 Malaysian entrepreneur upcycles kimonos into clothes, bags and accessories
Helping a cat and dog live under one roof - with no fighting
Penang retired teacher transforms used, but cleaned, face masks into aprons, bibs and flower pot covers Premium
Odie the Shih-Poo brings happiness and love to his humans
Yard sale find turns out to be artifact worth up to US$500,000
Cities and towns in Germany weigh how to handle racist place names
Europe's largest urban farm in Brussels protects the planet one step at a time
London street signs on sale at auction
Big Smile, No Teeth: What’s the buzz about bitcoin?
10 Hotels of the Hermit Kingdom captured in new photo book