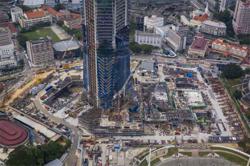 There are 18 sites in Perak's Kinta Valley – including limestone hills, waterfalls and cave temples – that have been declared a part of the National Geopark. — Filepic/The Star

In October 2020, Malaysian scientists made a thrilling find: The fossilised tooth of an extinct elephant called a Stegodon, estimated to be between 30,000 and 80,000 years old, was unearthed in a limestone cave in Gopeng, Perak.

The news made the front pages of local newspapers and online news sites. It was an important discovery due to its rarity. The last big find was in 2014 in rural Pahang, where palaeontologists discovered the fossil of the fish-eating Spinosauridae dinosaur, most likely from the Cretaceous period between 65 million and 145.5 million years ago. 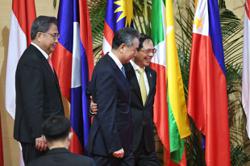 Hungry Ghost festival: Secrets in the room
What is a biophilic office?
The sweet fight against climate change
Positive psychology can help us live authentically happy lives
Hungry Ghost festival: A Malaysian's memory of the day the ghosts roam Earth
How locals are swimming between continents in Istanbul
When walking down a grocery store aisle could lead to the altar
Anti-smoking Bill: Where there’s smoke, there’s a whole lot of hot air
How the shed at the back of the garden is becoming a home
Cows have many hidden skills, from doing tricks to offering rides, coaches say