Doing the right thing for the needy

This year, most of us have had a slight taste of what it’s like to have our “normal” lives interrupted, our movements controlled, leaving many feeling uncertain about the future.

But imagine if feeling this way was your entire reality, never knowing where your next meal is coming from or if you will even be able to take a shower in the next few days.

What if your days were spent in detention, with no way of knowing when you will get your day in court or have any contact with your loved ones?

Sadly, there are many who live these realities every single day, and knowing of their plight and not doing anything to help did not sit well with Natasha Reuben, founder of Badass Monkies (BAM). This philanthropic organisation produces edgy T-shirts and other merchandise to sell to raise funds for ongoing projects aimed at helping the poverty-stricken communities in Malaysia, as well as people in detention centres.

Reuben, who hails from the United Kingdom, began taking it upon herself to help the needy when she discovered families squatting under a bridge.

She brought food to them and soon set up BAM in 2011, from then on making it her mission to help wherever she could.

Together with Destiny Chloe, her partner at BAM, her daughter Keyani Reuben who is based in London and a few volunteers based in Malaysia, they make T-shirts and merchandise to raise funds, and work with many local charities.

One of their main projects is their furniture campaign, which engages the services of AGS, Asian Tigers, Allied Pickford and Intermovers to collect unwanted furniture that is in good condition for donation, or to sell for funds that go towards helping the needy.

“We collect good furniture from those who are either moving or who themselves are not able to take a particular item with them, or not having the space, ” explains Reuben.

“So we teamed up on a campaign with the relocation companies, and they refer our organisation to the client. We put the money back in the business, or we would donate the furniture to refugees.”

Badass Monkies is actually a nickname which inspired a logo created by Keyani, who then put it on a t-shirt. “We realised, wow, this looks really good on a T-shirt, and then the other merchandise came after. She then started producing the shorts, the hats, the hoodies that started to sell really well in London and later, all over the world.”

“The ‘badass’ is because you’re a person who believes in supporting the underprivileged by action. You’ll be a badass and you’ll go out and stand up for something that’s not right, you’ll go out of your way to help somebody without being egotistic about it or see any reward for it, ” explains Reuben, who used to work in publishing and marketing.

Many who stumble upon their merchandise through the events that BAM runs or through social media are attracted to the design, as well as the materials used as they are light and airy... without even realising what the brand is about.

“They just love the design and then they find out that at least 40% of the revenue goes directly to the projects that we do, ” says Reuben. “And we change projects, we’ve done rice and noodle campaigns, toiletries campaigns and currently we’re doing People in Prisons.”

BAM works with a lot of charities, in a third-party agency type of role.

“Third party agency because we are not a registered charity. We are a commercial merchandise business. But we are a mark of philanthropy and we work with charities and projects and initiatives in order to help them achieve what they need to do.”

BAM's People in Prison project assists and supports foreign individuals and families who have been detained or who have fallen through the cracks of the Malaysian prison system.

One of the saddest things, relates Reuben, is that even after sentences have been served, many detainees don’t have the means to get themselves back to their countries of origin.

“Even after serving their time, they can’t leave because they can’t pay the deportation fee to leave. They’re literally rotting in jail, ” she adds.

BAM gets case referrals through the UNHCR and Tiny Gold Hearts, after which they sit down and go through each one. They then pay for court fines, legal fees, deportation fees and transportation back to the detainees’ country of origin, as well as providing prisons with basic toiletry starter packs and food aid.

Since the Covid-19 pandemic hit, BAM hasn’t been able to hold many events, including their annual fundraiser. 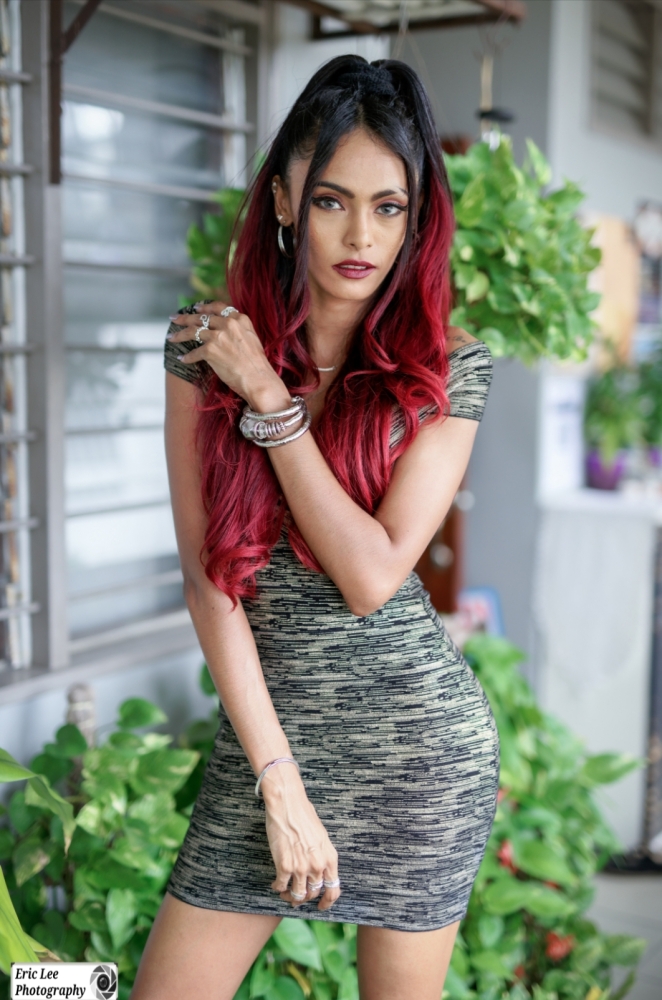 “We used to do one annual event which was our annual fundraiser, our motto was party hard, we got loads of sponsors, had a party session with competition and games. There was Caribbean food and songs and dancing too, ” says Reuben, who is of Jamaican descent.

Describing herself as an energetic person who can’t sit still, the pandemic has enabled Reuben to get creative with new initiatives.

These include a series of Webinars, featuring top speakers on a range of topics like face masks, black lives matter, and unemployment.

“The Badass Monkies online webinar forums have been designed to address the unspoken key issues on various topics to help the listener understand, improve and educate themselves on the facts and figures from our international panelist of speakers from different backgrounds, cultures and perspectives, ” explains Reuben.

“These webinar conversations are full of truth, honesty and personal experiences of the panelist speakers, ” says Reuben.

“The format of these discussions are an open forum in the first half, and the second half of the session is question and answers from the interactive audience via zoom communication.”

Participating speakers are from C- Level management, CEOs, CFOs, COOs, MDs, directors, founders, co-founders, entrepreneurs, brands, among others, and webinar attendees are from all over the globe.

The work never ends, but Reuben remains committed to the cause, and encourages anyone who wants to help to contact them, whether it’s to sell your furniture, donate toiletries, towels or other essentials, or to volunteer in various roles that are still needed at BAM, which includes digital marketer, telesales fundraiser and graphic designer.

“Financial donations are always good, but if if you can’t do any of that, you can just buy a t-shirt, ” she says.

Do consider joining people from all over the world, including the UK, France, Japan, Nepal, Russia, Italy, China and Jamaica who have supported BAM in helping the needy.