Dogs howl for a number of reasons, such as asking for a game, exploring, saying hello, and conveying loneliness. — 123rf.com

We have a secret: when we want a really great night’s sleep, we hide in the back bedroom. It backs up onto the gap between the houses, there aren’t any car or other noises. It’s an oasis of silence.

So, after a very intense week, I sloped off to the other room.

I had barely adjusted the pillow to the proper angle when Target appeared. He loves sleeping in the other room and stretched out with his paws in my hair, purring.

Swooner pitched up just as I closed my eyes. He often sleeps in that bed, and so he claims it as his own. As I had been careful not to take up his corner, he just stopped to headbutt me, and then he curled up with us.

Then Tic Tac rocketed in, meowing with excitement that I’m sure meant, “So this is where you all are!” in Cat.

As she settled with her brothers, I had the pillow over my head and my eyes firmly shut, determined to sleep.

That’s when it happened.

A howl pierced the walls, freezing heart, breath and blood. I swear, all my hair stood on end. The cats were freaked as well. They were half sitting up, with big eyes and flat ears all around.

My immediate thought was that a dog had been hit by a car. Then there was another howl. Convinced disaster had hit the street, I was up and groping for clothes.

I was on my way down the stairs when a third howl split the air. Noting the wolf-like quality, I dismissed the Pugs and the Gremlins; this could only be the Huskies, the dogs who live across the street.

The Huskies are built to communicate across the Arctic wilderness. However, our neighbours are quiet. They don’t make a sound when neighbours walk past their gate. In fact, they don’t even sound an alert when they see the postman. At most, you’ll hear a yip when our Swooner swaggers past, teasing.

Yet there was this horrific yowl. By now, totally certain one of them had somehow jumped the six-foot fence and been hit by a car, I was terrified. I love Pica, Hugo, Enzo, Kenzo, and their Malamute companion, Polo. Also, their mum is the one who originally found and rescued Tic Tac. They’re our fur friends, including the human.

So, dreading what I’d find, I ran out – to find a perfectly serene scene.

No blood, no guts, no broken bones. Just our neighbour talking to a friend. All the dogs were there, even old Enzo. I stared, wondering if I had imagined it, when Kenzo threw back his head and shrieked. 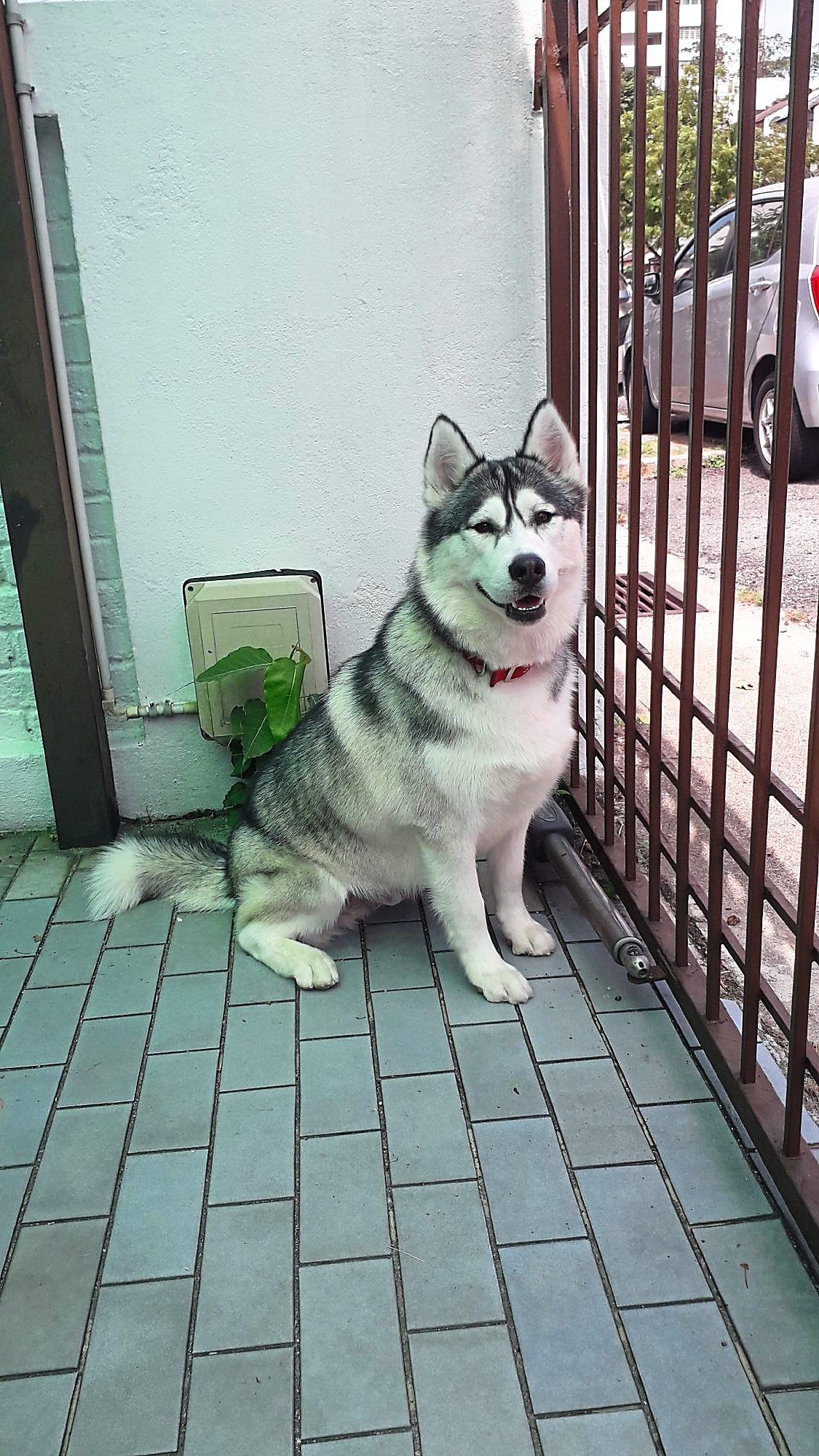 Kenzo is a social boy who loves to chat, and he has a howl like a siren. — Ellen Whyte

Dogs, wolves, coyotes, and jackals – all members of the canine family – howl for a number of reasons.

As far back as 1969, scientists found that wolf voices are as unique as ours. In addition, howls can be high pitched and sustained, rising and dropping, ending in growls, squeaks and barks, and so on.

Researchers are usually a bit shy of interpreting them but they do chat about linking howls to behaviour and events.

All agree that howling is a way to keep track. As territories tend to be large, and members of the pack lose sight of who’s where, a scared doggy will howl to reassure himself the others are nearby. And because they’re protective of their turf, a tough doggy will howl in order to warn others that they’re on the strut.

There are also “emergency” howls that say, “Help, help, I’m hurt! Come help me!” and barks that suggest, “There’s an intruder! Come help me fight them!”

Many posit there are howls for, “I’ve spotted a juicy meal” or “Hello, sexy. Are you looking for a date?” Others have isolated social howling, the equivalent of singing along with your mates, just because it’s a beautiful moonlit night and you’re all feeling good.

Interestingly, some researchers argue that domesticated dogs have a wider range of sounds, presumably as they have more gossip to share.

In one classic German study some 20 years ago, researchers compared howls from 11 European wolves to that of groups of pedigree pets. After analysing them for emotional content, the researchers put the sounds into categories like asking for a game, exploring, saying hello, conveying loneliness and more.

That German study concluded that wolf sounds always have meaning but that they don’t have howls for “want to play”. Pet dogs have lots of different sounds that discuss aspects of playing, and they also have meaningless barks – basically just making noise the way kids do.

So what was going on at that midnight gate conversation? Having scared both ladies with my inside out clothes and Bride of Frankenstein hair, I caught up with events.

Two minutes later, I was back at home, and assuring the cats. “That lady wants to adopt a Husky. She was asking for insight and Kenzo was contributing to the conversation.”

Three flicking tails signalled the cats were not impressed but I found it rather interesting because it settled a long-term question.

Kenzo is a Husky-Malamute mix, about a year old, and has a history of howling. When he was just a three-month-old pup, he had three different sets of owners because they couldn’t cope.

When my neighbour told me about his history, I wondered if his first three families missed a message. Now that midnight howl has enlightened me. What they saw as a problem, is a part of his personality.

Kenzo is a social boy who loves to chat. When he’s at home, he woofs, and yips, and talks all day long. His mum has trained him, so he’s perfectly social.

Thankfully, the midnight howl was a once-off. Kenzo forgot to use his small voice and his companions were so intent on their chat that they didn’t realise what a din he was making.

When I curled up back in bed with the cats, most of me was grateful Kenzo lucked out with a good home. But I also had a terrific product idea. If you want a recorded howl that acts as a burglar alarm-cum-deterrent, I know just the dog!

All dogs will bark and howl at some point, and character makes a massive difference as well. There are serene dogs who will bark once in a blue moon; nervous dogs who yap at every falling leaf; and dogs who howl because they’re suffering from loneliness.

The first step to understanding is to learn what your pet is saying. If they’re nervous, offer comfort. If they’re lonely, spend time with them or get them a companion dog.

If you adopt a pet, then prevention is the way to go. Part of puppy training is like raising a human toddler: you have to teach small ones when it’s good to talk and when shouting isn’t appropriate.

Again, like training small humans, positive reinforcement is the best option. Simply speaking, you reward good behaviour with cuddles and praise, and don’t reward the behaviour you don’t want. As your pet wants to please, you will see more and more of the behaviour you want, and less of the stuff you don’t.

Training takes time, so be patient. Don’t beat or smack – it’s cruel, unhelpful and will just make your dog afraid of you. Also don’t yell. If you shout, dogs think you’re barking with them. That means they take your shouting as a sign that they should be barking and making noise.

If you need help, there are lots of resources. Simply google positive reinforcement dog training or speak to a trainer.

Pamper your pooch with the best discounted treats to keep them happy, with Shopee Promo Code. 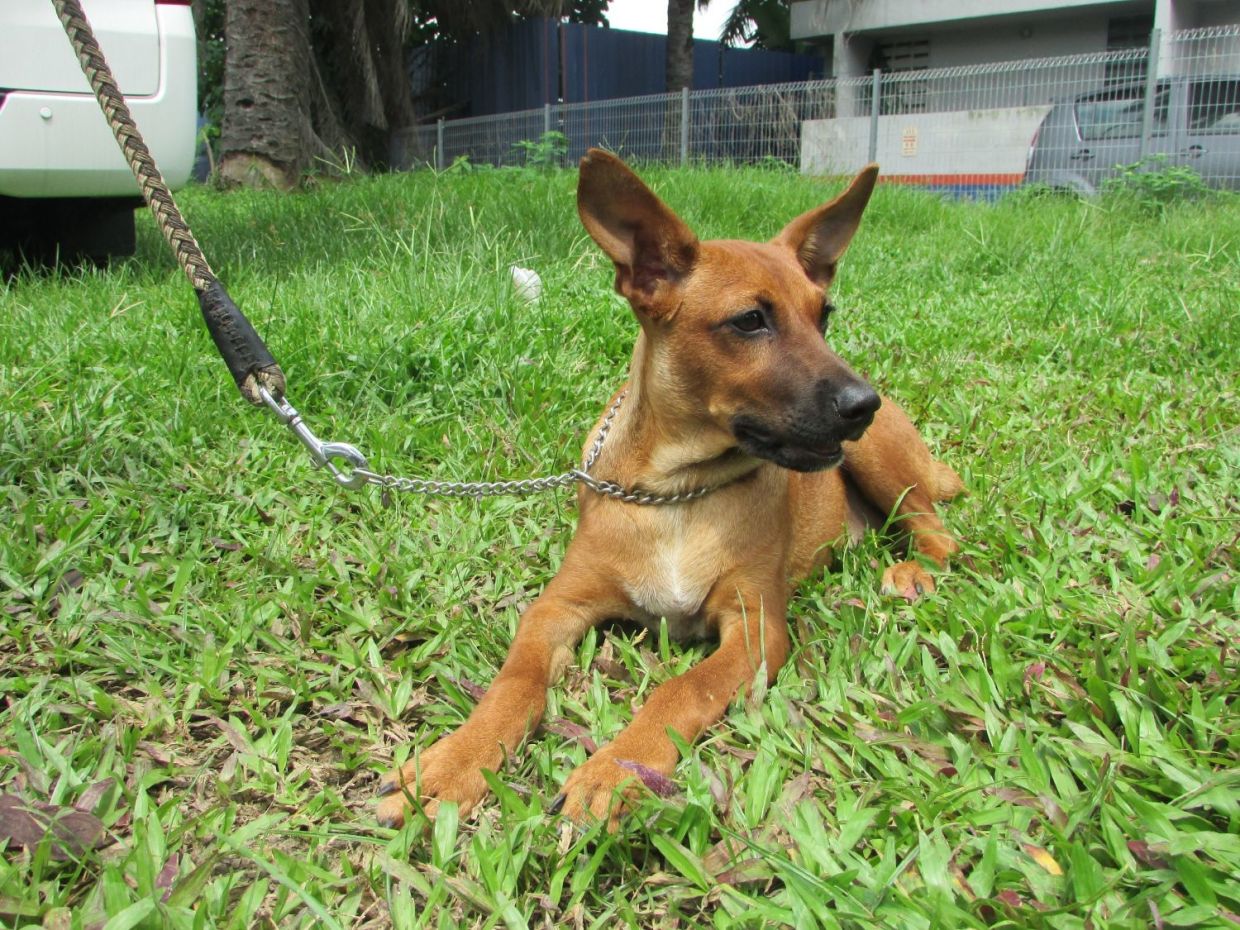 Which is better for your dog: a collar or a harness?