Children are shown working in a cobalt mine in Congo in this Amnesty International picture. Photos: dpa

Willy Kitobo has a vision. Congo's minister of mines wants to prevent mining from destroying the central African country's environment and society.

"We have seen how foreigners are exploiting Congolese minerals while destroying the environment," Kitobo tells dpa. "We only want to certify and sell abroad minerals which have been mined under appropriate conditions as coming from the Congo."

Congo's cobalt mines – a key source of raw materials for electric cars – are now to be included in a certification system that seeks to address the conditions in the mines.

This is just one area that Germany is seeking to address with a new law governing supply chains that seeks to place greater pressure on international companies to make sure goods are produced under sustainable conditions.

Mining in Congo is too often carried out under precarious working conditions, involving child labour, significant risks to the environment and ultimately the financing of military conflict.

Companies worldwide can address this by taking a closer look at their supply chains, as was evidenced in Bangladesh, the second-largest apparel producer after China.

In 2013, the Rana Plaza factory building collapsed, killing more than 1,100 people in minutes in an accident that shocked the world. Fashion stores feared a boycott, and some 200 European companies signed an agreement calling for building and fire safety protection.

Companies from the United States signed a voluntary agreement for better working conditions for garment workers, under which 2,266 factories were inspected and fire alarm systems and extinguishers were installed. The legal minimum wage was increased from 5,300 to 8,000 taka (RM257 to RM394) per month. 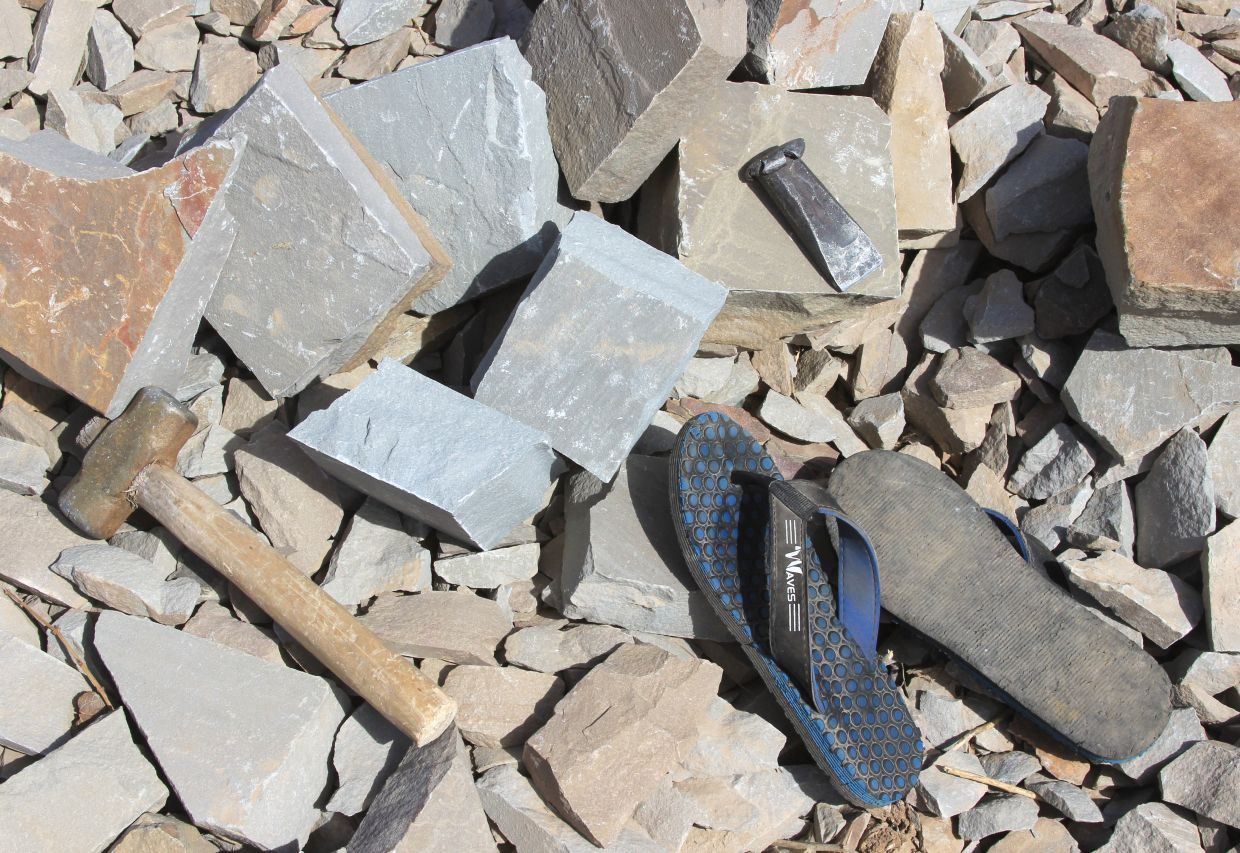 A child's tools and shoes in a quarry in the Indian province of Rajasthan.

Now, though, the agreement has elapsed, and a national committee of factory owners, workers' representatives and lawmakers have taken up the task of monitoring conditions.

But as firms look away, other problems persist. Bangladesh's textile factories have been dumping large quantities of barely purified toxic water into rivers and groundwater for years, according to Mohidus Samad Khan, a researcher at Bangladesh's University of Engineering and Technology.

It's a problem companies from abroad have paid little attention to, even though they are the only ones in a position to improve the situation.

Now, the coronavirus may reverse the progress that has been made so far, and even exacerbate the problem, says trade unionist Taslima Akhter. More than 28,000 workers, most of them women, have lost their jobs in Bangladeshi factories, after international retailers cancelled billions of dollars' worth of orders due to the pandemic.

Covid-19 is also leading to a resurgence of child labour, according to aid organisations and the United Nations.

Measures to restrict the spread of the virus have lead to adults in many countries losing their jobs and income. Schools, where some children received free meals, have also been closed. That puts more pressure on families, according to World Vision, an aid organisation that surveyed families in six countries throughout Asia.

"We are also seeing this trend in other parts of the world, especially in Africa and Latin America. It's having terrible consequences for young people, robbing children of their future," says World Vision spokeswoman Antje Luedemann-Dundua.

Companies exploiting child labour do not make this obvious, a fact that became clear during a visit to India by German Development Minister Gerd Mueller. Shortly before the coronavirus outbreak, he visited a stone mill and a tea plantation, attempting to gain a better understanding of supply chain problems. There were no child workers to be seen.

But although child labour is officially banned, it remains a reality, something Kailash Satyarthi, an Indian activist and winner of the 2014 Nobel Peace Prize for his work combatting child labour, can attest to. His organisation rescues young people who have worked in quarries, carpet factories and plantations, and works to ensure that they can go to school and escape poverty.

Satyarthi says the supply chain law initiated by Mueller is a good way to address child labour. When European companies shift production to poor countries, subcontractors often use child labour, as it's cheapest.

The German law would make companies directly responsible for this crime. But it has its detractors, including Stefan Liebing, president of a German association promoting economic exchange between Africa and Germany. "People who criticise German companies without differentiating between them is standing in the way of environmental protection and job creation in Africa," says Liebing.

He warns of job losses if German companies withdraw and are replaced by unscrupulous rivals. Instead of a German law, he would favour a set of measures that would also include the certification system Kitobo rolled out in Congo. – dpa