Contradictheory: When is it cultural appreciation and when is it appropriation? 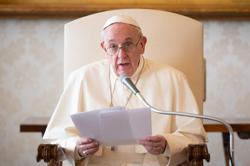 Cornrows on white people have riled up black Americans, who feel that it's an example of cultural appropriation. — 123rf.com

A few weeks ago, in August 2020, an actress posted on social media a photo shoot of her advertising contact lenses while wearing lehenga (traditional Indian clothing) and sporting henna decoration on her hands. The actress is Malay.

Now, is it a problem that I didn’t think it was a problem until people online pointed out to me that it is – perhaps – a problem?

The accusation is that the actress was practising “cultural appropriation”. Simply put, she adopted something from someone else’s culture. That concept in itself isn’t hard to understand – after all, this is multicultural Malaysia. What is difficult for me to comprehend is why this is OK in some cases and not in others.

Let me present to you a litany of examples of other incidents that were, according to the Internet, wrong: Ariana Grande (mis-)used Japanese characters in a tattoo; Miley Cyrus twerked; and Selena Gomez wore an Indian bindi (decorative mark) on her forehead during a performance.

I suppose what these examples have in common is that the women picked something they thought was “exotic” to add some colour to their – dare I even say it – “whiteness”. This isn’t new. Originally, “cultural colonialism” in the 20th century mostly examined the relationship between African American art (then referred to as “Negro American art”) and Western appropriation thereof. Specifically, these were things like minstrel shows in which white actors would paint their faces black and perform caricatures of African American songs and traditions.

It came to be called "black face", and I think that most people nowadays would feel that colouring yourself black for public entertainment would be offensive, yet just last year a Singaporean government campaign used a Chinese actor to portray Malay and Indian races (and was soundly criticised for doing so).

To me, this part makes sense. Imagine you are a slave in 19th century America, forced to live and work in inhumane conditions and had no rights whatsoever. Then somebody says, hey, that’s a nice song you’re singing, shame you’re not allowed to make a living singing it but I can, and I will, now where did I put that black makeup again?

But after that is where I wander onto shaky territory. I’m not sure how a non-Indian who wears Indian clothes crosses the line between right and wrong. I’m not sure how doing so adds to the subjugation of a group, or reinforces the subjugation. Perhaps I don’t understand it because I’ve never really felt offended when anybody adopted (or appropriated) something from “my” culture.

Except that I have, of course. Every time Singaporeans talk about “their” satay, or “their” nasi lemak, a feeling of resentment rises within me, like indigestion culminating in a burp of “How. Dare. You.” For better or worse, I have intertwined my identity with certain foods in a way that I don’t with, say, a tanjak (Malay headgear) or a keris.

For me, food is a source of pride. Like, for example, if a foreigner says nasi lemak is the greatest thing he’s ever eaten, I preen. If foreigners try make their own nasi lemak, I would commend that too. But as soon as they say it’s “theirs”, that’s when trouble starts.

What if they adapt it to their own taste? What if, say, they use raisins? Or “crispy rendang”? Well, that would be angling for a fight.

Which is absolutely ridiculous because what ingredients somebody uses in something they cook has absolutely nothing to do with me. But the feeling I have is that it has somehow sullied my identity, the thing that makes me “me”. And if I, a 40something-year-old man, still can’t be sure about my identity, what about the socially aware denizens of the online social network surrounding pop culture?

The question should be whether copying (or “appropriating”, if you like) results is a gain or loss, and for whom? Truth be told, the "culture" of nasi lemak in Malaysia is so strong that somebody wanting to add raisins to their version won’t dilute what we have. Rather, it adds another colour to the spectrum of “nasi lemakness”. (Admittedly, it’s like a shade between plum and puce.)

It is at this point that somebody on the Internet will tell me that I can’t understand the anger because as a Malay, I’m not oppressed. But if I was one of the "minor" races, I would understand better how offensive this is.

I really don’t know what to say about this except to ask, is a significant number of people offended because you’ve copied their culture?

At this point all I can do is sigh, and turn to my main man Barack Obama to help me out. Once, during a summit, the former President of the United States pointed out the following: “I do get a sense sometimes now among certain young people, and this is accelerated by social media, there is this sense sometimes of, ‘The way of me making change is to be as judgmental as possible about other people’, and that’s enough.

“That’s not activism. That’s not bringing about change,” he said. “If all you’re doing is casting stones, you’re probably not going to get that far. That’s easy to do.”

I would argue that while some find it easy to take offence, others make a special effort to raise a ruckus. In a week that celebrated Malaysia's independence (on Aug 31, 1957), a Malaysian Member of Parliament said in public that the holy book of another religion has been corrupted by its adherents.

Perhaps it’s something he said without thinking, because the alternative to me is unthinkable. But it’s things like this that convince me we must make an effort to find a way of elevating the good that unites us, and resolving differences rather than holding them up with pride.

I don’t expect everything to be solved by one online petition, or one barrage on social media, or even one televised debate. After all, the debate about whether specific races have specific roles to play in Malaysia has been ongoing since the drafting of the Federal Constitution in the 1950s. But how can we elevate the debate if we’re arguing about who owns what at even a cosmetic level? 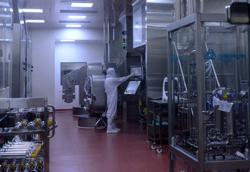 Dear Thelma: My parents' double standards are so unfair
A guide to seeking mental health support online
Amount of plastic dumped in Mediterranean Sea to double in 20 years: IUCN report
These mountain lions are the faces of climate crisis
Fuelled By Coffee And Holiday Cheer
Caring for your watches and jewellery
Malaysian IT manager declutters and reorganises his apartment during the CMCO Premium
Viruses can't find a new host species that easily
CMCO: How doing chores together has further strengthened this Malaysian family's bond Premium
Teams made up of people of all ages work best