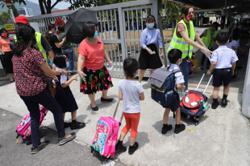 When I was a young boy, my ambition was to grow up and become a “scientist”. I didn't really have a firm idea what that meant. I had no idea what particular branch of science to focus on or even whether a white lab coat was a de rigueur accessory or just a fashion choice. But I knew that’s what I wanted to be.

It was less about fame and fortune and more about the Next Great Thing. It was about pushing the boundaries of the unknown and discovering something new about the universe and how it works.

Over the years, I have detoured slightly from that dream, going from “scientist” and “mathematician”, to “IT engineer” and finally now to “part-timer who from time to time writes about science and technology”.

Having a science background does help, though. Earlier this year, in March 2020, a Malaysian company sent a press release to media companies saying that it had a blood test for Covid-19 ready that was pending government approval.

My editor asked me to look into it, and after a few hours of reading up about serological testing, my opinion was that the test the company was offering was not useful if you were trying to stop the spread of Covid-19. The positive result would only appear perhaps weeks after you had been infected, by which time you would have spread the virus onwards.

I cautioned against running the press release without this caveat. Eventually, the Malaysian Health Ministry confirmed that this was a weakness of the test and if it was going to used, that would have to be kept in mind.

Now, though, news about Covid-19 countermeasures have moved from testing to vaccination. It is heartening that over half a dozen vaccines have entered phase three testing (mass testing for efficacy in humans).

One is made by an American biotechnology company called Moderna, which is pioneering a new kind of vaccine using messenger RNA (mRNA).

Vaccines work by introducing a similar or weakened pathogen to the body, and your immune system learns how to react to it. It’s like when you train an army to fight by giving them dummy targets to practice on. The difference with mRNA vaccines is that instead of sending in dummy targets, you send blueprints instead (the mRNA) and your body uses these blueprints to manufacture its own dummy targets. This works because the role of mRNA is to act as instructions for protein manufacture.

There are advantages to this. When you introduce a similar or weakened virus, for example, you have to find the balance between something similar enough to the real thing so your body learns to fight but not so similar that it is dangerous. However, with mRNA, (in theory) you are only building parts of the virus for the body to recognise, not the whole virus, and that is, of course, safer.

Another advantage: Because an mRNA vaccine directs the body to build its own dummy targets, these should hopefully continue to be built into the future, resulting in longer lasting immunity.

This is, of course, pretty amazing. You are teaching the body to produce its own medicine. In theory you can do this in all sorts of situations, such as with cancer. Because cancer is unique to each individual, you can create a customised vaccine that will be manufactured by your own body.

Added to that, once you know what the RNA you want looks like, it should be faster and easier to manufacture than a conventional vaccine.

The technology is amazing enough for US President Donald Trump to throw money at Moderna. In March, the company’s CEO, Stéphane Bancel, informed the US government that it had managed to create a vaccine candidate 42 days after the Covid-19 genome was sequenced, and that human trials would begin in a few months. A month later, the company was awarded US$483mil (RM2bil) in grants to accelerate the development and manufacture of the vaccine – approximately half of the total amount of grants issued at that point by the US government.

There are some who are not happy with that. Moderna’s is only one of eight Covid-19 vaccines undergoing phase three testing (two of which are also based on mRNA), and it may seem a bit blinkered to put so much faith in what is essentially an untested way of producing a vaccine.

Add to that the history of Moderna as a “miracle medicine” company that has received close to a billion US dollars of investment yet has never in its 10 years of existence produced a single successful cure ... you can understand the grumbling from the sidelines over the grant money.

The truth is, the whole field of vaccines is held back not by the limits of science but rather because most pharmaceutical companies don’t believe there is a market for them. Many see them as loss leaders – products you put on the shelves to get your good name out even as they lose you money.

Moderna is no different, reporting that it expects to sell the vaccine for between US$32 and US$37 (RM134 and RM155) per course, even though it is implied the “correct” price would be closer to US$300 (RM1,200). And even at its subsidised price, it is about two to three times more expensive than other vaccine candidates. Clearly, Moderna is trying to recoup its decade-long investment in this area.

So if the Moderna vaccine is eventually green-lighted, brace yourselves for debates about whether the company comprises Trump cronies, or whether such an untested technology is safe, or if the vaccine really works or not. And in the middle of it all, I suspect the science of the product will be of secondary importance.

I think that whenever an issue becomes political, people resort to arguments that they can understand and simply ignore the ones they don’t. So we debate whether it’s right to fine people RM1,000 for not wearing a face mask when VIPs do the same when meeting the public, but we don’t really discuss the risks of one situation over the other and how to mitigate them.

For the record, I appreciate and understand the need for a mandatory face mask law. It is similar to the argument I laid out in a previous column for a mandatory vaccination law: Even if individuals say they don’t like it, we know (because the science shows us) that it’s better for the community as a whole.

I think this explains in part my shift away from being interested in “pure” science to what I do now, which is to help communicate ideas about science and technology. I think scepticism only really works if you make an effort to understand the science underpinning an issue. Even if a company is a “crony”, maybe its vaccine works, and maybe it will still save millions of lives.

Ultimately, the world is a complex and messy place. And people are shouting contradictory things at you at the same time. My request is that, in the midst of all this chaos, if you appreciate what science has created, then don’t cast it by the wayside in the debate. 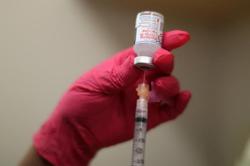 Dear Thelma: My marriage is ruined by my mum-in-law's interference
Just because your dog's wagging its tail, doesn't mean it's happy
Here's the correct way to reuse your disposable face masks safely
Contradictheory: So, how safe are Malaysia's newly re-opened schools?
Keep your cat away from plants
7 aquarium plants for beginners
Malaysian entrepreneur upcycles kimonos into clothes, bags and accessories
Helping a cat and dog live under one roof - with no fighting
Penang retired teacher transforms used, but cleaned, face masks into aprons, bibs and flower pot covers Premium
Odie the Shih-Poo brings happiness and love to his humans