A tribute to the twin icons of Malaysian medical research

Another colossus who strode the IMR was the late Dr M. Nadchatram, or Nad, as he was affectionately known. He passed away in 2011.

Boo Liat and Nad were seen as scientific “twins” at the IMR. Boo Liat joined the IMR in 1947 and Nad the following year, at the age of 19. Both entered the IMR without a university degree and had parallel careers, which were intertwined at the IMR until their retirement. They started as laboratory assistants, the lowest rung of the scientific ladder. Indeed, Nad once told me that he was recruited into the IMR, after an expatriate scientist spotted him while playing cricket. Such things were possible in those bygone days. 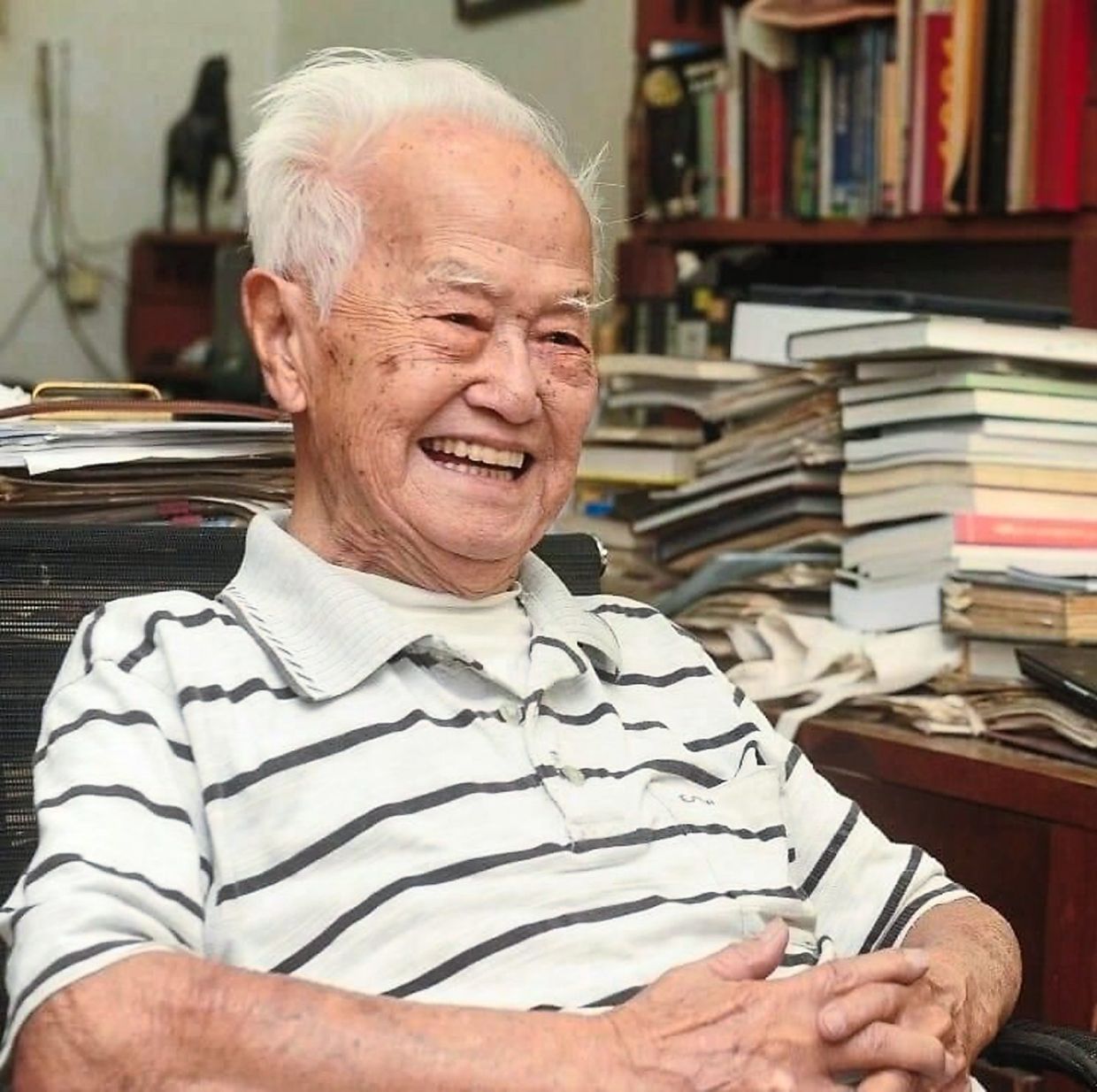 Dr Lim Boo LiatThe tenacity, diligence and hard work of Boo Liat and Nad caught the eye of senior British and American scientists at the IMR. Both men were fortunate to have had excellent mentors who nurtured their scientific curiosity. Nad often spoke to me of his mentor, the late Dr J. Ralph Audy, whose photograph adorned his office. Prof J.L. Harrison took Boo Liat under his wing and taught him the taxonomy of mammals.

Nad was an acarologist (someone who studies acari, or ticks and mites) of world renown. Acari were important as vectors of the organism that caused a disease called scrub typhus, a condition that afflicted allied soldiers in the Pacific theatre of World War II. He also studied house dust mites, allergens that are responsible for causing mite-induced respiratory diseases, asthma, rhinitis and contact dermatitis. 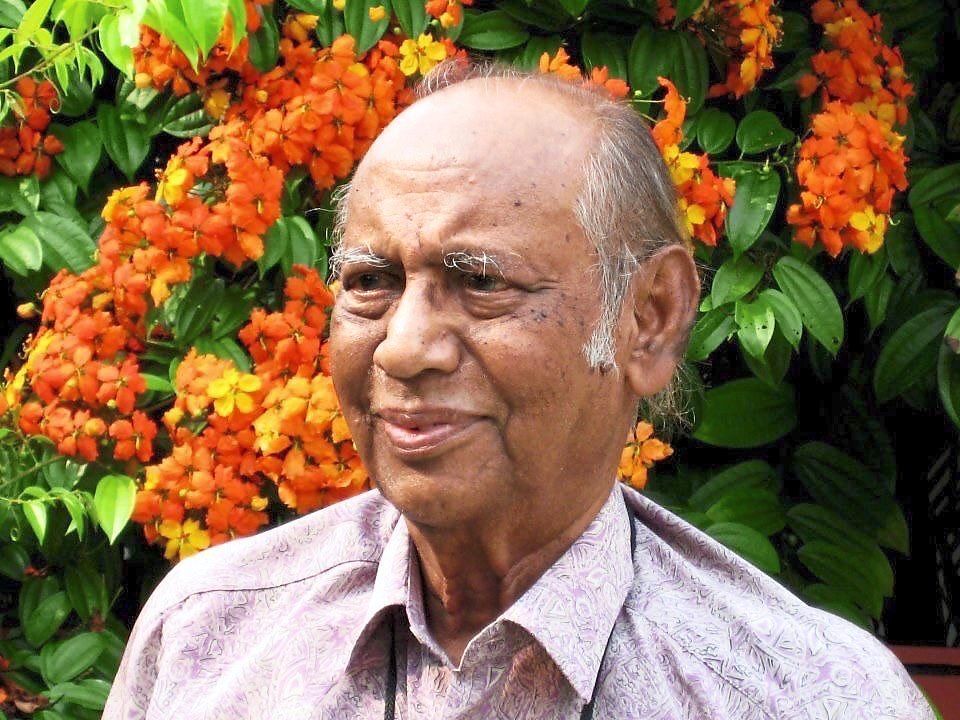 Nad was a participant in most of the research that was carried out in Malaysia in this area. He made numerous scientific contributions and discoveries of ecological and epidemiological importance in medical acarology. The results of his scientific work have appeared in some 160 publications in several national and international journals. His work ranged from systematics and ecology, to the conservation of natural resources.

Boo Liat’s knowledge of vertebrate animals prior to joining the IMR led him to being put in charge of the animal collection section when he joined the IMR.

Boo Liat was a widely recognised expert who studied animals and their role in the transmission of diseases. He authored or co-authored over 300 scientific papers on small animals, reptile and amphibian ecology, rodent control, zoonotic diseases associated with terrestrial vertebrates and helminth parasitology in many scientific journals.

Boo Liat introduced the concept of “ecological labelling” by way of an organism’s parasitic pattern. This concept has since been accepted by animal behaviourists and mammalogists throughout the world.

Boo Liat and Nad first published their scientific papers together with their mentors and subsequently on their own. Based on their publications alone, both men were accepted into master’s degrees programmes without the benefit of a first (bachelors) degree. Boo Liat was accepted by the University of Aberdeen to pursue an MSc, which he completed in 1972. His mentors in the UK were able to secure a UK Medical Research Council Fellowship to sponsor him for two years in Scotland for this purpose. Similarly, Nad obtained his masters in Public Health from the University of Hawaii in 1975, with the help of American colleagues. They then obtained their PhDs – Boo Liat from the Universiti Sains Malaysia in 1977 and Nad, once again, from the University of Hawaii, in 1983.

Nad and Boo Liat rose to become heads of their respective divisions at the IMR. Nad was the founding head of the Division of Acarology and Boo Liat headed the Medical Ecology division. However, neither went far within the civil structure since they had entered the senior ranks late in their careers. 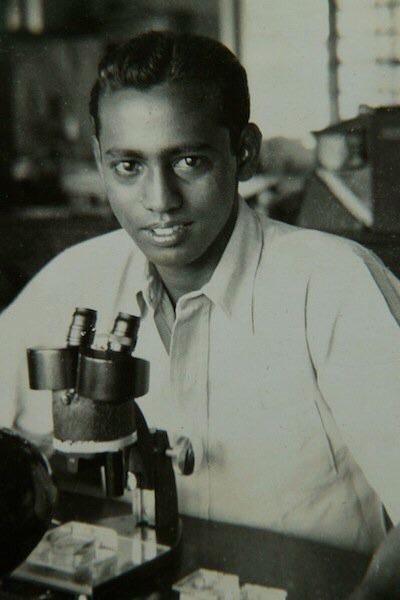 Both men were biologists of the old school. They discovered several new organisms, which, as is the practice in biology, were named after them. Held in high regard by his peers overseas, Nad’s name is commemorated in 15 biological taxa. Boo Liat had multiple species named after him, including a snake (Oligodon booliati), a protozoan species (Sarcocytis booliati), a flea (Medwayellia limi), a chigger (Babiangia booliati), and parasitic worms Helimonella limbooliati, Plasmodium booliati, and Brienlia booliati. Animals named after Boo Liat included a frog species discovered in Johor in 2012, Kalophrynus limbooliati.

Like biblical prophets of yore, Nad and Boo Liat were perhaps better recognised beyond the IMR. Indeed, Nad was once offered a position at the University of Hawaii in the 1960s but was persuaded to remain at the IMR by the then Director, the much-loved late Professor Datuk Dr Ungku Omar Ahmad.

Following his retirement from the IMR in 1982, Nad served at the National University of Singapore as a Senior Teaching Fellow from 1983-1988. Boo Liat was seconded to the World Health Organisation from 1977 until his retirement from the IMR in 1987. In 1988, he was asked by the Director-General, of Department of Wildlife and National Parks, in Kuala Lumpur to assist in the creation of a new Laboratory Research Division in the DWNP.

Both men lived and breathed science. Their quest for knowledge continued well into their retirement. Their knowledge and advice were widely sought-after and they in turn mentored others. In 2013, Boo Liat was one of the Merdeka Award recipients for his contributions to the conservation of Malaysian biodiversity.

The avidly golfing Nad and the pipe-smoking Boo Liat were close friends. Both were held in admiration by their IMR colleagues and also scientists internationally.

The writer was a Research Officer at the IMR whose career there overlapped with those of both these distinguished scientists. He wishes to thank the families of both men and former IMR colleagues for their input to this article.

Bats carry coronaviruses, but why don’t they get sick?

5 tips to help if you're struggling a little with mental health
Sudan’s electric rickshaws cut costs and help the environment
The intelligence of AI is limited by its creators, us dumb humans
Dear Thelma: Dad is abusive, and I'm living in fear constantly
How 'climavores' are making their diet more environmentally friendly
12 practical steps to reduce car traffic in city centres
Why South African scientists are breeding zebras without stripes
Why preserving sand can be as important as preserving water
Make your own cold brew coffee in minutes for a cool caffeine kick
Heart and Soul: Of food and gratitude