After 10 sleepless days and nights, thousands of construction workers had finished building this and another specialised hospital with 2,500 beds. — China Daily via Reuters

The past two weeks have been agonising, as my heart is tremendously strained with the sudden outbreak of the Covid-19 novel coronavirus rampaging in my motherland.

Right now, 1.4 billion Chinese people are sparing no efforts in the fight against the epidemic. Countless medical teams from all around China, responded in a heartbeat, have marched to Hubei Province to fight on the frontline, saving lives day and night.

Chinese citizens, resolutely united as one, have devoted themselves to the strictest measures of epidemic prevention and control.

We all have our hearts set on one goal: race against time and fight against the virus. Every day, we witness heroic deeds from ordinary individuals, which always bring tears to my eyes.

Behind these touching stories, we see the Chinese people firmly upholding their country’s interests with their very lives; we see them shouldering their country’s fate with adamant faith; we see them expressing their deepest love for their country with staunch actions. Indeed, we live in a peaceful and prosperous time, only because of the unsung heroes and their selfless devotions making it possible. Without these heroic deeds, without the nationwide support and concerted acts, the situation of the epidemic in China would be much grimmer. Workers labouring at the construction site of the new Leishenshan Hospital, a makeshift hospital for treating patients of the new coronavirus, in Wuhan, Hubei province. Picture was taken on Jan 31. — cnsphoto via Reuters

Recently, our strenuous efforts have begun to show promising results. Although the number of confirmed and suspected cases are still high, the increment across all provinces in China, excluding Hubei Province, has been dropping rapidly. Instead, we see a sharp rise in the number of cured cases, counting more than 1,000 in total. With the Chinese New Year holiday drawing to an end and people preparing to return to work, albeit we cannot jump to the conclusion that the outbreak has duly reached its inflection point, this is indeed inspiring news nevertheless.

Thanks to the prompt efforts of the Chinese Government in releasing information about the epidemic to the World Health Organization (WHO) and other countries and co-operating with all sides on epidemic prevention in a timely manner, only less than 1% of all the confirmed cases happened outside China. This, to a large extent, is because of the meticulous restrictive measures taken by the Chinese Government to prevent the exportation of the epidemic, as well as the strictest measures of self-isolation taken by the Chinese people. These actions have been highly recognised and commended by the WHO and the international community. Dr Tedros Adhanom, the Director-General of the WHO, has recently described China as a benchmark for handling such issues. 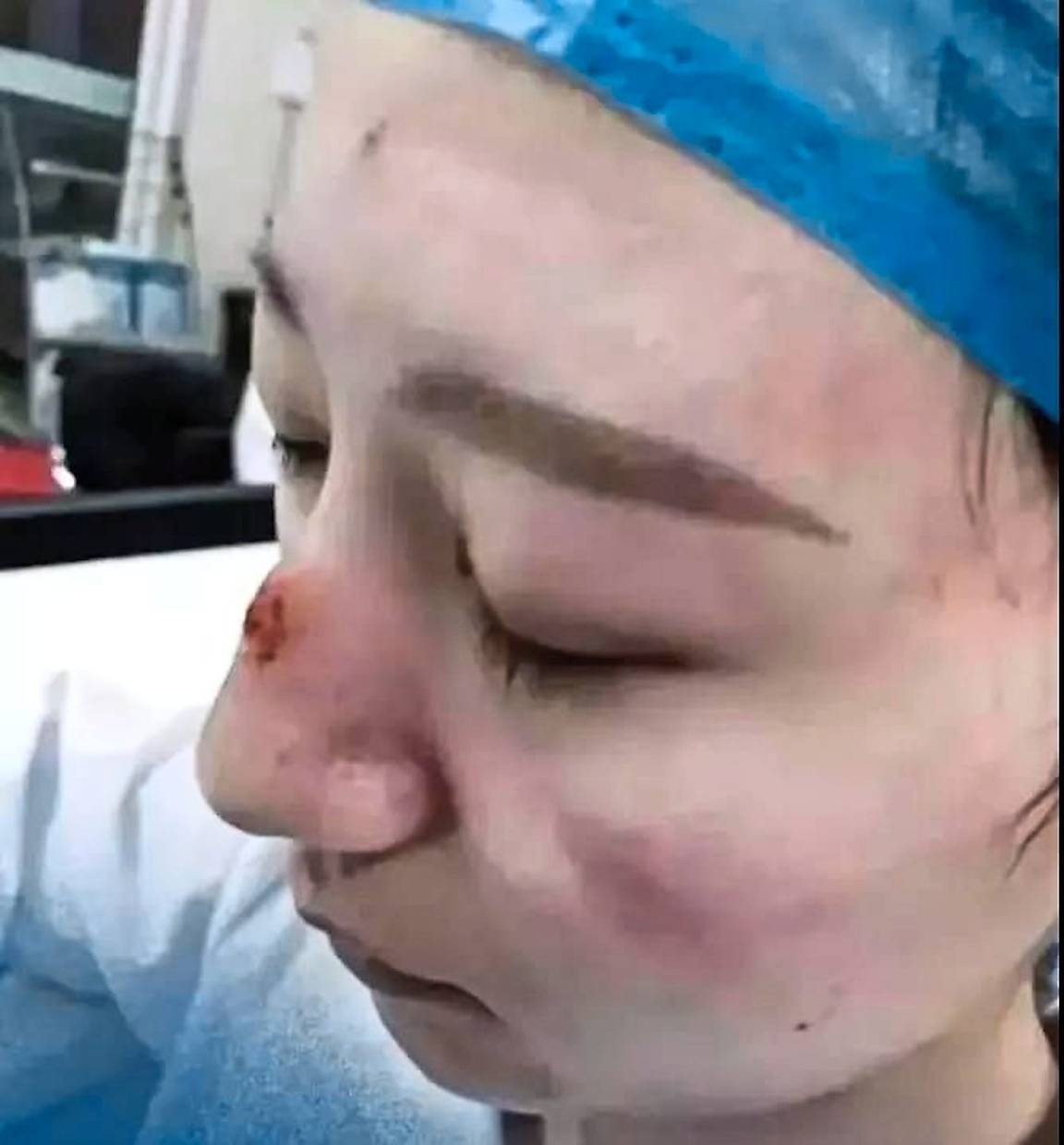 Now, every province, every city and every citizen in China is fully rallied, as we stand our ground and rise to face the challenge. This is now a people’s war, and it is everyone’s war. The 1.4 billion Chinese people, joining forces like no other, had aborted the usual festivities of the Chinese New Year such as visiting, gathering and parties. They secluded themselves at home, in accordance to the requests from the government and local communities. The Chinese people are fighting “a war of total isolation” against the outbreak, as we understand that this is the most effective way to stop the virus from further spreading.

Of course, every war has its costs. This time, we are paying in terms of personal freedom of movement, severe impediments in productive activities and national economy. However, these costs are doubtlessly dwarfed by the health and safety of the Chinese people, and it is only fair to say that China and the Chinese people have been doing a good job, in a united, determined and tenacious way.

As always, China has been doing these not only for itself, but also for the whole world. In this exceedingly globalised and inter-connected world, any virus would be able to travel the same way we travel: at high speed, across borders and among different races. It is only logical to eliminate the virus within China quickly to inhibit the international spreading. Thus, ever since the beginning of the outbreak, the Chinese Government has exhausted all possible means, including calling off all outbound Chinese tourist groups and identifying and sharing the gene sequence of the coronavirus with the WHO and other countries within the first week. We have even gone to the length of lock-down of Wuhan city and its neighbouring cities, with dozens of other cities adopting close-off management of residential communities.

There is one altruism philosophical idea embedded in the 5,000-year Chinese civilisation – that one would sacrifice his own interests for the betterment of the society. Today, when humanity is tested by this gruesome epidemic, the Chinese people have once again demonstrated this national spirit. It is this spirit that has guided the Chinese nation and civilisation through the trials of time. It is also this very spirit that will lead the Chinese Government and people today to the final victory in the fight against the epidemic.

Our confidence also comes from the invaluable support and aid from the international community. By the end of Feb 5,21 countries and international organisations, including Malaysia, have offered assistance by donating to China medical supplies in large quantities. Friends of China from various countries have also pledged their much-needed support to China by different means. This has proved to the Chinese Government and the Chinese people that we are not alone in this critical fight. The hands of nurses which had been corroded by disinfectant soaking. It was arduous and exhausting, yet the medical staff all stood fast and remained at their post day after day. — HandoutI was more than once deeply moved by the precious support from both the Malaysian Government and the Malaysian people. Prime Minister Tun Dr Mahathir has positively remarked that the Malaysian Government would provide assistance, when needed, in forms of food supply and medical essentials such as face masks and gloves to Hubei Province and other areas.

Two weeks ago, along with YB Teresa Kok, Minister of Primary Industries, I attended the donation ceremony where the Malaysian side donated 18 million clinical gloves to Wuhan. Video clips, sent to me constantly, in which Malaysian people are chanting “Wuhan jiayou” (Keep on fighting, Wuhan) tugged at the heartstrings of myself and my colleagues. We have already forwarded the clips to China, hoping to make the voices of the Malaysian people heard, that our Malaysian friends are standing with us, hand-in-hand, shoulder-to-shoulder.

Among these video clips, those from MITA, MICA and other tourism associations in Malaysia drew my special attention. I am fully aware that many Malaysian friends working hard in the tourism industry have been having a really tough time since the epidemic struck. Some of them are even facing hardships in making a living. Yet what comes from them is definitely not blame nor complaint, but genuine, enthusiastic cheers and encouragement for China, for Wuhan. I must have a heart of stone to be not moved by their kindness.

I am also grateful for the active donations from Malaysian organisations and friends from all walks of life. In one instance, when I was expressing my gratitude to one of my old friends in Malaysia for his donation, he just replied with a few simple words: "A small contribution in time of need." He speaks the truth. Every word of support and every form of assistance is help in time of need, and it demonstrates the unwavering brotherhood between China and Malaysia in a time of adversity. Here, I would like to express my heartfelt gratitude to all Malaysian friends who have been supporting our efforts in fighting the epidemic, for your invaluable support in this time of trial. Thank you, Malaysia!

In this globalised world, we may differ in race and nationality, but we share the same sky, same earth and same future. Viruses, regardless of types, are the common enemies of the human race. To fight against and eventually quench the outbreak of the novel coronavirus requires, of course, global collaboration. Just like what Dr Tedros Adhanom has commented, “This is the time for science, not rumours. This is the time for solidarity, not stigma.” Only by standing and fighting as one can we grasp the final triumph in our hands. History will long remember not only the arduous endeavours by the Chinese people, but also how people all over the world have joined hands and together defended humanity.

We are now fighting a war without gun smoke, and it is not over yet. But I believe, with determination, confidence and patience, the victory will be ours. The world is actually no stranger to public health emergencies like infectious diseases. In the decade before the novel coronavirus, our generation confronted the menace of H1N1, bird flu, MERS and Ebola virus. All of them looked threatening and deadly, yet none of them could finally gain the upper hand over the intelligence and the unity of humanity.

As the Chinese people always say, “A country will emerge stronger from adversities.” We do not need to look very far back to see that in 2003 and 2008, the Chinese nation and its people overcame the grave challenges posed by SARS and the Wenchuan earthquake in Sichuan Province. As we conquered each hardship and adversity, we always emerged stronger and tougher than before. This time would be no different. I strongly believe that with the support from all countries including Malaysia, the brave and persistent Chinese people will once again defeat the epidemic, and stand triumphant in the end.
Bai Tian is the Chinese Ambassador to Malaysia.
Article type: metered
User Type: anonymous web
User Status:
Campaign ID: 1
Cxense type: free
User access status: 3

You can't outpedal Covid-19: Tips for cycling while masked
Sunny Side Up: Be kind even when you disagree
Coronavirus in retirement homes
Contradictheory: The politics of social media
10 best hanging plants for your home
Ushering in A Joyful Year
Dear Thelma: I like this girl but she's in a relationship with someone else
Car parts could be made from rice husks in the future
Forget grass: Eco-friendly, no-mow alternatives for green lawns
These Malaysians are growing vegetables on shoe racks and other small spaces Premium