Malaysian motor racer Weiron Tan has a need for speed

Tan is a picture of concentration at the 6 Hours Of Spa-Francorchamps race in Belgium last month. Photo: DPPI/Jean Michel le Meur

Although Weiron Tan makes his living as a motor racer, he is anything but a speed demon on his off days.

“Normally, I am a careful driver. Away from the tracks, there is no need for me to speed, and I don’t encourage anyone to, either,” says Tan, with a sheepish smile.

That’s sensible talk from a young man who’s widely touted as a rising star in his chosen sport. Tan, who turns 24 this December, was discovered at the age of 13, when he was introduced to go-karts.

His father brought him and his siblings to the Shah Alam Stadium Circuit, and Tan was spotted by circuit owner Ng Wai Leong. Ng persuaded Tan to pursue motorsport further and the rest, as they say, is history.

Before that fateful day on the go-kart circuit, Tan reveals that he was unsure of his ambition. “I didn’t know what I wanted to be; I was going with the flow. My cousin is (figure-skating champion) Julian Yee, and I used to go skating with him before I found my true passion.

“I stopped skating when I discovered motor racing. I found I was better suited for that sport and could make a career out of it,” recalls Tan, who names Spanish Formula One champ Fernando Alonso as his biggest inspiration.

One of the earliest challenges Tan faced was in juggling his school and training sessions. “I rarely had time to socialise with friends,” he says.

His motto in life is to “believe in whatever you do”.

“Whether it’s sports or any other career, you have to work your butt off, before you can taste the reward. I don’t mind doing the hard work, as I know I will see the sweet side of it at the end.”

Tan is a picture of concentration at the 6 Hours Of Spa-Francorchamps race in Belgium last month. Photo: DPPI/Jean Michel le Meur

Alongside vigorous training, Tan has had to watch his weight. “In motor racing, the lighter you are, the faster you can be. Most drivers have to be very small as it’s beneficial for the car.”

At a height of 177cm, Tan says he’s considered “quite tall” for a motor racer. “Therefore, I can’t put on a lot of muscle mass, and I have to be disciplined about my diet,” explains Tan, who currently weighs 69kg.

He does cop to cheat days, however. “I am a big foodie, and my favourites are curry laksa and chicken rice. I consider those my cheat meals once in a while, as long as I keep my training on point. It doesn’t help that I also have a sweet tooth; I think I got that from my mum,” says Tan, with a laugh.

According to Tan, racing is considered one of the more expensive sports. “It was initially tough trying to find financial support. Although it’s been a long, arduous journey, I am grateful to have found some supporters along the way.”

The hard work and sacrifices are indeed worthwhile as Tan has excelled and matured in his field, surpassing some of his older and more experienced peers.

Since 2009, he has had podium finishes in almost all the races he has competed in. In 2010, at the age of 15, Tan was the first Malaysian Champion in the PLUS Yamaha SL International Challenge, despite competing in the senior category meant for drivers aged 16 and above.

In 2011, Tan made his racing debut in Europe in the KF2 (a kart racing class for top drivers aged 15 and up), competing in the World Series Karting championship with the Works Kosmic Racing Kart Team. Tan is also the only Malaysian among six international drivers to be selected for the AirAsia Caterham F1 Driver Development Program in 2011.

In 2013, he embarked on the Protyre Formula Renault 2.0 Championship in Britain. He made a huge impact, scoring five race wins, four podiums and six pole positions, securing vice champion in his debut season.

In 2015, Tan made the move to the United States for the Pro Mazda Championship. Ahead of the start of the season, he competed in the five-race Winterfest. He immediately impressed, scoring two dominant race wins and three second places on his way to taking vice-champion honours.

In the main series, he had a successful rookie year, finishing fourth in the standings and scoring four victories. He continued with the series in 2016, joining championship winning outfit Team Pelfrey.

Most recently, he was roped in by Sepang International Circuit (SIC), which has taken the first step towards realising its aspiration of having an all-Malaysian team to race in the prestigious 24 Hours Of Le Mans in France.

Tan was joined by Afiq Ikhwan, 26, and Jazeman Jaafar, 25, in the renowned Jackie Chan DC Racing X Jota Sport team; they claimed a win on their debut race in the Asian Le Mans Series earlier this year. Since then, 25-year-old Nabil Jeffri has joined the team, in place of Afiq.

“That is definitely one of the proudest accomplishments for me, and for us as a team,” enthuses Tan. “We didn’t have any practice before that, we just turned up at the race – and as three Malaysians, we won on our first try! Subse-quently, that sparked interest to compete in the World Endurance Championship (WEC).”

Regarding the WEC 2018/19 (which started this April and ends in June 2019, spanning six countries), Tan says: “We are the underdogs going into this championship; after all, it is the pinnacle of endurance racing in the world. We are expected to perform at our best and I am extremely honoured to be given this opportunity.”

Tan has been named the Friend of Corum Asia. Photo: Corum

Another feather in Tan’s cap is being selected as the “Friend of Corum Asia”. The boyishly good-looking lad was named the first “friend” of the prestigious Swiss brand in South-East Asia for its Admiral Cup watch collection.

“To be associated with such an iconic brand is certainly very exciting,” says Tan, who naturally sported a limited edition Corum Admiral timepiece during our interview. “Historically, the brand was more into sailing. With me onboard, they are venturing into more diverse sports, including motor racing.”

He may be particular about his timepieces, but Tan says he is a casual person when it comes to fashion. “I let my girlfriend pick out all my clothes for me; I prefer black, grey and white as it’s easier to match. I never fuss about what I wear, unless it’s for special occasions.”

Tan also names Lifestyle Chiropractic (a physiotherapy and chiropractic centre in Bangsar, Kuala Lumpur) as a long-time supporter. “I injured my lower back a few years ago, and they have been instrumental in getting me back into shape.”

Asked whether he practises any superstition before a race, Tan answers: “When I was younger, I used to get into the car from a certain side or put my helmet on in a certain way. But I grew out of it.”

Away from racing, Tan enjoys spending time with his family. “I travel so much and rarely get to see them.”

His advice to young people who want to follow in his footsteps is fairly straightforward.

“Don’t give up as you never know the opportunities that could present themselves in the future. When it comes to difficult situations, it’s okay to fail sometimes, as long as one keeps on trying.”

Sounds like a man on the fast track to success.

Malaysian motor racer Weiron Tan has a need for speed 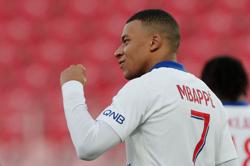 Dear Thelma: My wife pulls my ears and verbally abuses me in front of my family
A doctor’s journey from government service to private practice
Dog Talk: Giving your dog the best, health-wise
10 stunning architectural and interior design projects that won at the IDA 2020 Premium
Hamsters and other rodents need space and playful stimuli to thrive
Turning diapers into compost gold
Houses of the future could be built in 24 hours and look like honeycomb cells
How to help your cat if it is suffering from weak kidneys
Potato Head Drops 'Mr' title to promote inclusivity
5 creative ways to upcycle face masks