The who, what, where, when, why, and how of The Question

Renee Montoya took over the mantle of The Question in the 52 event. Photos: DC Comics

Who is The Question?

Created in the now-defunct Charlton-verse in 1967 before being absorbed into DC in 1983, the character has been around for the past 50 years, but his status in the overall DC universe remains, well, a big question mark.

Not good enough to get a permanent slot in the Justice League (though he did gain membership in the animated Justice League United series), and nowhere great enough to even be considered for a cinematic version, The Question has, nevertheless, remained one of the more enigmatic and mysterious characters in the DC universe.

What is it about The Question that has made him such a cult figure despite his relative obscurity? Surely there is a niche in which this character with the coolest calling card ever can reside?

Here are the answers to some of the more pressing questions concerning the character.

How did The Question arise?

Unlike Spidey, however, Charles Victor Szasz aka Victor “Vic” Sage doesn’t have any powers. Instead, he has a highly inquisitive mind and a propensity for violence – which, when you put it that way, doesn’t really seem very superhero-like.

Vic Sage didn’t have any powers. Instead, he had a highly inquisitive mind and a propensity for violence.

Using Russian-American novelist-philosopher Ayn Rand’s views of objectivism as a focal point, Ditko’s original version of the Question leans towards the right of the political spectrum and possesses a stark sense of morality.

(Objectivism is the “concept of man as a heroic being, with his own happiness as the moral purpose of his life, with productive achievement as his noblest activity, and reason as his only absolute” to quote from Rand’s Atlas Shrugged.)

When DC took Charlton’s characters into its fold, The Question was reintroduced in the pages of Blue Beetle #4 and subsequently got his own regular series, created by none other than the legendary Denny O’Neil.

Given carte blanche to redefine The Question, O’Neil tested new ground by shifting the character from being an objectivist to adopting a more Zen-like belief system, tackling hard-hitting issues such as politics, poverty, feminism, religion, and racism.

Who IS The Question?

While his origins and subsequent reinvention by O’Neil sounds pretty heavy for a comic book character, The Question isn’t exactly a superhero in the first place.

Instead, Vic Sage is a television investigative journalist who goes the extra mile by actually solving crimes with his alter-crime-fighting-ego as The Question.

In his original form, Vic Sage was a television investigative journalist, who is also the vigilante known as The Question.

He does have one of the most unique stylish costumes and calling cards in comics, though. Often seen wearing a (usually blue) suit and tie with a long trench coat and matching fedora, the most unique part of his appearance is his lack of a face.

The Question wears a special mask made from “Pseudoderm” (the same material that gives the Elongated Man his powers) that he keeps in his belt buckle. The mask makes him look faceless and needs to be bonded onto his face with a gas that also alters his hair and fabric colour.

The Question has a special mask that makes him look faceless and needs to be bonded by a gas that also alters his hair and fabric colour.

He also has a blank calling card that emits a smoky question mark upon being touched.

What can The Question do?

Frankly, the idea of a masked vigilante detective solving crimes outside the law makes The Question sound like a B-grade Batman. While The Question has superior analytical skills and adequate crime fighting skills, he lacks the financial resources and the connections that Batman’s Bruce Wayne has.

Another major difference between The Question and Batman is that the former tends to cross the line, Punisher-style, when questioning or dealing with criminals.

Ironically, it is the Dark Knight who gets him to “upgrade” his abilities, after a near-death encounter with Lady Shiva and her posse (in 1987’s The Question #1).

As part of O’Neil’s “major overhaul” of the character, The Question was beaten to a pulp and thrown into a river to die. But Shiva had a change of heart and Vic Sage did not end up as fish food. Instead, he lives to hear a stern lecture from the Dark Knight, which leads him to subsequently learn kung fu from the infamous Richard Dragon.

Subsequent upgrades to The Question’s abilities include moving from being philosophical to acquiring shamanism techniques, to “feeling” the ground he operates on, ie Hub City.

Where is the Question now?

In the Himalayan city of Nanda Parbat ... dead as a doornail!

In the 52 post-Infinite Crisis limited series in 2007, The Question headlined a sub-story where he and former Gotham City Police Department (GCPD) detective Renee Montoya teamed up for a series of adventures. It turned out that Sage was suffering from lung cancer and wasn’t looking for a sidekick or partner at all, but rather, successor.

Renee Montoya made her comeback as The Question in Convergence, in which she teamed up with Batwoman and Huntress.

The 20+ issues he shared with Montoya stands out as one of his defining moments, as it really increased interest in the man behind the faceless mask. It also built the foundation for Montoya to assume the mantle and provided more granularity to a character closely connected to the GCPD and fellow detective Harvey Bullock.

Why isn’t The Question more popular?

Compared to his Ditko-roots, the O’Neil days were certainly several notches more interesting – both in depth and dimension. However, it was still not good enough to captivate readers’ minds in the 1980s or even today.

However, a winning blueprint for reinventing The Question exists in the form of Roscharch, Alan Moore’s protagonist from the Watchmen series.

Initially, Moore wanted to use the Charlton characters for Watchmen but was overruled by DC as he intended to kill off some of them, which didn’t jive with DC’s plans for its then recent acquisition.

Instead, Moore (and Dave Gibbons) created Roscharch based on The Question – and the end result was an instant success!

Which brings us to another, er, question ... would The Question be an instant success if he were rebranded as Roscharch today? With the ongoing infusion of Watchmen elements into the DC-verse, there are valid reasons to do so, but it would come at the expense of tarnishing Roscharch’s contributions to the epic Watchmen series.

Risking Watchmen to promote The Question? It just ain’t worth it!

To bring this debate to a close: O’Neil did do a homage-within-a-homage (The Question #17), where Vic Sage actually reads Watchmen and wonders about being Roscharch but concludes that their methods are just too different.

When will The Question return?

Despite Vic Sage’s death in the 52 event, he was later resurrected as a Black Lantern during the Blackest Night event and on an alternate version of Earth. Later, in the 2011-2015 New 52 rebranding exercise, DC tried to ret-con him as one of the “Trinity of Sin” (together with Pandora and The Phantom Stranger), giving him a supernatural background. But that failed miserably – he made his final appearance in Trinity Of Sin #6 and is never seen again.

DC resurrected the Question as one of the New 52’s “Trinity of Sin” together with Pandora and The Phantom Stranger.

The question is, will Vic Sage return to being the Question?

Frankly, these feeble attempts only serve to soil the man’s legacy, especially after his elegant exit in 52.

Reviving Vic Sage aside, there’s also the presence of Renee Montoya’s Question to contend with. While she’s still far from an A-lister, the Montoya version of The Question has, nevertheless, held her own with what limited presence she’s had. Having been completely dropped in the New 52, she made her comeback in Convergence with her own limited tie-in series – Convergence: The Question – in which she teams up with Batwoman and Huntress.

With her established links to the GCPD, Gotham City, and Batwoman, we think it would be better if DC just let Sage stay dead and allow Montoya to embark on an uninterrupted journey to mould her Question persona. But will she ever get her chance to shine? That, my friends, is the million dollar question.

'The Last of Us' sequel presents detailed gameplay video 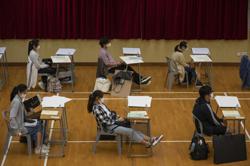 You have the questions, we have the answers