What are the most ideal times to work out for men and women?

There are plenty of benefits to exercising in the evening so don’t let your early riser friends tell you otherwise. — Filepic

If you’re a late sleeper, your parents would have told you at some point that the early bird catches the worm.

Mine always asserted that early mornings were the best time to study, exercise and get things done, because I’d apparently be “fresh” at that hour.

Sadly, it doesn’t work for a night owl like me, especially if it was raining.

Not only would my tongue fumble to get the right words out to speak, my body systems would also move at a sluggish pace.

As the day goes by, I become more alert and energised.

The idea behind the expression, which first appeared in a 1605 book of proverbs by English historian William Camden, is that the birds that wake up the earliest have the best chance of catching a good meal, since no other birds have awoken to pick for worms.

Actually, these worms come out of their burrows to the surface whenever the rain hits the ground and creates vibrations on the soil surface, which can be at any time.

Similarly, you can work out at any time and still reap the benefits.

Before his retirement, legendary Jamaican sprinter Usain Bolt used to spend about 90 minutes in the gym daily, focusing on improving his agility and speed.

But he could never make it to the gym before 10am and would often be late, citing laziness as an excuse.

When asked what he considered to be the most important part of his daily training regime, he was quoted as saying: “Sleep – it is extremely important to me.

“I need at least 10 hours to rest and recover in order for the training I do to be absorbed by my body.”

There you go – even the best of athletes don’t rise early to train early and sleep a lot! We all exercise for different reasons – to lose weight, to enhance our mood, to get fit, to address health issues, etc.

However, a recent study published in the journal Frontiers in Physiology found that exercising in the morning or evenings offers different benefits for different genders.

The researchers tracked the health and performance outcomes of exercise training in a group of 30 healthy, non-smoking, athletically-trained women and 26 similar men who were assigned to exercise in the morning between 6am to 8am, or in the evening from 6.30pm to 8.30pm.

They were all in the middle-age (42 to 53 years) category and had no heart disease.

Over 12 weeks, the researchers measured a range of outcomes, including muscular strength, endurance and power, body composition, blood pressure, respiratory exchange ratio, and mood states, as well as their dietary intake.

Interestingly, whether they exercised in the morning or at night, men showed significant improvements in most mood states, including tension, depression, anger, fatigue, confusion and total mood disturbance.

But for women, there was a significant boost in overall mood state only among evening exercisers.

The desire to eat and the amount of food consumed was also less among both genders who exercised in the evening.

What this all means is that the time of day you exercise may help address why certain goals are not being met.

For example, if you want to lose fat, mornings are best, although the workout has to be of moderate intensity.

When you exercise after waking up and before breakfast, you’re working out in a fasting state, which pushes the body to burn 20% more of its stored fat instead of carbohydrates for energy.

The rate of fat being burned starts to decline at higher intensities of exercise as the body requires energy more rapidly.

But if your goal is to lose fat and weight, then an intense cardiovascular workout is a better alternative.

Multiple studies have also found that the circadian rhythm – a kind of 24-hour biological clock that governs mood, appetite and sleepiness – can affect athletic or fitness performance. To build muscles, it’s better to strength-train in the later part of the afternoon as the body produces more testosterone at this time.

These rhythms influence your blood pressure, body temperature, hormone levels and heart rate, all of which play a role in your body’s readiness for exercise.

As a result, at certain points of the day, an athlete will be biologically at their peak for competition.

Personally, I prefer an evening workout to get rid of the day’s stressors and wind down.

My endurance is also much better after sunset – I can go longer and harder.

A lot of morning exercisers tell me they like to get their exercise quota early as it serves as a “pick-me-up” for the rest of the day.

Two fellow gym members, both surgeons, said the 6am workouts help keep them on their feet for long hours in the operating theatre.

I cannot relate to what they’re talking about because my energy levels tend to dip after an early morning workout.

All I want is a deep tissue massage and a cuppa tea afterwards!

Then I’m energised and ready to roll.

Optimal workout times can also be determined by our hormones.

In both men and women, testosterone is important for muscle growth and strength, and the body produces more of this hormone during late afternoons.

So, if you want to build muscles, shift your resistance or strength training routines to the later part of the day.

Whatever you choose, my advice is to just pick your preferred workout time and stick to it instead of doing something that doesn’t leave you feeling good.

Listen to your body (not your friends!) and be in control.

Stretch it all out by doing the ‘dead hang’

Time to flex those biceps and show some power

Split your workout to target different muscles on different days 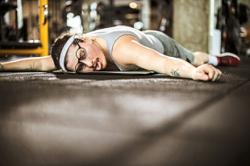 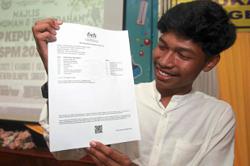 Three types of long Covid-19 identified
Number of young Malaysians having sex has doubled since 2016, survey finds
Lick this to see how much alcohol you have in your blood
Give your baby the best start with breast milk
New drug hailed as first new way to treat acne in nearly 40 years
People with autism need more support at community and societal levels
Had a gout flare-up? You could be more prone to a heart attack afterwards
Natural ways to defend your body against respiratory diseases
Could kissing have resulted in the mutation of the herpes virus?
Tested negative for Covid-19, only to find you have a rebound case?