Is 10,000 daily steps really the magic number for better health?

Walking is an easy activity that doesn’t require any skill or preparation. — Filepic

Ever since the “walk 10, 000 steps a day” concept was introduced, people have assumed that this golden number must be achieved for better health, although there is limited scientific data to back this up.

Unless you’re keeping track via a pedometer, smartphone or wearable technology, the majority of mostly sedentary adults will not hit this target.

Or you might be roped into taking part in a steps challenge, and once it’s over, you put your device aside, scale back or stop completely.

Steps walked can be slow, fast or on an incline, and it is unknown how stepping intensity is associated with health.

The origins of this 10, 000-steps recommendation is from Japan.

It came about when the country was gearing up to host the 1964 Olympics and there was increased awareness on fitness to combat lifestyle diseases such as diabetes, obesity and hypertension.

It was also a time when the life expectancy in Japan was the shortest among the G7 countries, owing to a relatively high death rate from stroke and stomach cancer.

To become healthier, the simplest exercise was to walk as it was easy with no special equipment or skill required, and no coaching or training necessary.

As long as you wear appropriate clothing and comfortable footwear, you’re ready for a walk.

About the same time, pedometers were introduced to the Japanese market by the Yamasa Clock and Instrument Company, which sold it under the brand name Manpo-kei, which translates to “10, 000-steps metre”.

This became a rallying slogan for dedicated walkers, who wore these pedometers on their waist and took to the parks and neighbourhood to walk.

Walking clubs and groups sprouted by the dozens as more people joined in the activity, sweated, lost weight and got physically fitter.

Gradually, this concept moved outside Japan and walkers embraced this daily 10, 000-steps regime. 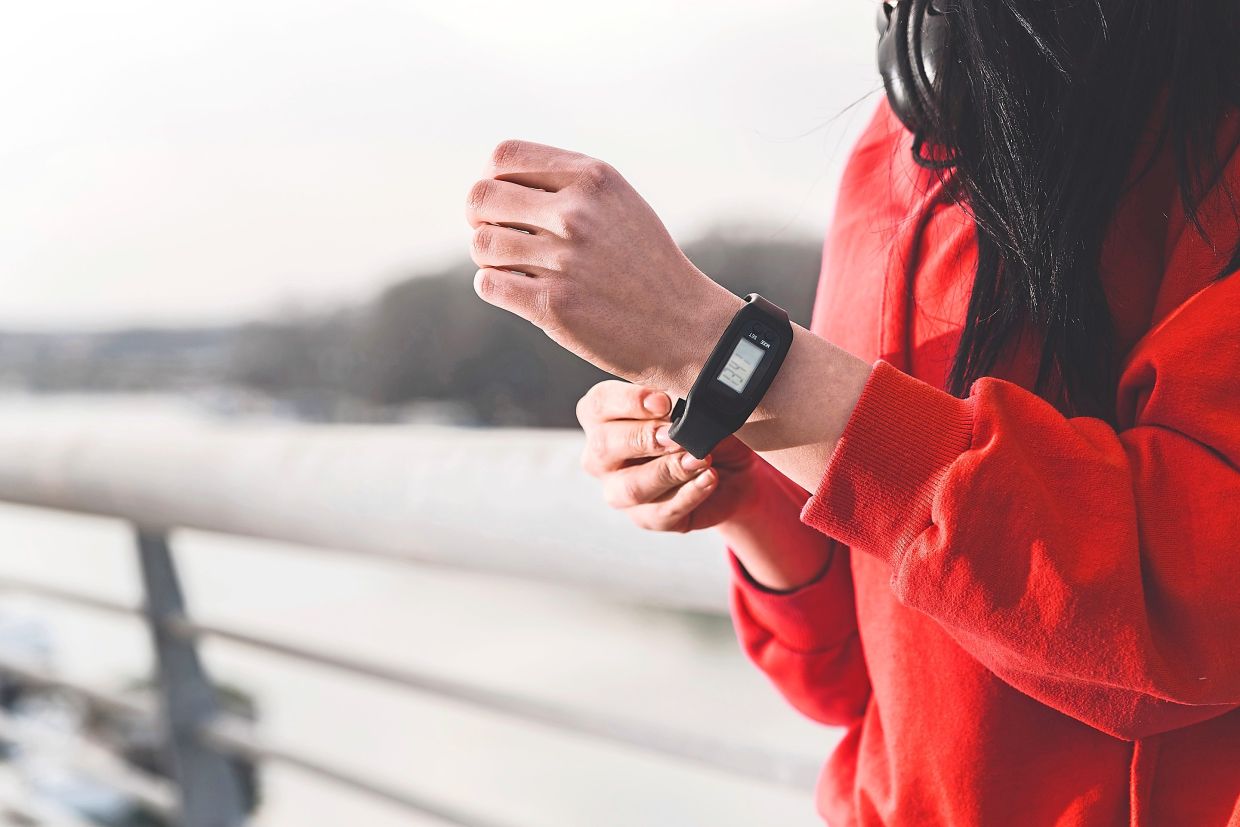 Most of the latest sophisticated fitness trackers today are worn on the wrists and tend to also pick up extra movements from daily life, which are not related to steps. — Photos: AFP

You will naturally accumulate steps through your day-to-day activities, but to reach the 10, 000-step goal, you will need to walk at least an additional 30 minutes a day.

Bear in mind that unlike the old-fashioned, but more accurate pedometers, most of the latest sophisticated fitness trackers today are worn on the wrist and also pick up extra movements from daily life that are not related to steps.

The same goes for smartphones (that do the tracking via fitness apps), which the individual will usually insert into a pouch and strap around the upper arm during a workout.

So, depending on the sensitivity of the sensor in the device, it may pick up movements such as doing the dishes, wiping the window or washing the car, and add them to the daily step count.

One friend said every time she flicked her wrist while drying her hair, her wrist device would count it as one step!

Ten thousand steps roughly translates to a distance of 8km, and depending on the length of your stride and walking speed, it should take you about 100 minutes to cover the distance in one go.

The average person takes about 10-12 minutes to walk a kilometre at a moderate pace.

For the record, in 2017, British Olympian Tom Bosworth race-walked 1.6km (a mile) in 5:31.08 at a Diamond League meet in London, breaking the 27-year-old record by almost six seconds.

Each step you take translates to calories burnt, but the exact amount is highly individualised.

But do you really need to walk 10, 000 steps to reap some health benefits?

One study found that women who increased their step count to nearly 10, 000 steps a day reduced their blood pressure after 24 weeks.

Another study of overweight women found that walking 10, 000 steps a day improved their glucose levels.

But after the studies concluded, very few participants continued with the walking regime and their number of daily steps dropped.

Not necessarily, according to a 2019 study published in The Journal of the American Medical Association Internal Medicine.

In this cohort study called “Association of Step Volume and Intensity With All-Cause Mortality in Older Women”, which involved 16, 741 women with a mean age of 72 years, steps per day were measured over seven days.

The participants wore an accelerometer during their waking hours.

As more steps per day were accrued, death rates progressively decreased before plateauing at approximately 7, 500 steps a day.

Based on this study, there is no additional benefit of walking more than 7, 500 steps a day unless you’re aiming to increase your endurance levels or you love walking very much!

The number of steps, rather than stepping intensity, was the step metric consistently related to lower death rates,

This gives hope to sedentary folks who might opt for long strolls, rather than brisk walking. 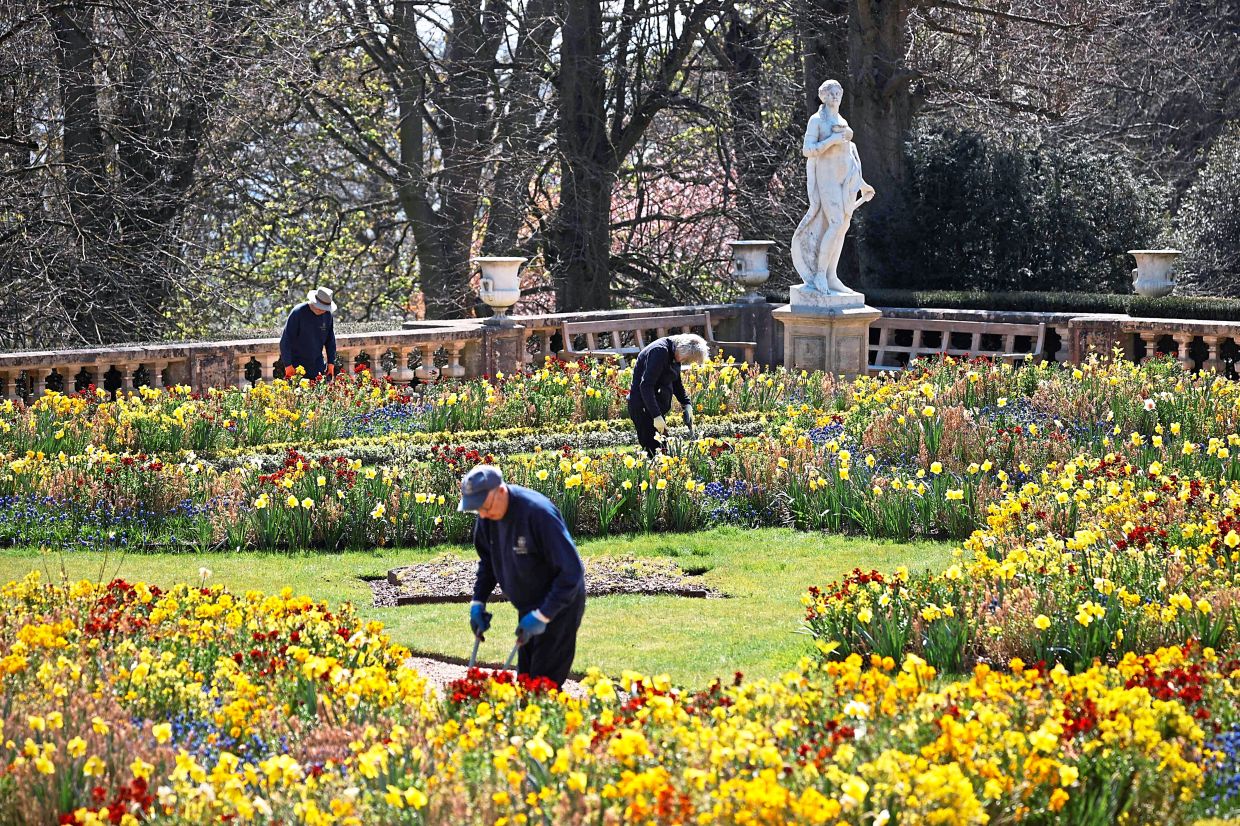 Gardening is considered a moderate intensity activity, with 10 minutes of it being roughly equivalent to 1,000 steps.

Now, if you’re a regular exerciser, but not a walker, you can still use these steps as a measurement to track your progress while you carry out your preferred workouts.

Moderate intensity activities are those that get you moving fast enough to burn off three to six times as much energy per minute, compared to when you are just sitting quietly on your couch.

They cause a slight, but noticeable increase in your breathing and heart rate, and would include activities like swimming, cycling or gardening.

You should be able to talk without having to pause for a breath during such activities, but not sing.

Every 10 minutes of moderate intensity activity equates to around 1, 000 steps.

Obviously, a brisk walk may be a breeze for a marathon runner, but tough for an osteoporotic grandmother, so exercise caution and don’t jump ahead too quickly – start slowly.

If you’re doing high intensity activities (e.g. Tabatha, hiking or jogging), you should find it difficult to talk without stopping – count this as 2, 000 steps for every 10 minutes of workout.

Ultimately, any amount of physical activity is beneficial for your overall wellbeing.

More importantly, the key is to stay motivated so that you are active consistently.

Move your body, create a map

Do those 7-minute workouts and 7-day challenges really work?

Always stopping before you get started? You might be sabotaging yourself

Why can’t I sleep well? These could be the reasons
Three types of long Covid-19 identified
Number of young Malaysians having sex has doubled since 2016, survey finds
Lick this to see how much alcohol you have in your blood
Give your baby the best start with breast milk
New drug hailed as first new way to treat acne in nearly 40 years
People with autism need more support at community and societal levels
Had a gout flare-up? You could be more prone to a heart attack afterwards
Natural ways to defend your body against respiratory diseases
Could kissing have resulted in the mutation of the herpes virus?