Will we have a twindemic of Covid-19 and influenza? 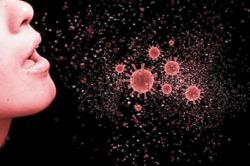 Influenza viruses, seen through an electronic microscope here, have a high mutation rate, which requires the flu vaccine to be updated every year. — Sanofi Pasteur

There are seven coronaviruses – all of which are named as such because of the crown-like spikes on their surfaces.

The common coronaviruses (which are RNA, or ribonucleic acid, viruses) that commonly infect humans are the alpha viruses 229E and NL63, and the beta viruses OC43 and HKU1.

The most recently-discovered beta virus, SARS-CoV-2, is the coronavirus that causes Covid-19.

The influenza and SARS-CoV-2 viruses both infect the respiratory tract of humans using their surface proteins.

The mechanism of infection is different between the two, with influenza requiring haemagglutinin and neuraminidase, and SARS-CoV-2, protein S.

Haemagglutinin is a glycoprotein found on the surface of the influenza virus that binds to sialic acid groups.

Sialic acid groups can be found on various glycoproteins on the surface of human cells.

Neuraminidase, also known as sialidase, is an enzyme that catalyses the cleaving of sialic acid groups from the glycoprotein they are attached to.

Meanwhile, protein S refers to the spike protein of the SARS-CoV-2 virus.

The mutation rate of SARS-CoV-2 is believed to be less than that of influenza viruses.

This appears to suggest that immunity developed from Covid-19 vaccination or natural infection may be more protective in the longer term, compared to vaccines against influenza, which have to be updated every year due to rapid viral mutation.

Where they are similar

Both influenza and SARS-CoV-2 viruses are spread by aerosols and droplets when an infected person coughs, speaks, breathes, sneezes or sings.

The aerosols and droplets may land on the nose, mouth or eyes of persons who are nearby – typically between 1m to 2m away, but sometimes even further away.

Infection can also occur when contaminated surfaces are touch-ed, followed by touching of the nose, mouth and eyes without cleaning of the hands.

Both viruses involve the respiratory tract.

Symptoms of both infections are similar, and include cough, fever, running nose, sore throat, headache and fatigue.

The severity of both illnesses varies, and can range from no symptom to mild symptoms, or severe disease.

Both are potentially fatal.

All age groups can be infected by both viruses.

However, those who are higher risk of severe disease and death from influenza and/or Covid-19 are:

Healthcare professionals are at increased risk of both infections due to the environment they work in.

The pregnant and those who have recently given birth are also at increased risk of severe influenza and Covid-19. 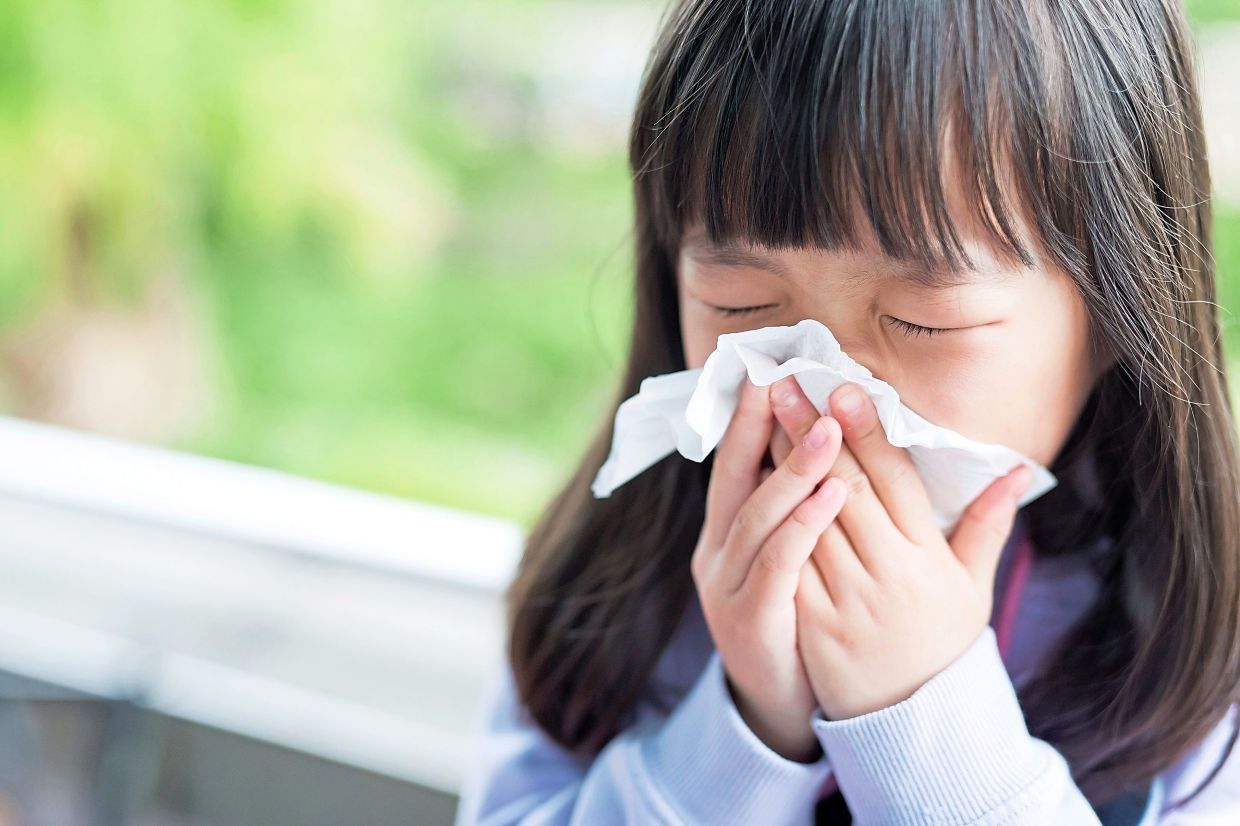 Children can also carry and spread the SARS-CoV-2 virus, even though it is reported that they tend to have milder Covid-19 than adults on average. — Positive Parenting

The term “twindemic” was used to described the dual threat of an influenza outbreak on top of the Covid-19 pandemic.

The term came into use late last year and early this year by concerned healthcare professionals, particularly in the Northern hemisphere when it was winter.

The World Health Organization (WHO) and European Centre for Disease Prevention and Control (ECDC) reported that influenza activity during this period, and up to this summer (June to August), has not appeared to have increased beyond the norm.

Simultaneous infection (co-infection) between SARS-CoV-2 and other respiratory viruses have been reported.

Although Covid-19 has been reported to be milder in children than in adults, children can carry the virus and spread it.

Co-infection has been reported between SARS-CoV-2 and respiratory syncytial virus (RSV), a common infection in children below two years of age.

Doctors from Tongji Hospital in Wuhan, China, reported that co-infection of SARS-CoV-2 and influenza was common during the outbreak there.

They said that patients who had co-infections “have a higher risk of developing poor outcomes, so a detection of both viruses was recommended during Covid-19 outbreak”.

There is concern that the confluence of Covid-19 and influenza will lead to considerable illness and death, with added stress to health systems.

Although seasonal influenza vaccines have variable effectiveness depending on the year, they can reduce illness and death significantly.

Unlike temperate countries in which influenza is more common during the winter months, influenza occurs throughout the year in Malaysia.

“The weekly cases of influenza and Covid-19 were significantly and negatively correlated.”

They concluded that its findings “underscores the co-benefits of Covid-19 control measures and alleviates the concern for the risk of Covid-19 and influenza co-infection”.

There are safe and effective vaccines for both Covid-19 and influenza.

Covid-19 vaccines have been proven in the real world to protect against severe disease, hospitalisation and death.

Billions throughout the world have been vaccinated, and the vaccines have met rigorous standards for safety, effectiveness and quality.

Reports of adverse reactions to the vaccines have been rare.

Getting vaccinated may also protect the people one comes into contact with, as vaccinated persons are less likely to infect others.

The WHO recommends annual influenza vaccination in those at increased risk, i.e. senior citizens, the pregnant, healthcare professionals, those with co-morbidities and young children.

The exceptions are those with contraindications to vaccination.

While the effectiveness of the influenza vaccine is low relative to other vaccines, it is very safe and does not cause influenza. Singing is one of the ways droplets and aerosols that contain respiratory viruses like influenza and SARS-CoV-2 can spread from an infected person to others. — AFP

The treatments for Covid-19 include hospitalisation for patients in categories three to five, symptomatic treatment, support measures, immunomodulators, oxygen, antivirals, janus kinase/interleukin receptor inhibitors and ventilatory support for those with severe respiratory disease.

The treatments for influenza include symptomatic treatment, as well as antivirals and ventilatory support for severe disease.

Those with mild disease of both conditions can usually be treated at home.

Testing for influenza in Malaysia has taken a backseat to testing for Covid-19 with limited data to guide decision-making.

The uptake rate of influenza vaccination is not available in the public domain.

The threat of a twindemic has not materialised in Malaysia to date.

But will it do so now that many in the population have received the Covid-19 vaccine and may be relaxing when it comes to non- pharmaceutical interventions like face mask-wearing, handwashing or sanitising, and physical distancing?

This is especially as many may not have had their influenza vaccinations yet.

It would be prudent to prepare for a twindemic.

Important steps to take would be to come up with effective measures to increase the uptake of both Covid-19 and influenza vaccinations, and to increase surveillance of both infections.

When your child gets hit by two infections

Will there be a Covid-19 surge with restrictions lifted?

Are you using the self-testing Covid-19 kits correctly? 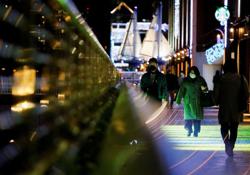 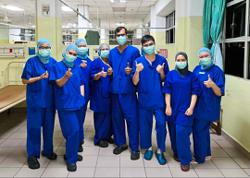 When the flu meets Covid-19
Using radiotracers and PET scans to diagnose dementia
10 things to think about before going vegan
When kids become ‘fussy eaters’ after Covid-19
Fourth Covid-19 vaccine jab offers little more protection against Omicron
Does going gluten-free really help IBS?
Can you lose your memory for just a few hours?
My child has a clubfoot, what can I do?
When parents make mistakes
Should I have a caeseraan section?