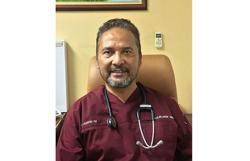 There are many products used in NRT, including (from top left) an inhaler and the nicotine capsules that are used with it, a nicotine skin patch and nicotine gum. — Filepic

According to the National Health and Morbidity Survey (NHMS) 2019, more than an estimated 27,200 deaths in Malaysia were related to smoking tobacco.

The NHMS reported that the prevalence of current smokers was 21.3%, i.e. an estimated 4.8 million Malaysians aged 15 years and above were smokers.

Smoking was 30 times higher in males than females.

The highest prevalence was in the 30-34 years age group.

Smoking was more prevalent in those with primary and secondary education, and least with tertiary education.

The prevalence of exposure to secondhand smoke was 31% at home and 27.2% at work.

Tobacco smoke comprises thousands of chemicals, of which at least 70 cause cancer.

Most of the substances come from the burning tobacco itself.

There are also radioactive materials in the tobacco leaves used in cigarette and cigar manufacturing.

The amount of these materials depends on the fertilizer and soil used in tobacco farming.

The radioactive materials are released in the tobacco smoke, which is inhaled into the lungs.

Although nicotine is the addictive substance in tobacco, it is the chemicals from the burning tobacco that is the primary cause of harm.

Smoking harms almost every organ in the body and leads to disability and death.

Smoking also increases the risk of tuberculosis, certain eye diseases and diseases of the immune system, including rheumatoid arthritis.

Tobacco harm reduction (THR) refers to a policy, strategy or intervention that aspires to lower the risk of the adverse consequences associated with the continuation of tobacco-smoking.

Such interventions have focused on the utilization of innovative nicotine products, reduced tobacco consumption and pharmaceutical medications.

It is important to remember that uncontrolled use of nicotine is associated with harms like increased risk of cardiovascular, respiratory and gastrointestinal disorders; carcinogenesis (formation of cancer); impaired immune response; and adverse effects on reproductive health.

As such, there should be no encouragement to start on nicotine or its products.

Most of the harmful substances in tobacco are caused by its burning during the process of smoking. — AFP

The nicotine in tobacco is very addictive, i.e. once a person starts smoking, there is a compulsion to continue.

Smoking can also lead to further drug abuse and misuse.

Many smokers would like to stop smoking, but it requires multiple persistent attempts as the success rates are small.

Nicotine replacement therapy (NRT) is the administration of low doses of nicotine to replace the nicotine in tobacco.

This is to reduce the desire to consume tobacco, as well as nicotine withdrawal symptoms, in order to ease the transition from cigarette smoking to complete abstinence.

The UK Royal College of Physicians (RCP) in its 2016 report stated that NRT is “most effective in helping people to stop smoking when used together with health professional input and support, but much less so when used on its own.“

E-cigarettes are marketed as consumer products, and are more popular than NRT as a substitute and competitor for tobacco cigarettes in many countries.

It appears to be effective when used by smokers as an aid to quitting smoking.

They are being used by confirmed smokers either as alternatives to smoked tobacco in their efforts to reduce harm to themselves or others, or to quit smoking completely.

E-cigarettes are currently not produced to the same standards as that of pharmaceuticals, with varying production standards in the different devices.

They are believed to likely be more hazardous than NRT.

However, it is also believed that the risks to health from long-term usage of e-cigarettes is unlikely to exceed 5% of the harm from smoking tobacco, according to the 2016 UK RCP report.

It is hoped that improvements in technology and production standards can reduce the long-term risks of e-cigarettes.

The Cochrane Review on Electronic Cigarettes for Smoking Cessation found that smokers were likely to stop smoking for at least six months by switching to vaping with nicotine e-liquid, as compared to using NRT, nicotine-free vape or behavioural support.

There are concerns about e-cigarettes increasing tobacco smoking.

They include its appeal to young people to start smoking in the first place, and being used for temporary (versus permanent) abstinence from smoking.

Some quarters advocate the use of e-cigarettes, NRT and other non- tobacco nicotine products as a substitute for smoking in many countries.

However, THR interventions have had limited success in reducing tobacco-related exposure, illness or death.

Consequently, there is a need to broaden the range of potentially effective THR strategies.

This was put succinctly in the Federation of Private Medical Practitioners Associations, Malaysia’s (FPMPAM) position statement on Oct 10: “THR is not the sole answer to the public health devastation caused by smoking.

“Rather, it holds the potential to complement evidence-based prevention and cessation interventions.

“We urge all policymakers, regulators, healthcare practitioners and relevant NGOs to examine all dimensions of this issue, consider all the pros and cons, risks and benefits, and to encourage healthy debate before any policy on THR is cast in stone.”

The FPMPAM pointed out that the benchmarks in THR need to include:

In short, THR cannot be approached in a simplistic manner.

Tobacco companies push their presence in Malaysia during pandemic 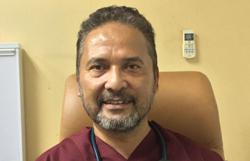 Housework linked to sharper memory and better falls protection in older adults
Is it healthy for kids to be vegetarians?
Men, don’t ignore your symptoms - it could result in sudden death
Does having chicken soup for your cold really help?
When food poisoning causes a high fever
Will my child's fertility be affected by the Covid-19 vaccines?
Helping abused children cope with the emotional consequences
When will we know the Covid-19 pandemic is over? Premium
You may have heart disease, but exercising is still good for you
Prediabetes: Your chance to prevent type 2 diabetes