Is a tremor always caused by Parkinson’s disease?

While tremors in the hands are probably the most noticeable, they can actually occur in any body part. — 123rf.com

There are many causes of tremors, which is an unintentional and uncontrollable rhythmic movement of one part or one limb of your body.

It does not always signify Parkinson’s disease.

While the hands may be the most noticeable part of the body to have a tremor, this symptom does not always have to occur in your hands.

It can occur in any part of the body and at any time.

However, it is important not to confuse muscle spasms and twitches with tremors.

A muscle spasm is an involuntary contraction of your muscle.

A muscle twitch is an uncontrolled fine movement of a small portion of a larger muscle.

Are you sure your friend is having a tremor and not a muscle spasm or twitch?

He says he is very sure it is a tremor.

Well then, there are two types of tremors: resting and action.

Resting tremors are when you’re sitting or lying still.

Once you move around, the tremor actually goes away.

Resting tremors often affect only your hands or fingers.

Action tremors occur when you move the affected body part.

Action tremors are further divided into:

What type of tremor happens in Parkinson’s disease? That is what he is most afraid of.

A Parkinson’s tremor is a resting tremor, and it occurs early in the disease.

Other than Parkinson’s disease, what causes tremors to develop?

Tremors can be caused by many things.

Some of them are mild, and you need not worry too much about them.

Some are quite serious.

Causes of tremors include:

What is Parkinson’s disease?

Parkinson’s disease is a brain disorder that causes some uncontrollable movements, such as tremors, shaking, stiffness, and difficulty with balance and coordination.

Most people develop it after the age of 60.

It occurs more often in men than women.

Parkinson’s disease happens because the nerve cells in your basal ganglia, which is in an area of your brain that controls movement, are impaired or dead.

To this day, no one knows why the cells in the basal ganglia just die like that.

After a while, many people have difficulty with walking and talking.

How do I recognise early Parkinson’s disease?

Here are 10 signs that might indicate you have early Parkinson’s disease.

If you have just one of these signs, it is OK – you need not worry so much.

But if you have two or more of these signs, then you should consult a neurologist.

Is there any cure for Parkinson’s disease?

There is no cure, but there are medications containing levodopa that will help alleviate the symptoms.

They can be ingested, inhaled or infused.

There are also many other types of drugs that can be used to help treat Parkinson’s disease, along with levodopa.

Dr YLM graduated as a medical doctor, and has been writing for many years on various subjects such as medicine, health, computers and entertainment. For further information, email starhealth@thestar.com.my. The information provided is for educational and communication purposes only, and it should not be construed as personal medical advice. Neither The Star nor the author gives any warranty on accuracy, completeness, functionality, usefulness or other assurances as to such information. The Star and the author disclaim all responsibility for any losses, damage to property or personal injury suffered directly or indirectly from reliance on such information.

Are these regular breakfast items healthy to eat?

Eggs, potatoes, red meat: Are they healthy to eat?

Sadly, this is what ageing does to your skin

Why we forget things: What to do to improve your memory 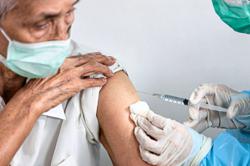 Meal tips to avoid that post-lunch coma while working
Can you shake it up and move all around?
Why can’t I sleep well? These could be the reasons
Three types of long Covid-19 identified
Number of young Malaysians having sex has doubled since 2016, survey finds
Lick this to see how much alcohol you have in your blood
Give your baby the best start with breast milk
New drug hailed as first new way to treat acne in nearly 40 years
People with autism need more support at community and societal levels
Had a gout flare-up? You could be more prone to a heart attack afterwards